Marco Asensio: Is this Prodigy Ready to Break Through at Real Madrid? 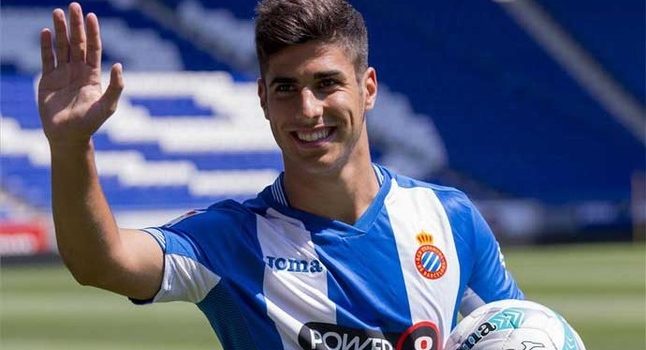 Marco Asensio: Is this Prodigy Ready to Break Through at Real Madrid?

Real Madrid starlet Marco Asensio, who is currently impressing on loan at Espanyol, is starting to live up to his hype after some excellent displays at the Estadi Cornella-El Prat this season – is the teenager now ready to break into Real’s first-team?

Asensio was snapped up by Los Blancos for a snippet price of just £2.5m from Mallorca last December, with Real Madrid loaning him back to Los Bermellones for the rest of the campaign. The attacking midfielder scored seven goals in 45 league starts for Mallorca during his breakthrough year at the Iberostar Stadium, prompting Real Madrid to make a swift move for him.

When it become clear that the Spanish giants were willing to send Asensio on loan yet again in the summer, the Spain U21 international certainly wasn’t shy of any suitors. It was Espanyol who won the race to snap him up for the season, and it’s safe to say that the Barcelona-based club are reaping the rewards of persuading Real Madrid that Espanyol was the right place for him to be.

Since arriving at Espanyol, the superb playmaker has had a hand in an awful lot of their goals. He plays with a mature head on young shoulders, nothing seems to faze him and he’s almost certainly destined for greatness.

Of course, we must not forget that Asensio is only 19, and he still has a lot of developing to do – however, his fine performances so far this term just prove even further why Real Madrid were so desperate to fend off the likes of Barcelona, Bayern Munich and many others for his services.

Asensio is at the forefront of the assist chart with the likes of Gareth Bale and Neymar with five assists to his name already - and the impact he’s had on the Espanyol side is plain for all to see.

For now, the exciting youngster is developing nicely at the Power8 Stadium, and if he carries on performing at the same consistent level, then it won’t be too long until he’s knocking on Rafael Benitez’s door for at first-team chance at the Santiago Bernabeu.