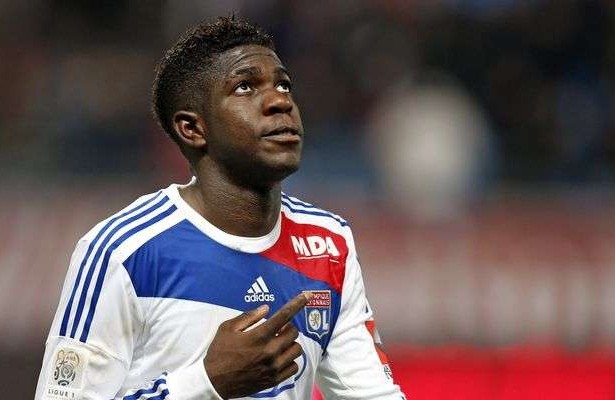 Days after confirming interest from the Liga BBVA, Olympique Lyonnais president Jean-Michel Aulas verified on July 1 that he had reached an agreement with Barcelona over the sale of highly-coveted defender, Samuel Umtiti.

He is Barcelona’s second signing of what should be a quiet summer for the club.

In the wake of Marc Bartra’s move to Borussia Dortmund and Barcelona’s failed attempts to bring down Paris Saint-Germain talisman Marquinhos, Barcelona were in desperate need of defensive reinforcements, especially with Thomas Vermaelen being injury-prone and Jeremy Mathieu proving to be an unwise investment.

However, the La Liga champions were forced to be on the lookout for low-priced options as tying top performers such as Lionel Messi and Neymar da Silva to long-term deals was at the top of the agenda this summer.

Barcelona president Josep Maria Bartomeu revealed that the Catalan juggernauts could shell out only €60 million in transfers this summer.

With Dani Alves still not replaced, they should keep the reserves in order to be able to in a financially commanding position when they negotiate a deal for Hector Bellerin, Joao Cancelo, or Matteo Darmian.

Luis Enrique is believed to have turned his attention to Umtiti, whom they were able to sign for €25 million, accordingly.

With none from the fabled La Masia academy on the verge of a first-team breakthrough, signing Umtiti now seems a shrewd decision, especially since he is only 22.

Born in Cameroon, Umtiti chose to represent France; he has played for every age group and only recently earned his first cap in the 5-2 rout of Iceland in the European Championship quarter-finals, thanks to Adil Rami’s suspension.

At a tender age of 22, he has considerable experience under his belt, making 170 competitive appearances for Lyon, with whom he lifted the Trophée des Champions and Coupe de France once.

He has not suffered any serious injury so far, missing only 16 days of professional career thanks to a minor hamstring injury in March 2014. Suspensions have also not derailed his progress as he has only been sent off once in his five-year Lyon career.

In addition, for a stocky defender with a strong tackle, he has amassed only 29 yellow cards so far — one every six games.

Predominantly a left-sided centre-back, he can also operate as a left back. Known for his ball playing ability, he fits the bill for a Barcelona defender.

Although his aerial skills hardly stand out, he makes up for it with his sturdy frame. He also boasts a spectacular left foot and has a knack for scoring stunners out of nowhere.

With Gerard Pique having made one of the two centre-back positions his own, Mathieu, Vermaelen, and Umtiti will likely tussle for the other.

By the looks of things, the former two will be booted out by the newly-capped French international.

Besides, given his ability to operate down the flanks, he can be deployed as a makeshift left-back should Jordi Alba be on the sidelines.

At 22, he will be lucky to get more than 20 La Liga starts next season.

Should he emulate his Lyon performances in front of the Camp Nou audience, he will proceed to achieve greatness with one of the most successful European outfits.