Lionel Messi: Why the Barca star’s dribbling style is so special

Lionel Messi: Why the Barca star’s dribbling style is so special 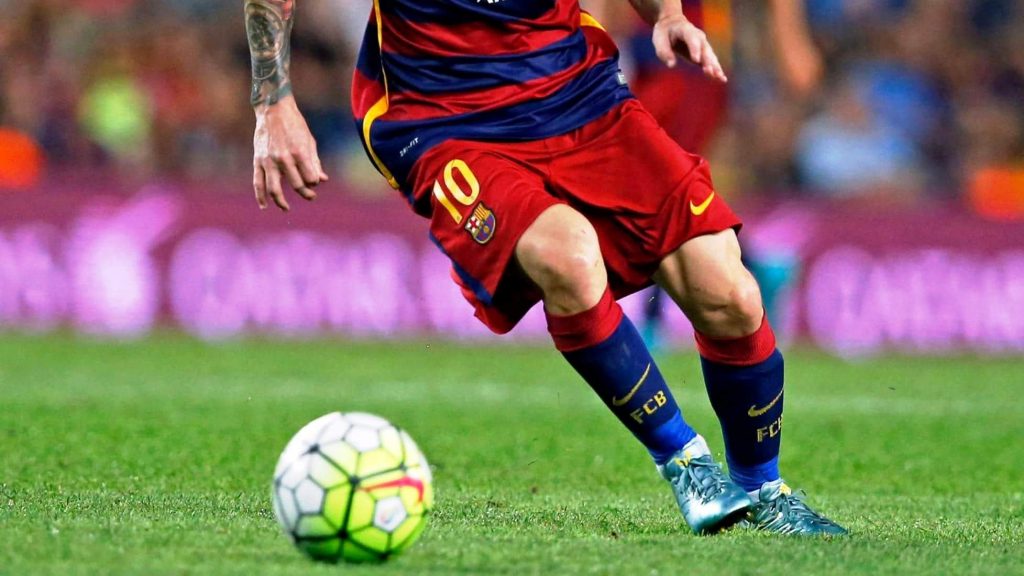 We looked through Quora threads on ”What is so special about Lionel Messi, arguably the best player in the world is known for his dribbling style which helps him score lots of beautiful goals consistently that makes us all marvel?” and found some interesting answers from people.

We picked out the best.

Every great magic trick consists of three parts or acts.

The first part is called “The Pledge“.

The magician shows you something ordinary – he starts the run at a minimal pace, straight at you.

You are backing off gently or just covering your territory because it doesn’t make any sense to move.

There’s nothing alarming about the situation – you’ve been in plenty of such benign one on ones with other attackers before.

He is getting closer to you, into your territory, where you feel comfortable and want him to be.

It’s almost as if he’s inviting you to inspect the ball; to win it off him. But of course, that probably isn’t his intention.

The second act is called “The Turn“.

The magician takes the ordinary run and makes it somewhat extraordinary.

Shifting his body weight on to his left side, he takes a couple of strides away from you.

Now you’re looking for the reason… but you won’t find it, because of course you’re not really thinking.

In fact you are confident that you can track him and win the ball with your stronger right foot. You know he’s going to bamboozle you. But you wouldn’t clap yet.

You are waiting for him to falter, take a touch too heavy.

And then you decide it’s time to intercept and stretch your right leg forward into the path of the magician.

That’s where he pulls off the third act, the hardest part, the part we call “The Prestige“.

Your right foot is on his path, where you want it to be.

But he is more ingenious than you thought. And quick too.

With a simple flick, he has put the ball into that minuscule pocket of space between your rooted right foot and the next defender at whom he has already set his eyes on.

And then he jumps and glides over your challenge, that low center of gravity helping him regain his composure and the ball.

Once completely in control of the situation, he proceeds on to the next guy and then the next and so on and so forth.

All you can see is the back side of his number 10 jersey with the name written on it.

His close control is a huge part of why he is so skilled at dribbling. But I think there are countless other things that make his dribbling good.

He makes subtle moves to throw defenders off.

I’m not talking about elaborate step-overs, but subtle drops of the shoulder and hesitations. His hesitations are brilliant.

Sometimes he’ll slow down, letting the defender think he is about to stop, then he speeds up again, losing his marker.

Deception is a large part of why he is so good. He masks his true intent very well.

Another important point is his acceleration.

It’s not speed that beats defenders, but the ability to go from a slow speed to a fast one in a short period of time.

Messi’s small stature make him able to accelerate at a blistering pace. Because he has less mass to move, acceleration is easier for him.

He’s not the fastest player out there, but he can beat defenders because he accelerates faster than anyone.

He is better than anyone else at dribbling because of his brilliant mind.

Messi knows where the space is, and instinctively dribbles into it.

He’s not always dribbling to beat defenders; sometimes he makes a run to drag defenders towards him, then he makes an incising through ball.

When he dribbles, he does so laterally. He’ll cut across the field, dragging defenders with him.

This creates space on the field for everyone and provides angles for passes.

When the time is right, he’ll lay off a through ball for his teammate.

Confidence in his abilities

Lastly, he is special because he has an attitude towards dribbling that says: “I can beat you”.

He doesn’t mind taking on four defenders because he knows he has the ability to beat them. Instead of being timid on the ball, he has tenacity.

Aggression is a large part of his game.

Without his tenacious attitude he wouldn’t be nearly as good.

Those sudden bursts of pace

Simply put, sudden bursts of pace while changing direction while faking it with at least 2 skills while there is no space to run into with 4 players around (sometimes > 5) and all this while having close control.

Then, make a motion to move straight ahead, take a small step or two, now try turning 90 degrees to your right while bursting into your top speed in a fraction of a second or a second, sprint for 3-5 seconds and make a sudden stop while turning 90 degree to your left at that speed.

Do this without the ball for 10 minutes. You’ll know why Messi’s dribbling is adored.

*This post was published with permission from Scout Afriq.

To read more of his work, then please check out this fantastic website: Scout Afriq