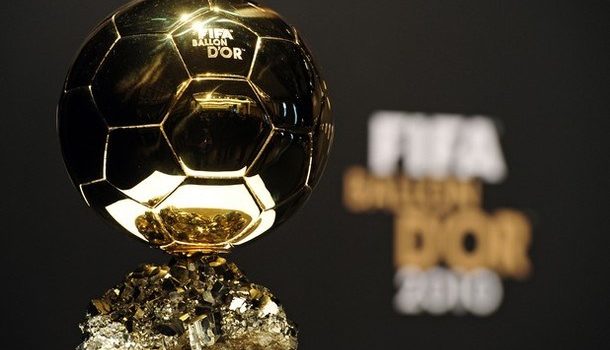 On 29th October, FIFA’s Football Committee and a group of experts from France Football decided on the 23 man shortlist for the 2012 Ballon d’Or awards and the winner will be announced on 7th January 2013.

Here are who I think are the six most likely candidates to win the award, as well as the surprise package.

I think Messi sits firmly on top of everyone’s list, unless you support Real Madrid of course, but even then he should definitely be considered. He had a record breaking season, becoming the top scorer in Barcelona’s history with a magnificent 223 goals. He also scored 72 goals in all competitions, and for that stat alone deserves a place on the Ballon d’Or shortlist.

When I watched Messi, I was mesmerised by his immense first touch, pin-point passing, natural finishing and being in the right place at the right time. Some people argue that he wouldn’t be able to do what he does without his teammates from Barcelona, but I’d have to disagree.

The only thing that would make Messi the greatest ever would be if he could replicate is club form for his native Argentina on a consistent basis. Messi has also won the Ballon d’Or for the past three years.

Agϋero enjoyed a fantastic début season for Manchester City, which saw them crowned Premier League champions. After he signed for the Blues from Atletico Madrid in the summer of 2011 for around £35-38 million, he became an instant hero and a fan favourite.

Agϋero scored 30 goals for the Manchester Club in all competitions and scored the winning goal on the last day of the season against Queens Park Rangers, which saw the Citizens win their first Premier League title for 44 years. He won the clubs player of the season, and also the clubs goal of the season award.

His natural finishing and overall gameplay is great to watch, and if you’re ever in need of a goal, Sergio Agϋero will almost certainly help you out.

It’s not always easy in your first season for a club, let alone in another league, so to have the season he had deserves to be recognised.

 Falcao had a very successful 2011/12 campaign for Atletico Madrid. He helped Madrid lift the Europa League title, contributing two goals in the final, and also finished top scorer in the competition with a magnificent 12 goals in only 15 games.

He also scored a hat trick versus Champions League winners Chelsea in the annual Super Cup, to ensure their triumph. He has attracted scouts from all over the world, and he is also on fire for Colombia. He is an all-round striker and scores all types of goals, and he really impressed me.

He certainly deserves to be on this shortlist and in my top six.

 Touré was impressive during Manchester City’s road to the title last season; his influential performances didn’t go unnoticed. He was a key part to City’s success, and his performances from midfield, whether that be in a defensive role or from a more advanced position, were world class.

He also came up with many important goals, most notably his brace against Newcastle United, which saw Manchester City edge closer to the title with only one game left of the season. His immense power in midfield gave defenders nightmares, and he was a constant threat.

When he left Man City for a few weeks whilst he was away on international duty, the club really struggled, and if it wasn’t for him, then maybe Manchester City wouldn’t have clinched the league title.

 Pirlo had a magnificent season for club and county. He won the league title with Juventus, who went the whole season unbeaten. He was a midfield metronome in the European Championships, keeping things tidy in front of the Italian defence with his creativity and ability to read the game extremely well.

On the back of that, Italy got to the final where they unfortunately lost out to reigning champions Spain, although he helped get them into the semi-final with his creative chipped penalty against England.

His precision passing could grace any league, and at 33 years of age, his ability is still up there with the very best.

 Ronaldo led by example as captain of Portugal in their quest for Euro glory. They reached the semi-finals, all thanks to his three goals. He went on another record breaking season for Real Madrid, scoring 46 goals to propel them to the La Liga title.

His skill is irreplaceable and utterly brilliant, and the way he strikes the ball is so effortless I sometimes wonder if he is actually human!

Iniesta is perhaps unlucky not to get in my top six. He was crowned UEFA’s Best Player in Europe ahead of Messi and Ronaldo, and he also won the 2012 European Championships with Spain, which saw him named as the best player of the tournament.

I think he’s immensely underrated, and he is equally as effective on either wing or through the middle. He certainly has an eye for a pass, or a shot for that matter, and when I’ve seen him play (which hasn’t been too often) he has impressed me a lot.