Juventus: Why this year could be the Old Lady‚Äôs year for Euro glory

Juventus: Why this year could be the Old Lady‚Äôs year for Euro glory 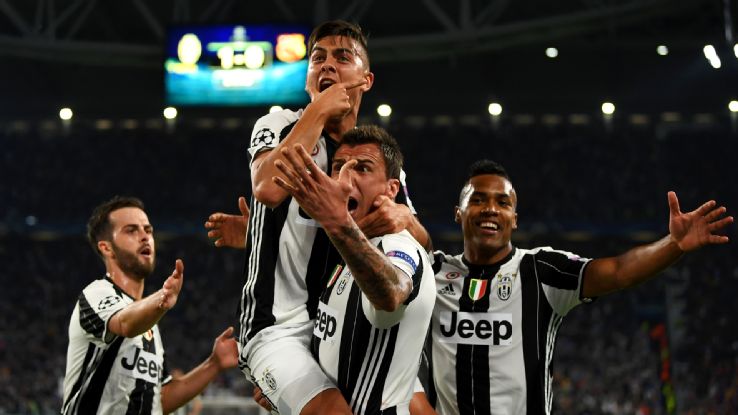 Turin was rocking on Tuesday night.

‘The Old Lady‚Äô, two years after their Champions League final defeat to Barcelona, extracted revenge, as Dybala stole the show in a 3-0 first leg win just like this Sportingbet code.

However, what really seemed evident was the statement of intent from Juventus, and they certainly put out a strong message that this year could be their year.

With their sixth consecutive Serie A title looming, their domestic dominance hasn‚Äôt transpired to the Champions League.

Only reaching two finals since the turn of the millennium, and losing both, the club have always felt the frustrating lack of European success has been missing from the club.

Although you have to admit Barcelona seemed a shadow of the side we have seen grace Europe over the years, this Quarter Final draw gave Juventus the chance to lay down a marker.

And they did just that.

A fantastic, yet hostile atmosphere off the field, went hand in hand with a performance on the field, that showed spirit and determination, both of which beautifully executed with tactical superiority over their Catalan opponents.

The work rate over the 90 minutes was a big factor.

Messi was always overshadowed, and ensured he wouldn‚Äôt be given the space that so many teams allow him to have.

They compacted the midfield, kept bodies on the edge of the area, and made MSN go AWOL.

One pre-match concern seemed to be the midfield partnership of Pjanic and Khedira.

Two very good midfielders, but would they be the right players with a defensive mind to protect the back four? Something which becomes so important against a team like Barcelona.

The answer was yes. They played out their roles to perfection.

Dybala again showed why he will be a wanted man come the summer.

His stats spoke volumes, not in quantity, but accuracy. 3 shots on goal, 2 on target, and 2 goals.

Juventus knew they had to take their chances, and so they did, with help from the most clinical striker in Europe.

Despite few chances falling between them, they defended from the front, pressing onto the back 4, and offering their defensive services at the same time.

Mid-way through the first half, when Messi found a pocket of space on the wing, it was the winger Mandzukic, who had tracked back to cover and see the ball behind.

The importance of Buffon‚Äôs first half save cannot be underestimated.

Less than 90 seconds after superbly preventing Iniesta from levelling the tie at 1-1, Dybala had doubled Juve‚Äôs lead at the opposite end.

The celebration from Buffon following the save, shows us just how much this competition means to him.

After nearly 500 appearances, and 16 years with Juventus, the Italian number one has made it clear that a Champions League winners medal is missing from his large collection of silverware.

With the shot stopper now 39, he must be wondering how many opportunities he has left to achieve this.

The experience of Bonucci and Chiellini is key, and fantastic performances from Dani Alves and Alex Sandro helped to secure a clean sheet that was so important for them ahead of the second leg.

Belief has returned to the club

Allegri was more than aware of Barcelona‚Äôs strengths, stating in the build up to the game that the players ‘had to believe‚Äô.

Ex-players, including Pavel Nedved, claimed Juventus were a stronger side now than the previous sides that have just fallen short of success in recent years.

This added expectation could have been a downfall for Juventus. However, they thrived under it.

Not just the players, you could sense the whole club realised just what this meant, from the coaches right through to the board and president.

Prior to the match, the club had ran the motto ‘It‚Äôs Time‚Äô, even displaying this on their pre-match tifo.

The belief has never been so strong.

Second leg should be sewn out

They should see out the second leg.

I don‚Äôt expect a repeat of the extraordinary comeback that PSG saw themselves of the wrong side of last month.

Juventus will be aware of this.

The experienced players will ensure that complacency does not become an issue.

They know they will probably need to score, but I expect a real spirited battling performance at the Nou Camp.

The type of performance that is far from beautiful, but one that will be necessary.

Juventus have the qualities to play in many ways, and Allegri will know how to see off the posing challenge Barca will undoubtedly throw at them.

Why Juve stand out

So what makes Juventus stand out more than the remaining sides left?

We know the strength of both Bayern Munich and Real Madrid, and Atletico Madrid, who have themselves have become accustomed to reaching the last 4 in recent years.

I‚Äôm not saying Juventus are guaranteed winners or even that they are stronger than their rivals.

However, no one will fancy facing a trip to Turin. Juventus have made their home a fortress.

The fans are on top of you in a tight and compact stadium. Juve haven‚Äôt lost at home in any competition since the end of 2015.

Their best chance in years

The club and its supporters feel this is their best chance in years.

Allegri is the master tactician, and I don‚Äôt think any side left in the competition are as strong defensively as Juventus are.

Added to that, the power in midfield and the clinical front line, this team is perfectly balanced as a unit, and the formulas are in place to launch a serious challenge.

If there is ever a year that is set up for them to be champions of Europe, this is the one.

Battling until the end

There is a well known phrase amongst Juventus fans ‘Fino alle fine‚Äô, which translates as ‘until the end‚Äô.

These players will battle until the end, and together, the club will chase the dream of a first Champions League win since 1996.