Newcastle: Why Premier League teams should be wary of the Magpies 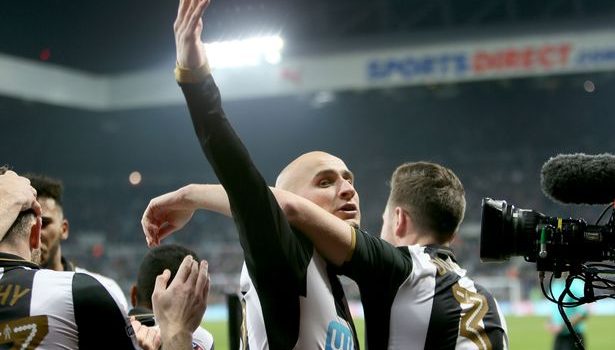 Newcastle: Why Premier League teams should be wary of the Magpies

It certainly isn’t uncommon to welcome back a recently-relegated club back to the Premier League, especially after only spending one season down in the Championship, Newcastle United are one of the few teams to have accomplished this.

It’s not even their first time: having done it back in 2009/10 as well behind the unstoppable force of Andy Carroll racking up 19 goals in the league.

Newcastle were able to reap the profits from their superstar players, continuing to flourish with the pickup of Demba Ba and Papiss Cissé at the time.

It all amounted to nothing as during the 2015/16 season following the blatant failures of Steve McClaren and refusal to replace him alongside the crisis of overpaid mediocre players’, the club tumbled out the Premier League.

Benitez to the rescue

Rafael Benitez’s appointment as manager of the club on March 11, 2022 meant he had to suffer the actuality of relegation, despite ending the season with a six match unbeaten run with an unforgettable farewell seeing off third place: a 5-1 win against Tottenham Hotspur.

Performances like this continued in the Championship as they dominated the goal difference across the league with 42, while first place Brighton sit behind them with 34.

Newcastle United inevitably gained promotion and are currently hunting down Brighton for the glorious top spot, which is looking very likely.

With the team boasting an almost entirely different team since the last time the Premier League saw them they pose a whole new threat, with some recognizable faces such as the likes of Jonjo Shelvey -

The angry ex-Liverpool midfielder, Christian Atsu – the reject- I mean loanee from Chelsea, and Dwight Gayle – the baby-faced killer acquired from Crystal Palace.

Assists from Shelvey (and suspensions), the danger on the wing from Atsu, and Gayle bagging the most goals for the club despite being injured for almost a month now have all played a massive part in the Toon Squad’s quick return to the top flight.

The threat of Newcastle can be summarized by talking about their manager, Rafael Benitez, but it would be way too easy to talk about how he is a two time winner of the UEFA Europa league, winner of the Champions League and the FA Cup, and also how he managed Liverpool with a 55.4% win rate over 350 games (including the Champions League), but like I said that would be too easy so I’m not going to do that.

Instead let’s delve into some of the squad depth they have Aleksandar Mitrovic and Daryl Murphy, two reasonable strikers and both back-up rotation players.

This just goes to show the trust Benitez has in the first team line-up he picks and there is no doubt this will carry over to the Premier League, new star players will be born because of this; a quick shout out to Jamaal Lascelles.

This guy is one to watch; great defender already making appearances for the Under-21 and below England squads.