Riyad Mahrez: Can Leicester Hold Onto Their Most Prized Asset? 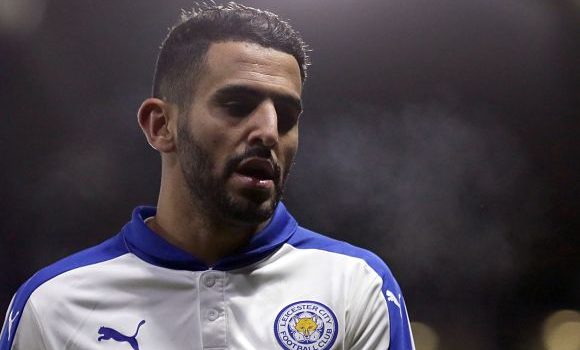 Riyad Mahrez: Can Leicester Hold Onto Their Most Prized Asset?

Leicester City have apparently placed a £45 million price tag for winger and Algerian international Riyad Mahrez, according to reports by BBC Sport.

Jamie Vardy may have stolen all the headlines last season for his goal scoring capabilities, inspiring grass to grace story and not forgetting the simple fact that he is English, but Riyad Mahrez played an intricate role in advancing Leicester City’s title charge.

The 25-year old bagged 18 goals and 11 assists in just 40 appearances, a fate that saw him rightfully accorded the PFA Player of the Year award.

In a way the stipulated price may be meant to repel possible interests- as Claudio Ranieri has vividly expressed his continued intentions to retain the forward, but the champions have likewise made it apparent that they are willing to sell: this following the £30 million departure of N’Golo Kante to Chelsea.

Once a virtual unknown

Much like his attacking partner Jamie Vardy, Riyad Mahrez was virtually unknown to the English media at the time of his arrival at the King Power…but who would blame them?

In 2014, the then 22-year old joined the Foxes from Le Havre - a team in the second tier of the French league.

It’s an easy giveaway that the transfer fee wasn’t much.

Mahrez is not the tallest, standing at 5 feet 10 inches, neither is he the most physically endowed, but the Algerian international can make himself an annoying little rascal.

He has an apocalyptic burst of pace with an arsenal of trickery and an effortless, gracious ability to gallop past players, making him a defender’s worst nightmare.

Faithful at the King Power stadium won’t like it, they are not supposed to like it, but it is becoming increasingly harder to see Mahrez adorned in Leicester colors next season particularly with reported interest from Barcelona, Chelsea and Arsenal: European powerhouses not afraid to break the bank to sign the very best.