Zlatan Ibrahimovic: The Premier League’s Signing Of The Summer? 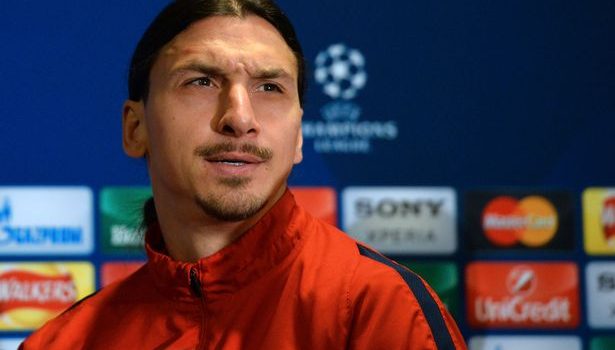 Zlatan Ibrahimovic: The Premier League’s Signing Of The Summer?

Arsenal came out the blocks quickly and just 4 days in, signed Granit Xhaka who is a great midfielder as well as the fairly unknown Takuma Asano.

The likely signing of Paul Pogba for a reported £100 million would be a huge signing for Manchester United and will certainly be a big boost in pushing the team in the right direction, post Alex Ferguson.

Signings are subjective to the player and team they’re going to. For example, Arsenal are in desperate need for a striker and someone to take charge on the field.

If Ibrahimovic went to Arsenal, then that would have been a more important signing for Arsenal because of their attacking needs.

Chelsea started slow which could be partially due to their newly appointed manager Antonio Conte being at the Euros with Italy, where he reached the semi-finals.

Towards the end of the Euros, things started to heat up as Chelsea signed young Belgian forward Michy Batshuayi. The £32 million signing of Kante was a brilliant piece of business by the Blues.

Manchester City have gone slightly under the radar with their signings, without spending massively they have acquired two quality players in Ilkay Gundogan from Borussia Dortmund and Nolito from Celta Vigo for a combined £34 million.

Liverpool go under the radar when it comes to signings, not to be confused with small transfer fees but they hardly get into bidding wars, they identify their REALISTIC targets and aren’t afraid to splash the cash.

£34 million on Sadio Mané and £25 million on Georginio Wijnaldum can go either way and only time will tell if these signings were great pieces of business or not.

Chelsea are still in for a striker.

Romelu Lukaku and Alvaro Morata have been identified as their preferred targets, despite the signing of Michy Batshuayi which could spell the end of Diego Costa’s time at Stamford Bridge.

Jose Mourinho said he wanted four specialists to join his Manchester united side, so far the Portuguese manager has made three signings: a centre back, an attacking midfielder and striker.

The singing of central midfielder Paul Pogba would complete a quartet of signings, but I highly doubt that with what seems to be unlimited funds at his disposal. Jose Mourinho will only make four signings, in my book.

Arsenal fans are starting to become slightly worried and feel that all too familiar feeling that they are again being left behind in the transfer market.

Personally, I believe it’s a bit premature and Arsene Wenger still has a few signings left to make.

Julian Draxler, Gonzalo Higuain or Icardi would all be amazing signings for the Gunners but only time will tell if Arsene will pull them off.

Signing of the summer so far has to be…

There are many factors which make a transfer a good transfer but even at 34, Zlatan Ibrahimovic on a free transfer is a brilliant piece of business by Manchester United.

The signing of Mkhitaryan for only £26 million is a very close second and Chelsea’s signing of Kante for £32 million rounds up my top three signings of the summer so far.

This is certainly just the beginning with 45 days left in the transfer window and last year’s record summer total of £822.5 million already broken, this will be the year we see the total summer expenditure reach £1 billion.