Game of Football: Football figures and their Game of Thrones lookalikes

Game of Football: Football figures and their Game of Thrones lookalikes

With Game of Thrones now a month off our screens, I am sure many of you are getting withdrawal symptoms just as I am.

Thankfully, we have the start of the new football season to fill the gap.

But it got me thinking, in a bizarre Game of Thrones football crossover, who would play who?

With this in mind I have matched some of GOT’s most famous characters to footballers.

Beware, if you haven’t seen the show it will contain spoilers.

An easy and fairly obvious pairing to start off with. The two both share a set of similar traits.

Although CR7 has never attacked any children and still has use of all his limbs, both are good looking guys and wildly talented in their fields.

They also both love telling everyone just how good they are at what they’re doing.

I wonder if they know what the word modesty means.

This comparison is purely based on Pepe on field perception. I highly doubt he is a mass murderer!

But both men have tendency for drama, whilst also giving out their own determination of justice.

By this I mean Joffrey cutting out someone’s tongue and Pepe stamping on someone’s hand.

The pair also love a bit of play acting and more than making the most of things.

A classic case of two loyalists.

Despite everything that Jon has suffered, including all the tests he has been put through his loyalty for The Night’s Watch has never wavered.

Except, when he was murdered of course.

In comparison Stevie G stayed at Anfield for 17 years rejecting the advances of Chelsea, Bayern Munich and Real Madrid, until finally moving on to LA Galaxy, after some say he was betrayed by Liverpool.

Both are fierce and pretty excellent at what they do!

On a physical level, both are relatively similar.

Both were told they were too small to make it to the top, yet both have defied the odds and got there.

They both make up for a lack of physical presence, with an excellent mind, and tactical genius.

Both men are loyal to their houses, but perhaps more so Messi after Tyrion killed his father.

Despite this though, both men are still fan favourites and adored where they are. 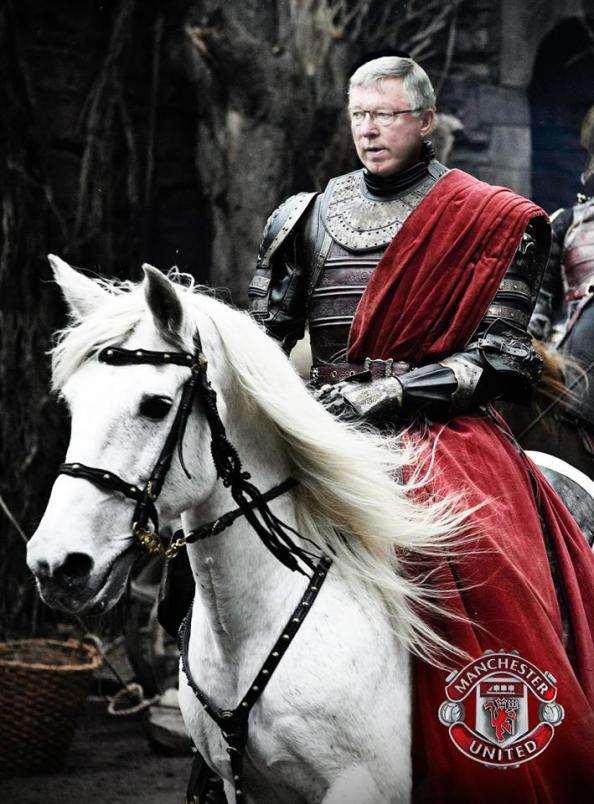 Perhaps the most obvious pairing on here!

Both men are fiercely competitive and will be ruthless to get to the top.

The two have huge experience and always seem to know what best, they know when to cut dead weight and when to bring in new faces.

Cross these two guys and you will quickly be shipped out. You only need to look at Robb Stark or David Beckham.

With so many characters in GOT it was hard to go through them all, but this is my pick of the bunch.

Perhaps it highlights why both Game of Thrones and the Premier League are so wildly successful.

Because they are more similar than you might think!