The Europhile: Are We Witnessing Cristiano’s Descent at Euro 2016? 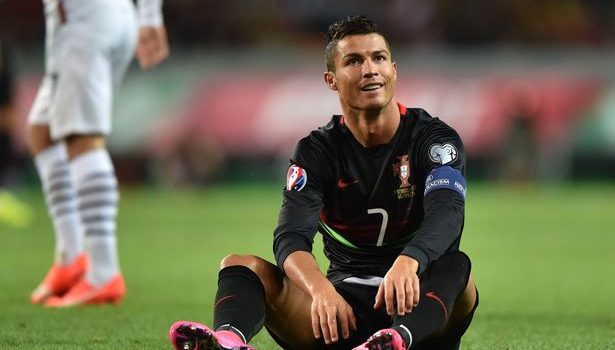 The Europhile: Are We Witnessing Cristiano’s Descent at Euro 2016?

Cristiano Ronaldo is undoubtedly one of the finest talents to grace the beautiful world of football.

The accolades and the records smashed by the man from Madeira goes to show how much you can achieve in football if you put hard work into everything you do, but has this come at a price for Cristiano? Let’s discuss.

It’s hard to believe (it even makes a young writer like myself feel old) that Cristiano is now 31, yes that is right he is 31. He’s definitely seeing the right dermatologist, but Cristiano’s determination and drive seems to be the downfall of himself in recent years.

This weekend’s performance against Austria was, in my mind, obviously one of those games where the universe and its dog is against you – I see that very clearly.

However, with Cristiano’s body under such pressure from an unbalanced Real Madrid side and a club president that wants more and more each season, can we seriously expect anymore out of a man who is now 31 and exerting himself as much as he is? I think not - this is the beginning of the end of Cristiano Ronaldo as we know it.

Last season alone he played just under 50 competitive football matches and still managed to fire Real Madrid to another Champions League title, but it’s time to call a halt to the peak of Cristiano’s powers.

As time as gone by the perfectly PR’d veil that Cristiano manages to construct every time he is at a press conference, a mix zone or at a corporate event seems to slip a tiny bit.

Prime example are his comments about Iceland after a frustrating 1-1 draw with the small nation, who barely have enough sunlight throughout the year to develop players let alone qualify for a major tournament.

These aren’t the comments of the professional footballer we all grew to love as he strutted his raw talent down the channels of Old Trafford, these are the words of a footballer frustrated that he cannot do what he has once done before. A player physically in a decline because of age and he knows he can do little about it.

Whether playing less football is in Cristiano’s DNA or even something he’d consider is another debate, but for now it’s evidence that the still-fantastic and one of the world’s best footballers is declining physically and it’s affecting him on and off the pitch.

Whatever happens in this tournament for Portugal and Cristiano, he’ll always be remembered for the sheer amount of quality he brought to the game of Football and not for the ill-thought-out comments.

Moving forward, it’s looking more imperative that Cristiano’s playing schedule is managed so that he can perform at his best week in week out. Will Ronaldo go with his head or his heart?

A man that wears his heart on his sleeve, it’s easy to predict he’ll go with his heart.