The Bundesliga Babbel: Why the debuts of Sanches and Gotze should be expected this week

The Bundesliga Babbel: Why the debuts of Sanches and Gotze should be expected this week

The debut installment of a new column about everything Bundesliga titled, “The Bundesliga Babbel”, by the insightful Victor Charnetsky. 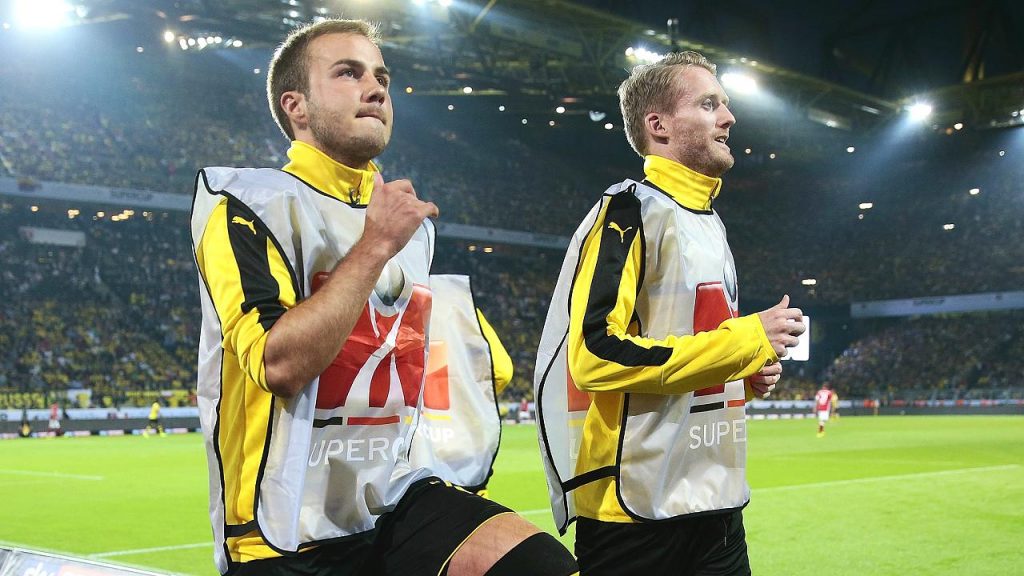 As World Cup Qualifying week ends, and Germany started qualifying with a clinical 3-0 win at Norway, die Mannschaft also bids farewell to one of their stalwarts, Bastian Schweinsteiger, last Wednesday winning a friendly match vs Finland in Borussia Park.

Concern about attendance prior to the game aside, it was a wonderful match.

Jogi Low did feature Niklas Sule of Hoffenheim in central defense and played the role like it has been his and bringing on Julian Weigl for Schweini at the 68th minute signalled a bringing in the new generation.

Just have to wonder how the DFB plans these farewell matches sometimes.

Perhaps it could’ve been more appropriate to hold Schweinsteiger’s farewell match at Allianz Arena. But honestly if Germany plans to hold a friendly in Gladbach, wouldn’t manager a t least call up one present Gladbach player.

I mean Ter Stegen is a Fohlenelf player through and through for sure. But many fans or journalists have wondered why Andre Hahn or Lars Stindl hasn’t featured yet as their form in the second half of last season and the early part of the 2016-17 season has been great.

Anyhow Jogi prefers to play with a false 9 and the only “9” he recognizes is Mario Gomez…but I digress.

These are the things I’m looking forward to seeing as week 2 of the Bundesliga approaches:

- Another week of marquee matchups as Bayern Munich travel to Schalke Friday and Borussia Dortmund travel to newly promoted RB Leipzig Saturday. Expect to see the debuts of Renato Sanches, Yehven Konoplyanka, and Mario Gotze either in the starting XI or off the bench.

- Especially intriguing to see how well Renato Sanches blends in with a world class midfield already consisting of Vidal, Thiago, Xabi Alonso. Konoplyanka moving to Schalke seems to be an eyebrow raiser. Very endearing player to the fans in one season at Sevilla. Europa League winner but somehow didn’t catch on with new manager Jorge Sampaoli. A constant threat on the left wing and should combine well Klaus-Jan Huntelaar….does that mean Choupo-Moting on the right and what about Breel Embolo? Some interesting options Markus Weinzierl has for the Royal Blues!

- Mario Gotze move back to Dortmund under Thomas Tuchel should do wonders for the player that seemed to lost his way at Bayern when Pep managed there. The potential Dortmund brings to the table this year with the likes of Schurrle, Dembele, and Eden Mor joining an already deep potent attack is mind boggling and definitely entertaining. Tuchel should be starting Julian Weigl this game to orchestrate at the center of the pitch. Coming off the bench vs Mainz 05, the flow of the game instantly changed as Dortmund had started with a midfield pairing of Sebastian Rode and Gonzalo Castro.

- Looking forward to seeing how Ralph Hasenhuttl prepares his RB Leipzig team in their first Bundesliga home match. He did feature a Red Bull-like system of 4-2-2-2 in the away match at Hoffenheim, as opposed to his pressing 4-3-3 he often used at FC Ingolstadt last season. RB Leipzig made news at the end of transfer window purchasing the talented Scottish winger Oliver Burke from Nottingham Forest for 15 million Euros. We should see the debut of the much heralded midfielder Naby Keita who moved this season from Red Bull Salzburg.

- Bayer Leverkusen has sustained injuries to their striker core early this season with Chicharito, Kevin Volland and Stefan Keissling all out. This means Roger Schmidt should feature Julian Brandt, who had a stellar Rio Olympics with Germany and is coming off a great Ruckrunde last season and Admir Mehmedi, who scored for Switzerland in yesterday’s qualifier vs Portugal. 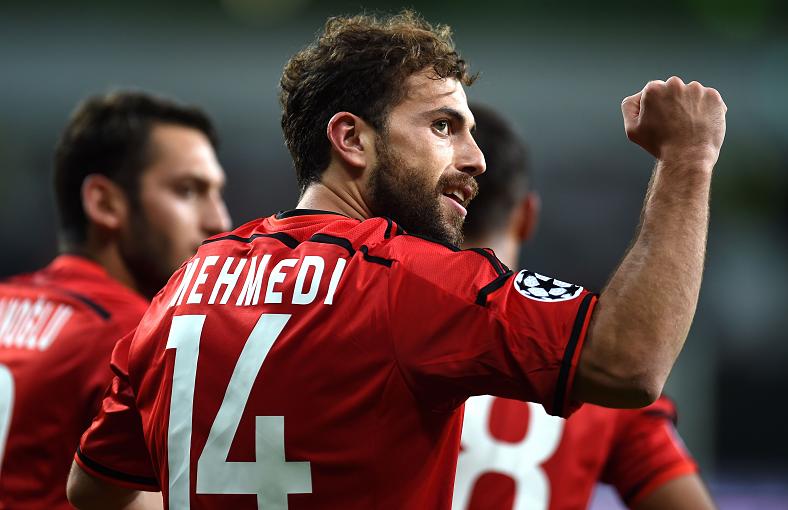 Mehmedi… expected to return for Leverkusen.

- Even with the nice summer transfer business new Werder Bremen sporting director Frank Baumann has done, the crushing 6-0 loss away at Bayern and the first round DFB-Pokal loss to Sportfreunde Lotte is a cause of concern and maybe signs that another relegation fight is in order this season. Manager Viktor Skrypnyk will need to gain some points off of the next four fixtures vs Augsburg, Gladbach, Mainz and Wolfsburg.

- Wolfsburg vs Koln on Saturday will be an intriguing match with both clubs coming off of solid 2-0 wins in week 1. Should expect Wolfsburg to challenge for a top 4 position with some very sound moves Klaus Allofs did this summer. Adding Mario Gomez and Borja Amoral on loan from Real Madrid should offset losing Bas Dost and Niklas Bendtner. I think getting Yannick Gerhardt & Daniel Didavi were real coups for Wolfsburg and the impact showed right away at the away match vs Augsburg. Koln I think can compete for a Europa League spot this year. Despite losing Gerhardt, Effzeh did retain ‘Keeper Timo Horn and left back Jonas Hector. Peter Stoger’s side will be very solid defensively and will be a hard working group collectively.

- Lastly, Borussia Monchengladbach have had a great start to the season. Die Fohlenelf won UEFA Champions League playoff matches vs Young Boys of Bern 3-1 away and 6-1 at Borussia Park (9-2 aggregate), a tight 1-0 DFB-Pokal Cup match away at 4th Division SV Drochtersen, and 2-1 opening Bundesliga season win at home vs Bayer Leverkusen.

- Andre Schubert’s side is in great form with a tricky away match vs newly promoted SC Freiburg. This is great test to see if Schubert can improve on a very lackluster away record from during last season’s Ruckrunde. Important to highlight the form of star player Raffael has been in at the start of the season. Already scoring 5 goals in Champions League play and being a constant goal scoring and creative threat should at least see the Foals see out a win away.