Connect in the back of the net
Facebook0
Twitter0
Google+0
Today was a bit of a quiet day in the transfer news and gossip front, but it has now gathered more pace and interest, as there are now reports of Arsenal tabling a bid for Blackburn defender Christopher Samba.

Here are the headlines: 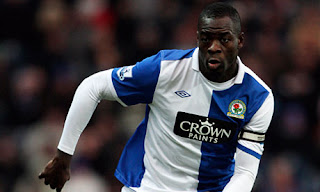 This is the main headline at the moment, as the ever reliable We Are The North Bank, have reported that Arsenal have tabled an 8 million pound bid for Blackburn defender Christopher Samba. Samba has been a target for Wenger, ever since the winter transfer window, where Samba that he was close to being a Gunner. I believe that Blackburn will try to be holding for more, probably for around 12 million pounds, so stay tuned in with the updates.

Link to the article: http://wearethenorthbank.com/arsenal-table-8million-bid-for-samba/ 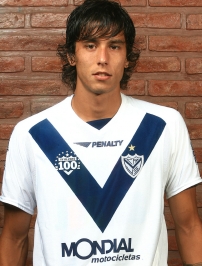 Alvarez…… wanted by the Gunners

Arsenal meet up with Velez Sarsfield to negotiate over Alvarez

Reported by Young Guns Blog, an Arsenal negotiation team led by Richard Law , met with Velez Sarsfield officials to discuss a possible transfer for Ricardo Alvarez. It is reported that there was no headway or progress made, and that Velez are still holding out for more than 12 million euros. Nonetheless, Law and his team are still trying to get progress. More updates to follow.

Link to the article: http://younggunsblog.co.uk/2011/05/arsenal-meet-velez-over-alvarez/

Well, this is bad news to many hopeful Gooners who were excited about the prospect of acquiring Karim Benzema. Benzema has committed his future to the Los Merengues, saying that “he wants to stay for many years” in Madrid. Looks like this is a transfer target crossed off, even though it was expected as he had an excellent season with Madrid.

Link to the article: http://www.dailymail.co.uk/sport/football/article-1391508/Arsenal-blow-Karim-Benzema-remains-committed-Real-Madrid.html?ITO=1490

I just stumbled upon this news by footballpress.net, who report that Arsenal are looking to Marseille star, Mathieu Valbuena to replace Andriy Arshavin. This news looks far-fetched, as I doubt Wenger would want to sell Arshavin so I won’t keep my hopes up on this, despite me being a fan of Valbuena.

Link to the article, it doesn’t look reliable, but check it out for yourselves: http://www.footballpress.net/?action=read&idsel=85499

Damiao…. the North London rivals are fighting for his services

In a report by Clubcall.com, Arsenal are fighting with Tottenham over the signing of Internacional sensation, Leonardo Damiao, who has scored 22 goals in 24 appearances this season and is valued at 10 million pounds. I honestly don’t know much about this player, he seems talented, but if I was Wenger I would focus most of my attention on beating the Spurs to the signing of Radamel Falcao, who’s a proven player.

Link to the article: http://www.clubcall.com/arsenal/arsenal-and-spurs-chase-brazil-ace-1218703.html

If you don’t know much about him, check out these two videos to get a better idea even though they don’t really show much, other than his predatory instincts:

In an interesting report by The Transfer Tavern, Arsenal, along with both Liverpool and Manchester are looking to acquire Celtic’s highly rated left back, Honduran international Emilio Izaguirre who has been one of the sensations of the SPL. He’e reportedly valued at 6 million pounds and Arsenal are considering signing him as a replacement for Gael Clichy, in case he leaves. He’s highly rated and from what I’ve heard about him, he’s a talented player and could be an excellent buy for any club…. let’s keep an eye on this player.

Link to the article: http://www.footballtransfertavern.com/2011/05/uncategorised/6m-spl-eyecatcher-has-premierships-finest-queuing-around-the-block?utm_source=feedburner&utm_medium=feed&utm_campaign=Feed%3A+TransferTavern+%28The+Transfer+Tavern+Home+Page%29

Check out these two videos, if you don’t know much about him, he’s a huge fan favorite at Celtic:

What do you think? Are you disappointed by Benzema’s commitment to Madrid? Do you want to see Samba as a Gunner? What are your opinions on Izaguirre and Damiao? Please share your thoughts and opinions.