The Phil Foden and Manchester City dilemma: Should he leave or stay? 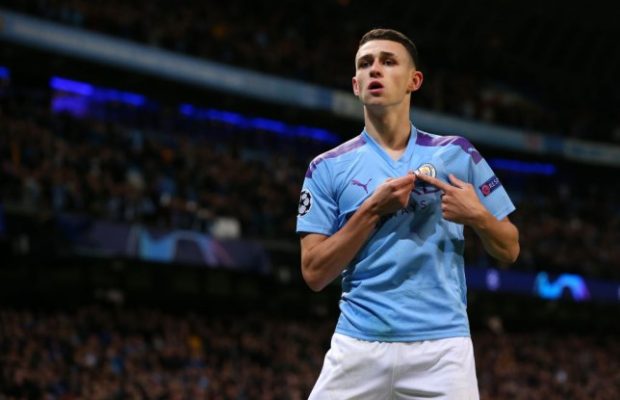 Englishman Phil Foden finds his career entangled in a serious dilemma. The possibility of remaining at the Etihad under perhaps the best manager in the world to experience his glory days, or leave like Jadon Sancho did make his mark?

Although Phil has a long future ahead of him, the truth is that the game of football waits for no one. This campaign, the manager has given him only 11 minutes of game time. Recently, Pep Guardiola called Phil the “best talent he’s ever seen”, but why not prove you believe in him?

The English youngsters have not held back himself. While the former Barcelona boss wants to take things slowly with him, the player feels he is in his prime. Phil is making a serious push for more playing time.

Truth be told, drafting Phil into this ‘world-class’ starting eleven is impossible. As the reigning champions defend their Premier League title against Champions League holders Liverpool, all the members of the team have a crystal clear role to play in the squad.

Phil might be as good as his Manchester City teammates but he is certainly not better than the big and senior players in the squad. Seeing Belgium star Kevin de Bruyne creating goal-scoring opportunities at will, England international Raheem Sterling running down the flanks and scoring goals at will and Portuguese Bernardo Silva doing the dirty job, you really can’t fault Pep Guardiola’s decision to keep Phil out of the team.

An error can cost the Etihad giants three valuable points in a Premier League title race with no space for any error, no matter how small it is. Having finally broken his supposed “trophy curse”, Liverpool boss Jurgen Klopp plans to end the Merseyside clubs’ Premier League title ‘curse’.

Pep didn’t hand Thiago Alcantara first-team chances at FC Barcelona; instead, he signed him to the German side Bayern Munich. Jadon Sancho also left for Germany and today he’s a Bundesliga superstar, as well as being a starter in the England National team set up. The question is why should Phil Foden wait on the club’s fully-stacked midfield?

It all depends on Phil’s destination, leaving two-time defending Premier League champions is a gamble. The English side is structured to last with playing personnel lined up to replace the retired ones as Spaniard David Silva plans in May. If Foden can wait, then, certainly, his time will come.

Limited pressure in the Bundesliga has made English footballers see the German league as a dream destination. German clubs give young talents the freedom to express themselves on the field of play, offering them regular playing opportunities. Borussia Dortmund comes to mind, but at the moment, their attack is well-stocked.