AS Roma loan must save this Arsenal flop’s career 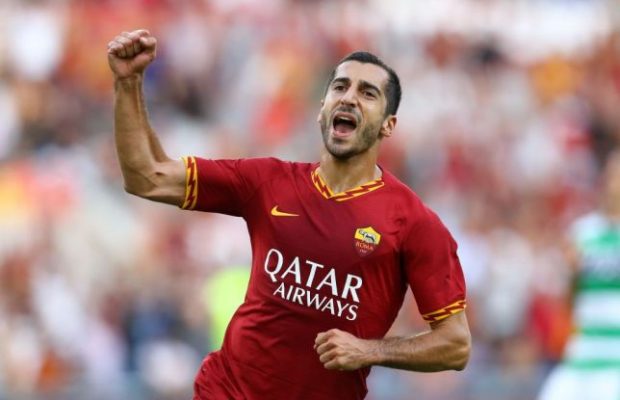 Armenian international Henrikh Mkhitaryan joined Italian club AS Roma from Arsenal on a season-long loan during the summer transfer window. The Arsenal misfit is hoping to recover from a terrible 20 months in north London.

At Borussia Dortmund, Mkhitaryan was everyone’s delight to watch; he scored 23 goals in the Bundesliga, created 29 assists in 90 matches, which convinced Premier League giants Manchester United to pay over £30 million for his services in 2016. Unfortunately, the Armenian has failed to replicate his red-hot Dortmund form.

North London giants Arsenal offered him a lifeline. He arrived at the Emirates Stadium as part of a direct swap deal involving Chilean international Alexis Sanchez going to Old Trafford. Neither forwards lived up to the billing. It became certain Mkhitaryan would struggle at Arsenal to regain his shape, despite scoring six goals and creating four assists in the second half of last season.

The role of Mkhitaryan diminished in the early stages of this season. After he was named in the starting lineup in their Premier League opening fixture against Newcastle United, the attacker was reduced to cameo roles as a substitute in big matches away at Anfield against Liverpool and at Old Trafford against Tottenham Hotspur.

The decision of manager Unai Emery to let him leave the Emirates is justified due to having Gabon striker Pierre-Emerick Aubamayang, Mesut Ozil and summer signing Nicolas Pepe as well as starlets like Reiss Nelson, Joe Willock, on the wing and in attacking midfield roles.

He had to sacrifice more than half his weekly salary (£180,000) to play for Roma, with the hopes of reviving his career there. The Giallorossi is in a pack with Inter, Napoli, Atalanta, and AC Milan aiming to gun down Juventus. The team has started this campaign rather slowly; drawing two games, 3-3 to Genoa at home, followed by a 1-1 draw against Lazio.

To challenge for a place in the top-four, expectedly, Paulo Fonseca must get his players to understand his preferred 4-2-3-1 set up. This formation is one that Mkhitaryan can assist the team in different roles. He can connect passes from an attacking role. As a wing forward, he can lead counter-attacking moves owing to his incredible speed. In the central, he can maximize his deadly striking ability.

However, he faces a stiff battle for a regular playing spot. Roma has Cengiz Under, Nicolo Zaniolo and Justin Kluivert. All three are good at dribbling, passing, long-range shooting and possess deadly finishing ability. Roma has Javier Pastore and Diego Perotti understudying the trio. This is not to say that the Giallorossi will not offer the Armenian sufficient playing chance to impress.

Since he left Arsenal, he’s represented his country twice in Euro 2020 qualification games. Against Bosnia and Herzegovina, the attacker scored twice, created an assist and made 6 chances.

The Italian club is Mkhitaryan’s brief-spell salvation. It is expected that he will improve slightly on his recent performance level rather than excel outright. What comes after is anyone’s guess.