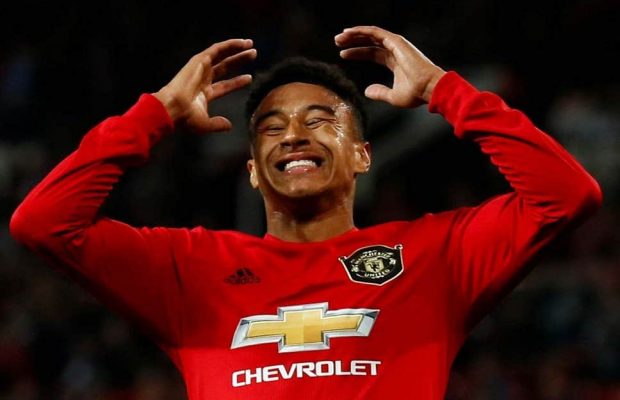 Jesse Lingard, 26, is undoubtedly entering his prime years as far as football is concerned. The clock is ticking on Jesse’s Manchester United career and only his golden status permits him to play on, despite his elongated run of poor displays.

The question is, for how much longer will he enjoy the grace? Manchester United faithful noticed the downward trend in the performance of Lingard soon after it started. Now, the length of his poor performance makes fans more worried.

The inability of the Englishman to score a single goal in six games this season is a continuation of a similar stat from the 2018/19 season. After the attacker scored 13 times and created seven assists in 48 matches during the 2017/18 campaign, the forward dipped to five goals in 36 games. Injuries have largely reduced his playing time, thereby reducing his goal return. Lingard missed 6 matches in October with a thigh injury then four matches in February and March 2019 because of a hamstring problem.

For those blaming his dip on the managerial change at Old Trafford, the attacker initially proved even more effective under the Ole Gunnar Solskjaer than Portuguese tactician Jose Mourinho. Jesse’s first two goals of the season came two weeks before Mourinho was sacked. Jesse’s other 3 goals and 4 assists came under the Norwegian. Jesse’s last contribution was an assist versus Burnley at Old Trafford on 29 January.

The club doesn’t want to start going around scouting and buying expensive players like their City rivals. The big question now is whether keeping him in the squad impedes the manager’s rebuilding project. Is Lingard filling an important spot that can be otherwise occupied by a better player, an attacker like Jack Grealish or James Maddison or possibly a natural right-winger? If that’s the case, then there won’t be a spot for in the starting XI when the likes of Martial return from injury.

Gibson and Cleverley were a little similar to a player with Jesse Lingard. Both had a short spell in the starting lineup at Old Trafford that yielded some caps with their national teams respectively. Unfortunately, despite their early sparks, neither could seal a first-team spot, not as captain or talisman. Not anywhere near.

Another question that is begging for answers is, has the English attacker shown the club all that he has to offer? If so, what else is the manager waiting for, other than to offload him?

Related Items
← Previous Story AS Roma loan must save this Arsenal flop’s career
Next Story → Tottenham: VAR rearing its ugly head for Spurs, and the Premier League as a whole