No Maguire, no problem for a flying Leicester City 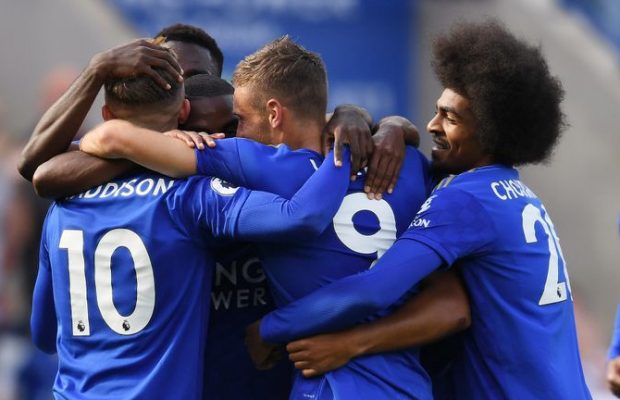 As the Premier League heads into the first international break of the season, the top of the table has a familiar feel to it with Liverpool and Manchester City already setting the pace. But quietly slipping into the early top four placings are former winners Leicester City.

With unfinished business in the Premier League for manager Brendan Rodgers, who returned from a successful spell in Scotland, last season’s ninth place finish probably doesn’t do justice to a fine run of form after the Irishman took over from Claude Puel.

Under Puel, the team appeared very disjointed and star man Jamie Vardy was one man who felt frustrated under the previous regime and while heading into the latter stages of his career, Vardy is still very much City’s talisman and getting the best out of this striker only means well for Leicester’s on the pitch performances.

Three goals already in those first four games suggests City are getting the best out of their man once again and a firing Vardy can well be the key to keep the Foxes on the coattails of the coveted top four. But, it’s not just Vardy being seen as the main reason for their good start.

Under Rodgers they are tactically better prepared, traits that won them the title in 2015-16 and with added skill and finesse from James Maddison and Youri Tielemens giving Vardy the service he craves, you would forgive City fans for dreaming of finishing in that top four and sampling European football once more.

Not playing in Europe this season can be seen as giving themselves the edge over the top six from last year and Rodgers will expect to capitalise on that and use the extra time on the training field to hone the team performance.

Having lost England international Harry Maguire over the summer to Manchester Utd for an eye-watering £80 million, many wrote off City’s chances of even troubling those in the hunt for European places, but so far Maguire hasn’t been missed and Leicester look comfortable defensively.

After the international break City will face their former player at Old Trafford and then host Tottenham, two games that while not defining their season they will give themselves and their supporters ideas of whether they can indeed keep pace with the bigger clubs.

Rodgers though knows picking up points off these teams along with beating those expected to be around and below them will put the Foxes in great shape for another crack at European football for next season, time will tell if City can spring another Premier League surprise.