Crystal Palace: It’s time to give Hodgson the credit he justly deserves 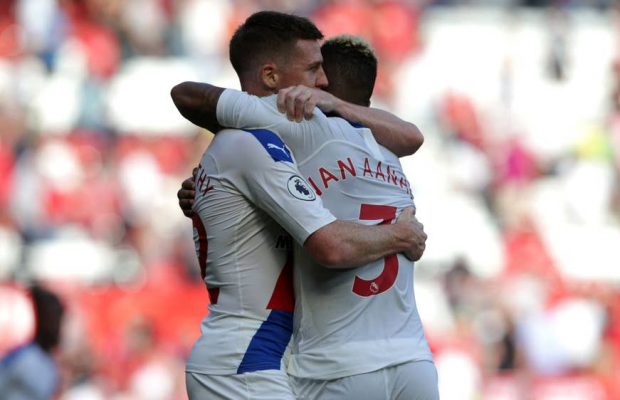 In what is still a fledgling Premier League table, there are one or two unexpected teams enjoying a good run of form of late against the backdrop of the struggles surrounding Tottenham and Manchester United. Among them are Crystal Palace, who just five weeks ago looked completely shell-shocked after being demolished by Spurs at their new stadium.

However, since that result Palace and Roy Hodgson have recovered themselves and despite a home defeat to title challengers Manchester City at the weekend, the South London club are in sixth spot and a mere three points off the top four places.

Credit must be given to Hodgson whose side looked short of confidence and ideas during that Spurs defeat, but he appears to have installed belief back into his team and whilst some around them are still struggling to capture any kind of form, Palace are taking full advantage and were indeed sitting in the top four before defeat to City.

With Wilfred Zaha back from injury along with Christian Benteke, Palace certainly have more threat in front of goal and with Jordan Ayew finally beginning to find his feet in South London, the Eagles are starting to justify their lofty position.

The way the fixture list has fallen gives Palace a run of games against sides also chasing the top four places, intriguing clashes with Chelsea, Leicester and Arsenal to come in the next four weeks can propel them into the Champions League places and with no European distractions along with Leicester, one or both of these sides could well spring a surprise by the end of the season.

Despite the constant speculation Zaha will find his fortune elsewhere Hodgson has managed to keep hold of his man and it’s no surprise that when the talented winger is at his mercurial best Palace perform better, although that’s not to say Palace are unable to win games without their star man.

The only blip on Palace’s record is their negative goal difference which almost gives others around them a point or two head start in the table, but while other teams flatter to deceive all around them there’s no reason why the South London outfit can’t sustain their position at the right end of the table and not be flirting with relegation.

The transfer window in January might well prove crucial to the final outcome of their season, inevitably should Zaha perform well over the course of the next few months questions will of course be asked again over whether his future lies elsewhere in England or even abroad.

Of course it remains to be seen whether Hodgson can keep his team producing the results, but you can be assured this wily old campaigner won’t give it anything less than his best shot.