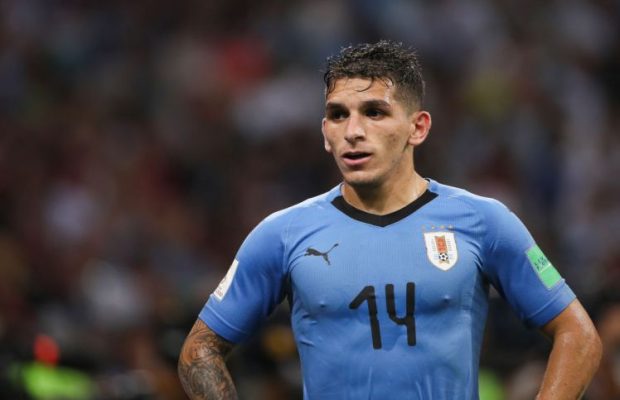 The Gunners who were on the lookout of a new manager for their team are also in search for possible transfer targets this summer to enhance their strength.

Unai Emery has recently taken in charge as the new manager replacing Arsene Wenger who served the same role from 1996 to May 2018. The Arsenal supporters were concerned that the senior player Mesut Ozil might leave the club as his contract was about to expire.

According to bbc.com the German player had fortunately signed a new contract starting from January which has given a sign of relief to the fans.

Arsenal has been looking for a complete revamp of the team to improve the goalkeeping and defence after a really disastrous season with very poor performance.  Arsenal conceded around 51 goals in the Premier League and also missed out on Champions League which is why they are planning to bolster the team’s defence.

Sven Mislnant who joined the Arsenal recently as head of recruitment has been giving several recommendations for new players to the board. Many people like to bet on the outcomes of football games and there is a lot of betting around UK football. There are several sports betting sites like www.bonus.co.uk where you can bet on the latest sports events.

The four possible transfer targets for Arsenal this summer could be as followed.

He is an experienced footballer who plays for the Turkish national team and Bundesliga side Freiburg. There have been rumours going on recently that Arsenal is planning to sign this young 21-year old Turkish player to their team.

He joined Freiburg during summer 2016 and has made more than 50 appearances for the team as a defender. There’s a great chance that the club will consider him for the summer transfer and he could likely be a great hit in the Premier league.

This young centre-back defender is known for his speed and long range which is why he can be a worthy long-term investment for Arsenal. The young defender is highly rated and since he plays for Bundesliga side Freiburg, the acquisition might not be tough for Arsenal.

​Lucas Torreira is another talented footballer from Uruguay who is close to joining Arsenal this summer. This defensive midfielder plays for the Italian club U.C. Sampdoria in Serie A.

It was confirmed by his father that the 22-year old will go for a medical following the world cup and is close to signing an agreement with Arsenal. Torriera has contributed very well to Uruguay this summer in the World Cup football held in Russia.

He has been instrumental in taking his team to the quarter-finals after the 2-1 win over Portugal last Saturday. He scored 4 goals in the last season from his 36 league appearances in Series A and has very good defensive skills.

The betting odds for Torreira joining Arsenal quite high as he is almost close to signing the deal.

Arsenal is reportedly targeting to get Pablo Fornals, the talented midfielder from Malaga to improve their defense. This young Spaniard is already looking to leave the Andalusians and can be a perfect replacement for existing midfield Santi Cazorla who got injured recently.

He can comfortably play along Aaron Ramsey and Granit Xhaka in the midfield. Arsenal has been sending scouts regularly to monitor Pablo whose contract with Malaga will expire in 2019. He represented Malaga in 25 of the overall 32 games and had a really great season with two assists and 5 goals.

You should be careful if you are going to place your bets on Pablo to join Arsenal as there is a 50/50 chance that this Malaga midfielder will get through.

This talented midfielder from Ivory Coast has been a part of OGC Nice since 2015.

There have been talks going on with the player’s agent and Arsenal is very keen to get this player to join their club. The player has been in demand with Liverpool and Chelsea which makes the acquisition more challenging.

The 26-year old creative midfielder has provided 10 assists and scored 2 goals during the last season out of the 42 games he played. His style of play and excellent ability to pass the ball around has impressed the Arsenal’s board that are looking for a midfielder who can dictate the play from the deep.

His long-range of passing and outstanding defensive skills have clearly made him a worthy transfer target for Arsenal this summer. You can definitely place your bets on this player if you are a sports betting fan as the odds are quite high as 9/10.

The Gunners had a very bad season due to lack of defensive and conceded way too many goals. Hence, they are trying to improve their defensive by hiring very good midfielders and also looking to change their goalkeeper.

Related ItemsArsenalarsenal fco-poststransfer window
← Previous Story England can be proud, whether they win or lose against Colombia
Next Story → Can Belgium really win the World Cup?