Renato Sanches and William Carvalho: From Highly-Rated to Undesirable 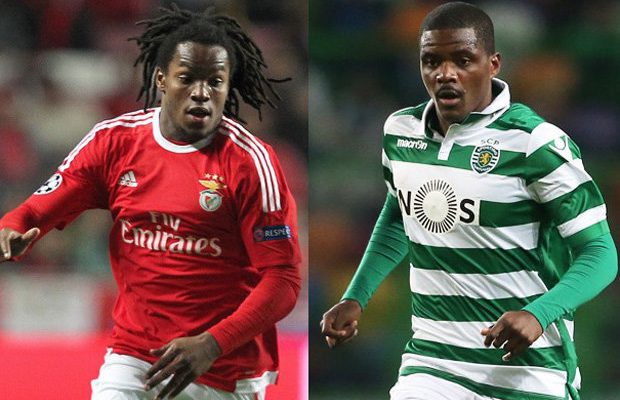 There are few things that get the footballing community as universally giddy with excitement as the ‘next big thing’ and discovery of the South Sudanian Messi or the Ronaldo of the Outer Hebrides inevitably leads Europe’s top clubs to begin greasing their sweaty palms with that ill-fated and abundantly available commodity – TV money.

Very few elite players are products of their clubs’ academies, besides the odd one here or there, there hasn’t been a concerted promotion of top level talent since Barcelona of the mid 2000s. As such it falls to top clubs to spot tomorrow’s talent and to secure it, not only to bolster their own teams, but to stick it to their rivals.

But how often do these moves actually work out? For every Cristiano Ronaldo there’s an Anderson arriving a few years down the line. For every Luis Suarez and Andy Carroll and then there’s Kevin de Bruyne, cast out into the German wilderness by Chelsea, thrust onto the scrapheap at 22.

Top clubs don’t have a great deal of time to be forgiving and in the modern game they possess even less inclination. It is therefore vital that wonderkids make the right decision before they leave their hometown club.

Move too early and a player might buckle under the weight of expectation, slip from superstar to the under 21s and within a year be putting in some promising performances in Ligue 2.

But by the same token, what happens if a player waits too long? Hype is a flimsy metric, but it’s a valuable one. An 18-year old playing in a Champions League quarter final raises eyebrows, a 25-year is on the verge of being yesterday’s news.

To illustrate this point let’s have a look at Portugal, a hotbed of future world beaters and a League which is high enough quality to put players in the shop window, but weak enough to ensure that anyone of serious substance is going to make that move sooner or later.

But that phrase ‘sooner or later’ is a tricky one. Just ask Renato Sanches.

At 18, Sanches had the footballing world at his feet. During the 2015/16 season he had broken into the Benfica first team, eventually helping his side to win the League title. That same year Sanches also played in a Champions League quarter final against Bayern Munich, garnering high praise from then manager Pep Guardiola, who described the midfielder as “by far and away one of the best young players in Europe.”

In the summer Sanches became the youngest player to ever represent Portugal at a major European tournament, wrestling that particular record from one Cristiano Ronaldo.

But that was just the entrée. Sanches, scoring in the quarter final, played a key role in his side’s journey to the final and eventual victory. Featuring in the final, Sanches took home the Young Player of the Tournament Trophy and later won the European Golden Boy award.
How was your 2015/16?

Top European clubs circled. Manchester United were heavily linked, but in the end, it was Bayern Munich that secured the Portuguese’s signature. 18 years old, the best young player in Europe and at one of the world’s clubs, on paper things looked peachy for young Renato.

But paper and football field often lack the symbiosis of a Barcelona midfield and sadly, Sanches crumbled. Failing to make an impact in his first season, this summer he was allowed to join Swansea City, under the stewardship of former Bayern assistant manager, Paul Clement, who it was assumed would reignite a career that just 24 months deep, looked in dire jeopardy of burning out into irrelevance.

And so far, nothing has come close to suggesting that rejuvenation is anywhere close to happening. To date, Sanches’ most memorable contribution came in a tie against Chelsea where the starlet played a spectacular pass straight to the advertising hoarding. Palms slapped heads across the footballing world, including that of his manager.

Lights burn bright in footballing wonderkids, but Sanches’ appears to have gone out. The reason is anyone’s guess, but with his talent there for all to see a couple of years ago, it surely has to do with his confidence. In short, the only logical conclusion to come to is that he moved to early.

Hindsight as they say is 20/20, but with its aid wouldn’t Sanches have been better taking a leaf out of Jesus Navas’ book? Coveted by Chelsea as a youngster, Navas knew he wasn’t ready to leave home, he took his time and ended up making his big move aged 27, winning the Premier League in the 2013-14 season.

But then again, what about Nico Gaitan? Linked to Manchester United with the regularity of Donald Trump defiling the office of President, Gaitan eventually made his big move, joining Atletico Madrid in 2016 aged 28.

But already Gaitan is reportedly keen to leave. Naturally he has been re-linked with Manchester United, but also with Newcastle United, inarguably a considerable step down.

And just as Sanches might be rueing his eagerness to jump into the big leagues, another of his midfield compatriots, William Carvalho, might be casting a cautious towards Nico Gaitan and hovering his finger over the big red button that reads TRANSFER REQUEST.

William Carvalho has been touted as Portugal’s next big export for a very, very (very very very) long time. Over the years he has been linked with Arsenal, Chelsea, United, City and Liverpool as well as the odd club on the continent. Yet with every passing window, he inexplicably stays put.

The possibility exists of course that while his talents are sufficient to encourage clubs to have a look, none have been impressed enough to actually push the button on a move. But at the same time, if Bebe can engineer a move to Old Trafford on the back of a stand out performance at the Homeless World Cup, William Carvalho must have been able to engineer a move after nearly half a decade of hype.

The good news for Carvalho, who is apparently keen on a move abroad, is that as a defensive midfielder, his shelf life is a little longer than his attacking midfield counterparts. However, while this summer he apparently again was the subject of interest from Arsenal, the only tangible efforts to sign Carvalho came from West Bromwich Albion and West Ham.

West Brom (thankfully for William) were seemingly priced out of a move, while West Ham, in a deal which unleashed 50 shades of madness, came within minutes of securing the transfer and the Hammers may well seek to resurrect that move as relations with Sporting are apparently on the mend.

The sands of time work against us all, but they fall on hyper-drive for footballers and when a player goes from being linked with Europe’s elite to sides for whom a spot in the Europa League would be a cause for celebration, you have to wonder if that player’s sell by date might have expired.

Starting next to each other in the Euro 2016 final, Renato Sanches and William Carvalho provide a poetic midfield pivot demonstrating just how fragile football is for wonderkids.

Jump the gun and move too early and you’ll be chewed up and spat out, one day being praised by Pep Guardiola, the next being lambasted by Tim Sherwood. But equally, top club’s attention spans are short, so wait too long and their eyes might be caught the next best thing, leaving you standing there whistling in the wind.

There’s no formula for success, so there’s no answer to the quandary. Some players will make it and some players won’t. The greatest tool in the footballer’s arsenal is talent, but the example of Sanches and Carvalho, and of countless besides, goes to show just how much of a waffoo football can be.

So spare a thought for all those who made the wrong call and doff your cap to those who gambled and succeeded, because when it comes to wonderkids, success in football is definitely not guaranteed.