Home / Features / Mario Balotelli: The Redemption and Rejuvenation of a Liverpool flop

Mario Balotelli: The Redemption and Rejuvenation of a Liverpool flop 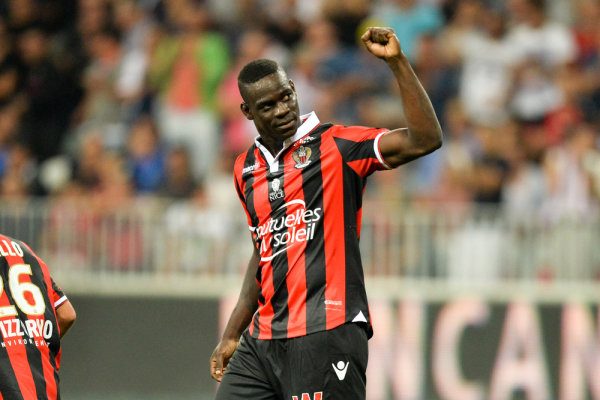 There are two different views on Mario Balotelli from Liverpool supporters: 1- Balotelli was a panic signing for the club. 2- The Italian forward wasn’t given enough chances by ‘then’ Liverpool manager Brendan Rodgers.

Balotelli, who was one of the nine signings made by Liverpool ahead of the 2014/15 season after the big sale of Luis Suarez, made 28 appearances scoring just four goals.

Looking at his stats, anyone can plainly say that Balotelli was an unimpressive signing to agree with the first view mentioned above.

But if anyone digs into that season, that person will agree with the second view as well, because Balotelli was given just 10 starts in Premier League, three in Champions League and one in the Europa League.

Balotelli had arrived at Liverpool after netting 12 goals in 13 Serie A matches (during the second half of the season after joining from Manchester City) helping AC Milan to seal third place in the 2013/14 season.

But in Merseyside, Reds couldn’t get an opportunity to witness Balotelli’s same kind of form, in the season where Liverpool missed their talisman Luis Suarez who had moved to Barcelona.

There were enough questions raised over Rodgers’ tactics as he had used Balotelli as lone forward in 4-2-3-1 system in most of the matches, which wasn’t suitable for Italian. There were expectations of Rodgers playing Balotelli and Sturridge together, but latter facing injury from early season ruined that plan imagined by the fans.

After a disappointing stay in Liverpool, Balotelli rejoined AC Milan on loan where he could not repeat his 2013/14 form. His second stay with Milan was also affected by a series of injury problems.

After being told to leave by Liverpool’s new manager Jurgen Klopp, Balotelli joined French outfit Nice on a free transfer with the goal of resurrecting his faltering career.

Nice’s President Jean-Pierre Rivère was excited to welcome Balotelli at his club, who was expected to make a similar impact to that of Hatem Ben Arfa.

“We are very pleased to welcome Mario. We hope that Nice, in a family atmosphere, will help him rediscover his joy for the game. We both know that nothing will be easy but with the desire and support of all our fans, we’ll help him to flourish and bring his talent to the service of the team,” said Rivère who was taking a gamble with a hope that it would pay.

There was an expectation, a hope: a free agent Balotelli would start scoring goals that would rejuvenate his career and help Nice to a noteworthy league finish.

Balotelli scored in his Ligue 1 debut match, not just once but twice, to help his new team beat Marseille 3-2. He struck 17 goals (including 15 in League) in 28 appearances in his first season.

Now, Balotelli has become Super Mario in France under the guidance of Lucian Favre. This season as well, he has continued his good form producing 12 league goals in 15 matches.

Balotelli is enjoying his life in Nice, both off and on the field. His attacking partnership with the players like Alassane Plea, Allan Saint Maximin has been an excellent and crucial so far.

Especially with Plea, he has created a threatening combination and he enjoys playing with him.

“What I like with Alassane is that he is the opposite of me, and that we complement each other. I like to get the ball at my feet, he likes to play in space. Last season, we did not always manage great things, but we always found each other on the pitch. I enjoy playing by his side,” said Mario had in an interview with GFFN (Get French Football News) in last November.

However, the beginning under Favre was not flexible for Super Mario, with Swiss tactician demanding more athleticism and seriousness from the former Premier League winner.

“He must overcome steps, small steps, one after another. Mario will not just start running 11 kilometres every match right now. I have talked to him already about his movement, the will he must show when he moves. He communicates joy to the group. But he must be serious and not let himself go in his personal life,” Favre had said during Balotelli’s first season.

However, Favre’s tone has now changed. “He does certain things better than at the start. Mario needs support, needs us to speak to him. He needs players close to him because he reads the game well and knows how to make a difference,” said Favre at the end of 2017.

“He has really improved in his movement. He’s becoming more altruistic and effective. He works hard in training, he presses when he has lost the ball.”

Super Mario is enjoying his life in Nice, has good relation with the fans and no more targeted by press like in England and Italy. “I think that the French press is alright. They are not as harsh as the Italian one in regards to football or the English one in regards to private life.” said happy Mario, who thinks Nice’s fans are the best he has come through his playing career.

Mario has been more matured in France then he was in Italy and England which player also has openly admitted. He has not face any controversy since moving to France.

Mario thinks he has become even more mature after becoming a father for the second time. Maybe that was the reason why Mario let his team-mate Plea take the penalty in the match against Marseille last October, although Malian couldn’t score.

The same Mario had snatched the ball from Liverpool’s stand-in skipper Jordan Henderson to take a penalty during Europa clash against Besiktas, three years back.

Although he has conceded three red cards during his one and half season stay in France, he is relatively calm on the pitch, maybe thanks to Nice’s location on the southeast coast of France on the Mediterranean Sea.

It’s been some years that Mario has not received a call-up from Italy National Team, missed his country’s disastrous World Cup qualifying campaign. Never received a call from Gian Piero Ventura but didn’t miss cheering his national team.

Italy’s then coach was never hesitant to praise Mario’s talent but always hesitated to call him up, otherwise he could have saved his job and led Azzuri to the 2018 WC. Just maybe.

Mario is just 27 years old, yet to reach peak and now scoring goals in week and week out he has already reminded his critics that he has talent to thrive at club level and perhaps at country level as well.

Mario was young and immature (age-wise) when he tasted the early success in Inter Milan and Manchester City, winning various titles. An ill-fated move to Liverpool and second loan stay in AC Milan, prompted critics to raise questions over whether he could fulfill his boundless potential.

However, Mario has now matured and knows what to do to reach his full potential. He knows he has no option other than working hard and scoring goals.

Mario has not openly admitted where he wants to go in the summer but he will surely attract interest from top clubs once his contract at Nice expires.

Meanwhile, Italy will miss the 2018 World Cup, so will Mario, but that is not end of the world for both the national team and its warrior. Italy needs Mario and Mario loves playing for his country, because Mario is the Azzurri’s biggest fan.