Home / Columns / Why Oxlade-Chamberlain is paramount for Liverpool’s progression

Why Oxlade-Chamberlain is paramount for Liverpool’s progression 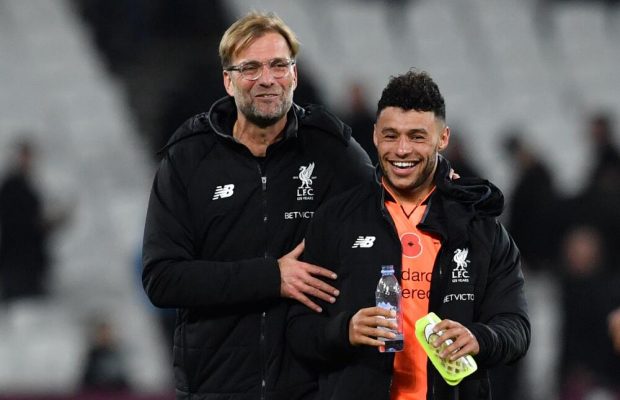 Since the inevitable yet equally disappointing Philippe Coutinho departure, Liverpool fans have been feeling a plethora of emotions. Anger, indifference, relief… it’s all flying about like an emotional trapeze show.

But taking away the positives of the Magician’s transfer, fans are all the more grateful for the likes of Mohamed Salah, Roberto Firmino and Sadio Mane.

The player being hailed with the most praise though is Alex Oxlade-Chamberlain.

Since his move to Anfield he’s been vocal on the Coutinho-Barcelona saga. A post-match interview saw a very uncomfortable looking Number 10 being asked how long his time at Liverpool has left. Like his curly haired knight in shining red armour, Oxlade-Chamberlain stepped in and shut down the pressurising questions.

‘He’s a Liverpool player right now and he’s been doing really well for us. He’s the most professional player I’ve seen all season. […] It’s not fair to ask those kinds of questions’. The Ox interjected, saving a squirming Coutinho’s bacon.

His instinct to rush to his teammate’s defence was classy and admirable. But what’s really got the Kopites going is his new attitude towards the Brazilian. Oxlade-Chamberlain has unfollowed the ex-Red from social media and released a statement bolder than anything captain Jordan Henderson has said on the matter.

‘I haven’t really even thought about Phil leaving,’ AOC’s recent comments began, ‘[…] it’s business as usual. When Phil wasn’t in the team we still played great football and we still have amazing players who can score goals. […] I don’t think it should affect us at all. […] I wish Phil all the very best but the only thing I’m concentrating on is Liverpool winning as many games as we can – starting with Man City on Sunday.’

For someone who has only been at the club four months, Oxlade-Chamberlain’s passion and ability to boost team positivity is exceptional. His frequent Twitter posts show how proud he is to finally be in that red shirt.

This is exactly the type of player Liverpool need to rebuild a strong team foundation.

With Virgil van Dijk the newest to join the family, Liverpool have another strong and natural leader on their side. The Dutchman will make for a fantastic spine to the team’s defence – his leadership qualities have already shone from his debut match against Everton in the FA Cup.

The two newest signings are vital towards Liverpool’s strength and morale as a club. Their impact has been greater than some senior players who have been in a Liverpool jersey for years now.

James Milner is still an influential vice-captain to me, but with his age, maybe it’s time to hand down the title to a younger, fresher face. Oxlade-Chamberlain being awarded the VC role would be an honour for the lad. His admiration for Steven Gerrard growing up would see him put his all into being a worthy captain to the squad.

Henderson also needs to relinquish his armband. The skipper has done little to nothing to drive Liverpool forward as a unit.

Despite having colossal shoes to fill, he’s not even made a dent. The Number 14 just isn’t captain material and the sooner the gaffer realises this, the better Liverpool will be in the long run.

With VVD in town; it’s a no brainer that the captaincy is given to someone who is a true leader. Without van Dijk on the pitch, the team are going to struggle. Without Henderson, well… just how many goals have they been scoring lately?

Ox’s future at the club is bright and promising. If he continues developing the way he is, he will be a key asset to helping Liverpool achieve remarkable things.

His track record with Arsenal doesn’t scream ‘key player’, but after being taken under Jurgen Klopp’s wing, a new sense of fire has ignited in him.

It’s only a matter of time before Arsene Wenger’s era is up in London. The departures of Alexis Sanchez and Mesut Ozil should surely be the final straw.

I can’t wait til the Oxlade-Chamberlain era truly begins and he shows Arsenal fans exactly what he’s capable of under a proper manager.