Home / Europa League / Wolves’ outright Europe League odds slashed by more than half, but can they win it?

Wolves’ outright Europe League odds slashed by more than half, but can they win it? 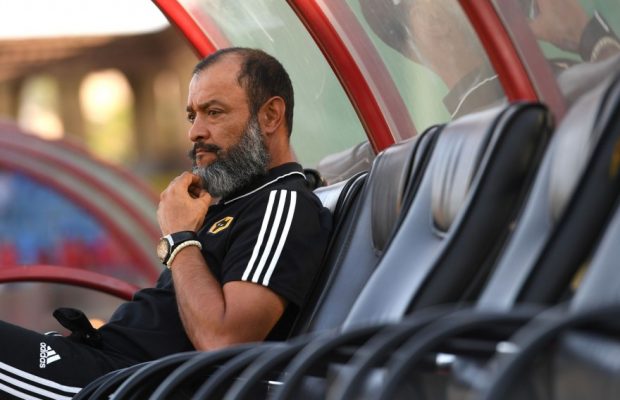 In 2013-14, Wolverhampton Wanderers were plying their trade in England’s third tier – League One. Fast forward six years and Wolves have just swept aside La Liga’s Espanyol in the Europa League last 32 with a thumping 6-3 aggregate victory over the Spaniards.

Following the comfortable win, Nuno Espírito Santo’s side are now one of the favourites for the tournament with odds as short as 6/1, if you’re interested in betting on football. To put this into perspective the midlands outfit were 20/1 to lift the trophy at the turn of the New Year.

Wolves qualified for the Europa League despite finishing seventh in last year’s Premier League, thanks to fellow English sides, Chelsea and Arsenal, reaching the final. Nuno’s side progressed through the qualifying rounds and came second in Group K to Portuguese outfit Braga, losing just one of their six group games – winning four.

Whilst Wolves lost 3-2 in the reverse fixture in Barcelona, they still progressed to the last 16 and Nuno revealed he was delighted with the ‘massive’ achievement.

“It is exciting. It’s massive. The building of the team, the process that we have been through, so we’re delighted,” the Portuguese manager told the club’s website.

“There’s been some very tough teams. It started in the qualifiers, the play-off was tough, the group stage was tough, and we’ve had to manage the competitions, which at the same time is tough with a small squad.

“But I’m very proud of the way the players have been working and dedicating themselves, and I think it has been massive. It’s massive for the club, massive for the city and we are happy, but we want to keep going. Keep going with the hard work, and this gel between players is amazing, but we need to keep on going.”

But, can Wolves actually go on to win the Europa League? Well, they’ll face Greek side Olympiacos in the next round after they stunned Arsenal with a 2-1 win at the Emirates, and, therefore, progressed on away goals.

Nuno’s side are massive odds-on favourites to progress to the quarter-finals and should they do so they’d fancy their chances against Scottish side Rangers, who will face Bayer Leverkusen after stunning Braga, whilst Austrian side Linzer Athletik-Sport-Klub, who knocked out Dutch side AZ Alkmaar, also shouldn’t pose much of a threat if they were to shock Manchester United

Bundesliga sides Wolfsburg and Leverkusen could be more worrying competition for Wolves, whilst the Red Devils would also be a tough challenge for Nuno’s side, although they have held their own in the past in the Premier League against the English giants.

However, the most challenging of opposition would arguably be favourites Inter Milan, who dropped down into the competition from the Champions League. The Serie A side have been rejuvenated under former Chelsea boss Antonio Conte and are firing on all cylinders. Inter are just six points behind leaders Juventus in the Italian league, whilst Man United flop Romelu Lukaku has also found his feet with 17 goals in Serie A.

Inter’s attacking prowess doesn’t end there, they also have the dangerous Lautaro Martínez and playmaker Christian Eriksen. The Milan side are also solid at the back with veteran Diego Godín, Milan Škriniar and Stefan de Vrij making up the second best defensive record in the league.

Whilst Nuno has urged the Wolves fans to ‘dream’ of European glory, in reality it would be a very difficult task. His side’s victory against Espanyol, who are rock bottom of La Liga, in the first-leg was just their second win in 10 games, and should they come up against some of the top teams left in the competition, then we’ll be able to tell if they are really capable of winning it.

Related ItemsPremier Leaguewolverhamptonwolverhampton wandererswolves
← Previous Story Burnley: Can the Clarets secure an improbable European spot?
Next Story → Euro 2021: The Path to a Debut