Home / Teams / UK / Chelsea / The Lampard Conundrum: Where does the weakness lie?

The Lampard Conundrum: Where does the weakness lie? 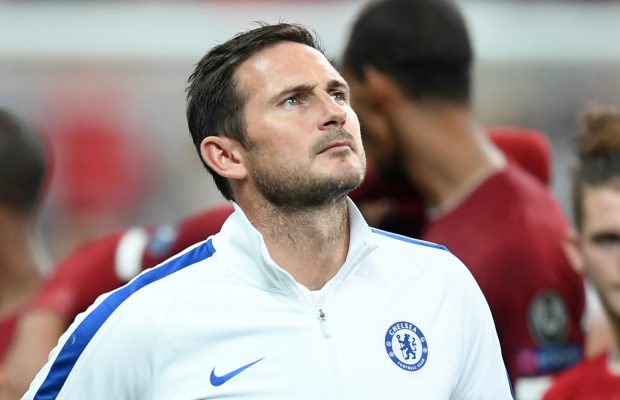 Chelsea has had inconsistent results in the last two months, the team has dropped points when least expected while also turning up occasionally to collect all three points in the league.

The inconsistency has led to many questioning Lampard’s methods, team selection and transfer plans especially now that the transfer ban is lifted. Some of the critics have rightly pointed out Chelsea’s Achilles’ heel while other allegations remain baseless and out of context.

It is important to note that of all the premier league managerial changes, arguably, Lampard inherited the most stable team at the beginning and in the course of this season. Jose Mourinho took over a Spurs team languishing in 14th, Ancelotti took over an Everton side at wrong end of the table barely winning matches, Nigel Pearson took over a Watford team stuck at rock bottom of the premier league while Arteta inherited an Arsenal team which had won only five premier league games all season at the midway point.

This position means Lampard’s biggest worry has been how to replace Eden Hazard’s goals and influence together with inspiring his youngsters to step up and make positions their own. While he hasn’t been totally successful with the latter, he has sufficiently convinced the Chelsea folklore that youngsters in the right environment can yield appreciable returns.

Tammy Abraham remains a top marksman in his first real premier league run following his exploits in the championship last season. Tomori has also been rock solid when called upon to shore up the backline. Mason Mount has contributed five goals and five assists thus far in 21 appearances in the league.

Other youngsters like Tariq and Reece James have also had impressive cameos as has Callum Hudson-Odoi. So clearly, blending fresh blood in the team has not been Lampard’s main undoing, in fact he has done what no manager in the Abramovic era has done with youngsters. Yet with all this good still hangs the question, why is Chelsea blowing hot and cold at frustrating regularity?

The answer lies within a department of the team that rarely gets highlighted when discussing Chelsea struggles. Whilst Lampard is halfway through doing auditions for Rudiger’s centre half pairing and ideal left back, he has more pressing concerns in attack. Far too often, Lampard has been urged from both within and outside to unleash a player in his mould; a midfield player capable of scoring 15 to 25 goals from midfield every season.

While this argument has elementary sense, it lacks modern day wisdom. This has made Lampard use the likes of Mount and Barkley in advanced midfield positions in order to contribute goals. This narrative is hurting Chelsea’s balance. By a country mile, Jorginho, Kovacic and Kante remain the best midfield three Chelsea has and any attempt to disrupt this may lead to temporary success but long-term struggle.  Jorginho is one of the best passers of a football not only in the premier league but in world football. His ability to recycle possession is up there with the likes of Veratti and Sergio Busquets. In Kovacic, Chelsea get drive, fluency and passing while the world-class athletic contributions of Kante complete the trio.

So how then does Lampard engineer the right trajectory with the options he has at his disposal? Lampard will have to ask more of his attack. Tammy Abraham is the only Chelsea forward this season in double digits. The likes of Willian, Pedro, Hudson-Odoi and Pulisic have yet to reach the mark for varied reasons. Some like Hudson-Odoi and Pulisic, injury has limited their involvement while for others like Pedro you would argue insufficient game time has taken a toll on their goal tally.

Still, a close look at rivals tells a totally different story. Dismal Arsenal has Aubameyang and teenager Martinelli in double digits for the season, Manchester City has Aguero, Sterling and Jesus, Liverpool has Salah, Mane and Firmino while Leiceister have Vardy and Ayoze Perez who is a goal shy of the mark. Manchester United have Rashford, Martial and Mason Greenwood all on 10 or more goals already.

Liverpool, Manchester City and Chelsea mostly operate in a 4-3-3 formation. In this formation, it is the forwards who are mostly tasked with getting the goals while the midfield maintains balance and creates. None of Manchester City or Liverpool has a midfield player in double digits for goals scored this season. Chelsea’s inability to get its wingers firing should worry Lampard more than recreating himself in a midfield player. He must get at least 15 goals from the front three to challenge for any cup in the English division.

The front three’s inability to score is heaping pressure on the midfield and the team at large creating imbalance, Chelsea is having to overcommit bodies forward in search of goals and some opponents have capitalized on this.

At the tailend of this season, Frank Lampard will have to look at the goal returns of each of his forwards and make a decision that suits this team and his set up. But what remains of paramount importance is the fact that a goal haul of less than 10 goals is unacceptable for a forward playing in this Chelsea team. Forwards have been linked with the Blues with names like Cavani and Timo Werner mentioned but that remains speculation so far.

As for the midfield, Lampard should trust Jorginho, Kovacic and Kante because they present the best balance to the team. If the right questions are asked to the Chelsea forwards, nobody will doubt the contribution of the aforementioned midfield trio. The other midfield players like Loftus-Cheek, Mount and Barkley can be used during rotation and cup games to keep them sharp and ready for a first team berth should one arise through injury or poor form.

It is only through a front three firing on all cylinders that Lampard will realize his objectives at Chelsea during his tenure.