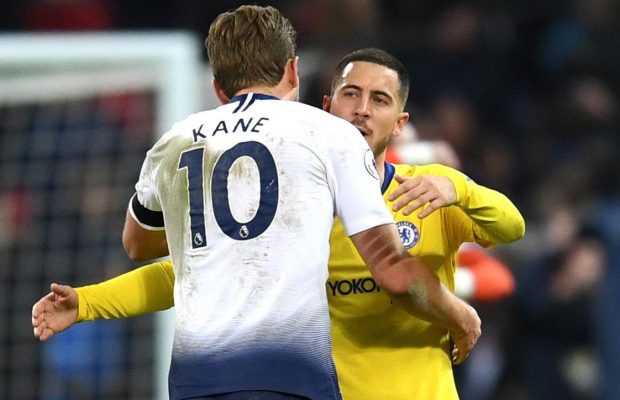 Tottenham Hotspur head to the Stamford Bridge to take on a Chelsea side that could present a much tougher challenge than one might think.

Spurs are flying very high in the Premier League this season having won four of their last five Premier League fixtures until their away loss to Sean Dyche’s Burnley side. Chelsea on the other hand, have not been impressive so far. The Blues have seen eight goals from both Manchester clubs in the space of one week and their last outing in the League wasn’t that impressive as well.

On the other side, Tottenham already have one foot in the UEFA Champions League quarterfinals, and a road triumph here brings them just four points off the pace for the top of the table.

Harry Kane returned to training almost two weeks earlier than everyone had expected. The England international, who has netted 14 Premier League goals this season, was originally ruled out until March, but recovered unexpectedly from an ankle ligament injury that he sustained against Manchester United on January 13.

As his recovery progressed quicker than most had expected, Tottenham manager Mauricio Pochettino, according to Flaming Hairdryer, made it known that Kane’s return against Burnley on February 23 could be on the cards. And while Kane return to action, but the England international goal wasn’t enough to help his side cruise past in-form Burnley.

It may not be long until star midfielder Dele Alli also returns to training, and the trio of Ben Davies, Danny Rose and Vincent Janssen are still major doubts. Eric Dier was not in included in the club’s 3-0 UCL win at Borussia Dortmund last week while he came in as a sub against Burnley at the weekend but one could predict the Englishman getting the nod to play against Chelsea this weekend.

With a 3-0 lead on Borussia heading into the second leg, Tottenham have all but punched their ticket to the quarterfinals. The injuries to Harry Kane and Dele Alli remain huge concerns, but on the whole, Mauricio Pochettino has adjusted exceptionally. With the Champions League quarters not until April, Spurs should be back at full strength for the final eight.

There’s value on Tottenham at +1400 (6.7% chance). All else being equal, the final eight would all have a 12.5% chance. And while all is not equal, Tottenham should not be this far behind favorites Man City (+275), PSG (+500) and Barcelona (+500) according to the betting sites reviewed by mytopsportsbooks.com, as Spurs have shown us the heights they can reach thus far.