COVID-19 Standstill Not Slowing Down the Man United Steam Train 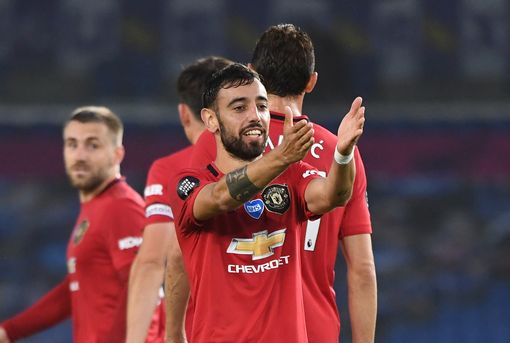 Manchester United showed their credentials for chasing down a Champions League spot have not been diminished over the lockdown period after ruthlessly brushing aside Brighton & Hove Albion.

Ole Gunnar Solskjaer’s side extended their unbeaten run to 15 games to put the pressure on Frank Lampard and Chelsea with a performance to show they are ready to compete over the final six games to get back into Europe’s elite competition. Even Leicester City are not out of reach as the resurgent Red Devils made sure they crept back in front of Wolves and kept the others looking nervously over their shoulders.

Over the course of this season, there have been calls for Solskjaer to be sacked after an indifferent first half of the season, but there were signs in the win over Brighton that the players are finally responding to the Norwegian. A lot can be attributed to having everyone fit to play once again, like a few other clubs can also lay testament to.

The signing of Bruno Fernandes in January appears to have given the side new impetus and swagger the Manchester United of old had in abundance. The Portuguese has been instrumental in the club’s charge towards the top four and in tandem with Paul Pogba at The Amex Stadium, the pairing enjoyed a comfortable night. Two exquisite strikes from Fernandes and Pogba’s insistence to get forward at every opportunity has given the Old Trafford faithful reason to believe something can be built once again to get the club challenging for titles once again.

Whilst Fernandes has been one of the stand-out players for Solskjaer, Mason Greenwood cannot be ignored either. For an 18 year old stepping into the first team of one the biggest clubs in the world, he hasn’t looked out of place whilst contributing 13 goals in total, the latest coming on Tuesday evening with a fine solo goal capping a superb individual effort.

Solskjaer has also managed to get some stellar performances from Antony Martial culminating with a hat-trick against Sheffield United while Marcus Rashford on return from injury has looked sharp.

United’s run-in is very favourable, facing three of the bottom four in their final six league games and there is the potential that the final game of the season away at Leicester could be a decider for a spot in next season’s Champions League. Before then though, United must keep up the pressure on City and Chelsea with wins against Bournemouth and Aston Villa.

With both Chelsea and Leicester slipping up Solskjaer knows United must take advantage of this whilst balancing the run for glory in the FA Cup and the Europa League to come in August. If the Norwegian can end the season having achieved a top four spot or more silverware in the trophy room, it would certainly be a far cry from earlier in the season when some supporters were calling for his removal.

Some credit has to be given to the board for sticking with their manager, it’s all too easy these days to sack a manager and not give him time to build, time for the players to understand what is required and the right personnel brought in against those not up to it.

Despite this though there is much work still to be done to get closer to both Liverpool and Manchester City, United will need to spend well in the transfer window targeting the successor for David De Gea if Dean Henderson isn’t the one to fill the Spaniard’s boots, Jadon Sancho would be a fine addition to bring pace and goals, the biggest question mark is over whether a 20 goal plus striker can be tempted to Old Trafford although with goals currently raining in from everywhere that might not be a necessity.

Related Itemsman unitedmanchester united
← Previous Story “Ah, I Didn’t Mean It Ref” – How Football Has Pulled Out of the Tackle with Racism
Next Story → Despite Man City humbling, post-lockdown Newcastle is a new, reinvigorated outfit