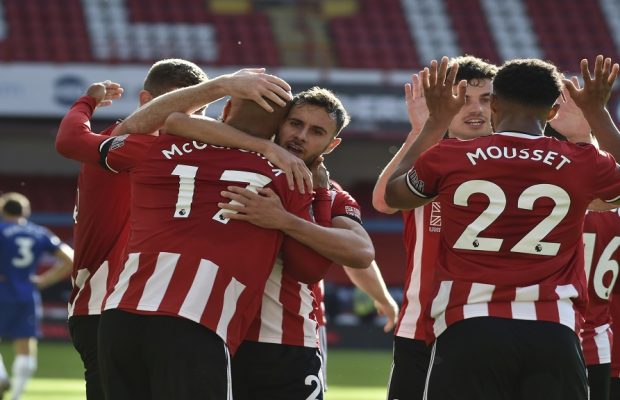 When the season began, Sheffield United to give the big teams a run for their money was not the sentence on everyone’s lips. Three games from the end of what has been a fantastic season for Chris Wilder and his team can end with qualification for the Europa League as the Premier League heads towards the culmination of the delayed 2019/20 season.

The Bramall Lane outfit have been receiving plaudits all season and quite rightly so, Wilder’s team have feared no one throughout the campaign and despite a slow start in June when the season recommenced, they have found form once again although they face a tight race to finish in the top six.

Wolves, Arsenal, Burnley and potentially Tottenham can still gate-crash the qualification places and Wilder knows he must extract every ounce of sweat and endeavour from his players for two more weeks. It’s been very impressive how his team have not looked out of place against the big six, knocking both Tottenham and Chelsea out of their stride in recent games scoring three times in each game and making the London sides look very ordinary.

Wilder builds his teams on graft, hard work, no thrills but a togetherness you can see across the pitch, thats been his trademark working through the leagues as a manager and finally arriving at the very top. The no fear aspect allows his team to play with freedom, but knowing every player understands their role to get the result.

The loan signing of Dean Henderson from Manchester United has been a revelation, many asking if the youngster is the heir to the gloves at Old Trafford given his performances this season and clamour for inclusion into the next England squad to be named.

Wilder has great success playing two strikers, a system that almost doesn’t really exist anymore and defenders find it so easy to worry about just one striker, it can be put down as a measure of why his team are getting the rewards, defending starts at the front and in David McGoldrick and Oli McBurnie Wilder has two willing runners and workers, not shy of putting themselves about nor getting stuck into defenders more used to having time on the ball.

Against Chelsea was a classic example of how his team work to their strengths, confident goal-keeping from Henderson, defenders throwing themselves into every block and tackle, midfielders pressing and harassing not giving Frank Lampard’s team a chance to settle or pick out a cute pass, and those front two gave the Blues a torrid time across their back line.

From their final three games against Leicester, Everton and Southampton a very good chance of a nine point haul if they can keep Jamie Vardy and Danny Ings off the pace, Everton having struggled of late should make for a comfortable win if the Blades put in another commanding performance.

Next season is the big test for Wilder and Sheffield United, second season syndrome as they call it can bring a club crashing back down to earth with a bump, but as Wolves have proved this season it doesn’t have to have an effect on the club and this with European football thrown in as well, the club I’m sure will have looked at the possibilities and have preparations underway to be ready, what a bonus it will be for the supporters to come back to stadiums next season to enjoy European football.