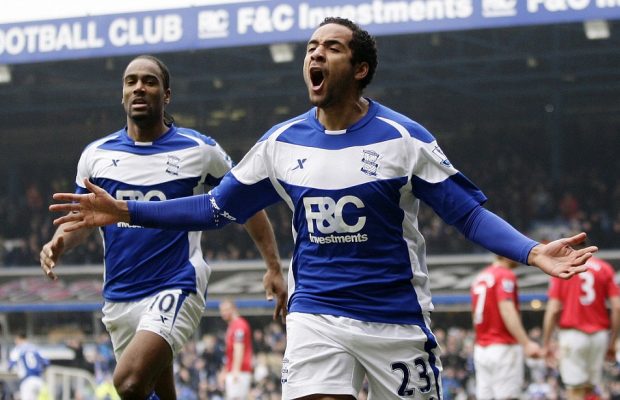 Many players have made the move straight from South America to the Premier League the levels of success have varied. For every Gabriel Jesus and Noberto Solano, there has been a Kleberson, Mark Gonzalez or Augustin Delgado. But very few players can say they had a spell as eventful as Jean Beasejour; 3 trips to Wembley, 2 relegations, 2 Europa League runs, one Carling Cup and one FA Cup in just 4 seasons in England. It is safe to say Chilean international had an eventful if somewhat short spell in England.

Signed by Alex McLeish, Beausejour made an immediate impact at Birmingham City setting up two goals in a 3-1 League Cup win over MK Dons and quickly won over The Blues faithful with energetic displays despite the lack of an end product. In his 17 appearances that season in the Premier League, he only scored two goals and failed to assist a single goal. However, in a season that would see the Midlands side relegated on the final day, Beausejour was viewed as a replica of Newcastle United’s Jonas Gutierrez for his defensive work.

Beausejour averaged 3 recoveries of the ball per game while he averaged 1.22 interceptions, the same average as Trent Alexander Arnold this season. His substitute appearance in the League Cup final was crucial as his hold up play relieved the pressure of the Blues defence on several occasions and his tracking of Bacary Sagna helped Liam Ridgewell deal with Andrej Arshavin who had been causing problems throughout the game, assisting Van Persie’s equaliser.

It has been seen as a curse for some clubs to reach the League Cup final in recent years with many clubs form dipping after appearing in it –  Sunderland lost 5 out of their next games after their 2014 defeat to Manchester City having lost just 3 out of the previous 11 league games while Arsenal suffered defeats to Brighton and Newcastle in a run of 5 defeats in 11 after their 2018 defeat to Manchester City.

Birmingham City’s form prior to the final was not striking fear into the hearts of opponents but they were a difficult side to break down, losing just 9 out of the previous 35 games in all competitions. But a run of 7 defeats in their remaining 12 games after the triumph would see them fall from 14th to 18th, scoring just 10 goals in those 12 games; two of which came from Beausejour including a goal which secured a point at Goodison Park.

After their relegation, Beausejour spent 6 months in the Championship with the Blues, making 30 appearances in all competitions including all 6 Europa League group matches before departing for Wigan Athletic in January 2012.

Prior to his arrival, the club lost 15 of their previous 24 games in all competitions, conceding 2 or more goals on 15 occasions. Beausejour was converted into a right wing back by Roberto Martinez and in the remaining 16 games after his arrival, all which Beausejour featured in, the club only lost 4 games and conceded two or more in just 5 games, two of which were away to Spurs and Chelsea. It is also worth noting that in the 22 Premier League games prior to his arrival, 12 different players who played out wide scored against Wigan including several left sided wingers such as James McClean, Royston Drenthe and Gareth Bale.

In the 16 games Beausejour featured at right wing back, only 2 managed two get on the scoresheet: Matt Jarvis and Gareth Bale. To say that Wigans significant change in form was solely down to the Chileans arrival would be the concept of deluded fan but this number of statistics, primarily defensively, that altered in their favour after his addition cannot be ignored.

In his final season in the Premier League, he only missed 4 games and featured in 39 games in all competitions, making him the 6th most used player in the Wigan squad. His energy and work rate was widely praised by fans but ultimately, it was not enough to see Wigan stay up. His qualities and flaws were the same as the teams; Hard working, honest, technically strong and willing to die for the club but ultimately, did not carry enough attacking threat and capable of defensive lapses. The club finished the season with the joint worst defence with 73 conceded.

Only 5 teams have conceded more in a single season since then. He would stay with the club for one season to get them promoted and was 4th in the appearance charts, playing a key part for both Owen Coyle and Uwe Rosler. While he only scored two goals, both in the Championship, both were winners and gained 6 crucial points for the club while he assisted two in a 3-3 draw with Yeovil. The 7 points gained from those games would prove to be crucial, seeing Wigan finish in the play off spots by just two points although they would ultimately lose in the semi-final to QPR. He would depart Wigan at the end of the season for his native Chile where he would sign for Colo Colo.

After leaving Wigan, he would win 2 league titles in Chile and would also feature in the Copa America winning Chile sides in 2015 and 2016, finding himself named in the team of the tournament in the latter. Beausejour would finish his career with 6 major club honours in 3 different countries and 2 international honours while he would also reach a century of appearances for Chile, eventually finishing with 107.

Not many players outside of the top 6 in the Premier League can say they have won 3 league titles in their home country, scored in two world cups, won both domestic cups in England and won a major international tournament twice while making over 100 appearances for their country which makes Beausejour’s career even more fascinating. Except for a short stint at Gent in 2007 where he failed to make an appearance, he featured prominently for each club he played for despite the lack of goals.

A career journeyman, he never made more than 100 appearances for any club and never spent more than 2 years at any club. Yet Wigan and Birmingham fans have fond memories of the Chilean and while he may not have struck fear into the hearts of Premier League full backs, he certainly struck a chord with the fans.