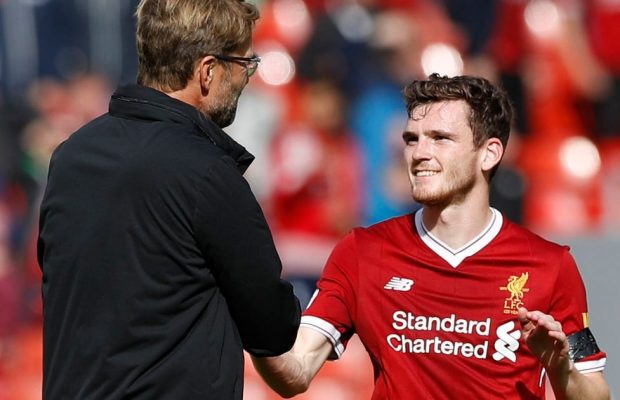 Aside from the arrival of Mohamed Salah early in the summer, much of Liverpool’s transfer business on the incoming side of things had ended in frustration with moves for Virgil van Dijk (signing on in January) and Naby Keita (later sealed for arrival next summer) both hitting stumbling blocks.

In spite of this there was some good news for Liverpool supporters in the form of a new left-back with Hull City’s Andy Robertson joining the club for a fee believed to be around £8 million.

Whilst this isn’t the most expensive or exciting signing the Reds could make, it does in fact fill a need that the club has held for a number of years at left-back.

The club has looked to Jose Enrique, Alberto Moreno, Joe Gomez and latterly James Milner to fill the position but in truth none have really reached the level needed for Liverpool’s back four to be reliable and consistent.

Milner perhaps provided the most stable pair of hands but it is clear he is limited in the attacking side of the role, something which Jurgen Klopp’s system desperately relies on as was seen by his unprecedented success using Marcel Schmelzer and Lukasz Piszczek at Borussia Dortmund.

Moreno was the other extreme with the former Sevilla defender excelling in going forward but the Premier League quite simply highlighted his defensive deficiencies week after week until he eventually lost his place in the team.

Liverpool and Klopp need to vastly improve their defence after last season and in Robertson they would be signing a young defender capable in both sides of the game but also with scope for significant improvement at just 23 years of age.

He burst onto the scene with Hull City and enjoyed an encouraging campaign in the top flight last season despite being part of a failure to avoid the drop. He started 31 out of the club’s 38 matches and managed to avoid a long injury lay-off, something that coaches definitely take note of when deciding on targets.

He boasts pace on the flank which enables him to cover his own forward runs when retreating back, something Moreno was unable to do, and he has an element of grit in his own style that helps when defending.

One of the major complaints about Klopp’s charges last year was that they weren’t difficult enough to play against. Of course the wonderful attacking players often took games away from teams and Liverpool would blow teams away through sheer force going forward, however if the goals didn’t come for whatever reason then it was a pretty safe bet that the opposition could count on a mistake at the other end.

The centre of defence is an area which needs to be addressed too but it can only be encouraging for supporters to see the club looking to improve defensively after the arrival of Salah.

Robertson, still only 23, returned from Hull’s pre-season trip to Portugal in order to complete the formalities of a move.

Not only did his arrival give Klopp more security in defence, it allowed him to increase the depth in his squad ahead of a Champions League campaign. When the club returned to the competition under Brendan Rodgers it was clear Liverpool were woefully underprepared and thus they were eliminated in the group-stage after an embarrassing failure against Basel at Anfield.

Liverpool cannot afford such a disappointment once again if they are to start competing with their rivals in the transfer market and Klopp must deliver a place in the knockout stage of the tournament this season.

Moreno is a valuable player to have as depth and his versatility allows for him to be used in a more attacking position; something that may well be needed should an injury crisis hit. This is the benefit of having a larger squad and if this can be achieved at the same time as vastly boosting the defensive quality in the left-back position then it is a no brainer, especially for such a minimal fee.