Loris Karius: Finally stepping up as a Liverpool player 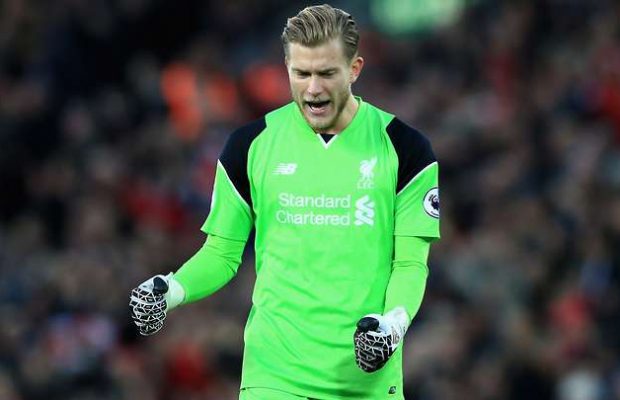 On the 15th of January (a day after Liverpool’s victory over the unstoppable Manchester City), news came out that Liverpool manager Jurgen Klopp has taken the primary goalkeeping responsibilities off Simon Mignolet and handed it to Loris Karius.

This news was received with a mixed reaction by the Anfield faithful. They had been already tired of Mignolet making blunders week in week out, but at the same time they had not seen the new number 1 Karius doing any better when he was given chance.

Anyway, along with this news came another one. That Liverpool are interested in signing Roma goalkeeper Alisson Becker when the Summer transfer window opens at the end of the season. The Brazilian being one of the best rated goalkeepers in the world and having some more than awesome compilations on Youtube got the fans excited.

So as that news brought a string of hope into the fans that Liverpool goalkeeping woes might be finally over in the summer with the signing of the Roma goalkeeper (last time the Reds signed a player from the Serie A club, things went way better than expected), the fans shrugged their shoulders to Karius being handed the number 1 role for now as if they seen the worst and there was nothing more to come.

The Reds’ game against the Citizens on the 14th of January could be considered as his first game as the club’s official number. Even though Klopp revealed this to the public only after the game, it was pretty clear that the decision was known to the players prior to the big game.

Karius was considered to be a surprise inclusion as it is Mignolet who usually starts in the Premier League. Bringing in the young German for such a big game along with the fact that it was the first game after the departure of Philippe Coutinho did not put the fans in a  comfortable position.

Liverpool conceded three that night (the Reds scored one more than Pep Guardiola’s side that night, becoming the first team to beat them in the league this season) and Karius’s performance was not better than his usual ones.

After a defeat to bottom placed Swansea and a comfortable win against Huddersfield, Karius hit the headlines after the club’s fixture against Tottenham Hotspurs in the beginning of this month.

Although it was John Moss and co who attracted more attention from the fans, the 24-year-old also got some. The Spurs match saw Karius produce one of his best performances in the Liverpool colours (yet much more is expected from a goalkeeper playing for a side like Liverpool).

The former Mainz goalkeeper made a total of four saves out of which one was a poorly taken Harry Kane penalty. Karius couldn’t do much for the English striker’s second penalty which was also awarded in a very controversial manner just like the first one.

After that match, the reaction from the Liverpool fans were of two types. One side praised the youngster for putting up a better than usual performance, while the other set of fans claimed that the saves he made are those that he should be making and it is expected of him. For the latter set of fans, Karius did nothing worth of praise.

I came across an article about Karius which stated the same. He just did what is expected of him and nothing more.

The author also took instances from the same game to expose the player’s weaknesses. His point was to show the fans that even in Karius’s best game in the red shirt so far, his minuses are more evident than his positives.

The article was spot on. He was right. Karius did nothing specatacular like David de Gea does for Manchester United every match. His weaknesses were as clear as daylight aswell.

However, that is just one way we can look at that performance by Karius. If we put down our criticiser’s glasses down and decide to look at it from a different perspective, we can see it differently.

Karius has never been able to kickstart or gain any kind of momentum since arriving at Anfield in 2016. He was not able to hit the form that he had in his Mainz days. He was second choice to Mignolet all this time. He was not able to take his chance when it was given.

All these and above that the criticism from the fans are not going to help the confidence of a 24-year-old goalkeeper in any way is it? And for him to come up with a decent performance is indeed a praise-worthy matter if you ask me.

No matter what criticisers say, he has rose to the occasion. You could say that Klopp made Karius the number because he got tired of Mignolet just like the rest of the fanbase, but isn’t that taking the credit off the German keeper?

What about the work that he must have put in during training? What about the attitude that he has that is helping him gain confidence? Don’t you think that might also have played a part in Klopp’s decision?

A week after the controversial Spurs match, Liverpool faced Southampton in which saw the Reds win the game 2-0. Predictabally it was Bobby Firmino and Mohamed Salah who scored for Klopp’s side.

Ooo, that pass and run by Mo Salah and that sweet backheel pass by Firmino to set up the Egyptian King’s goal make me want to sing “We have got Salah, do do do do..” However as Karius is the subject of my article, let me get back to him.

The former Manchester City youth player’s increase in confidence was evident in the match against Saints.

The way he made himself big to stop Pierre-Emile Hojbjerg from scoring. The way he stretched himself to the maximum to tip a James Ward-Prowse header over the bar. The way he came out of his line to punch the crosses sent in by the Southampton full-backs. All were signs of confidence.

Even though Karius had nothing much to do against Huddersfield and Porto, two cleansheets in those games are going to help him just like the other two performances we talked about.

This week a number of Liverpool journalists including the very reliable Paul Joyce reported that Liverpool are set to drop their interest in Alisson due to the trust Klopp has in Karius. This was not received happily by the majority of the fans.

Even though the youngster did well in his previous few games, the Kopites do not believe that he has what it takes to be the club’s long time number one.

However, this report is again something that is going to help his confidence a lot. I don’t expect him to be the best by the next month. Instead I just hope that he continues having decent games and build on his momentum.

One bad game and the subsequent backlash will see his confidence go way down again, and that will be hurtful for the player aswell as the team. Instead if he takes his time and slowly builds on his confidence, he could be a much better player by the end of the season.

Maybe good enough to prove Klopp’s decision to stick with him right.