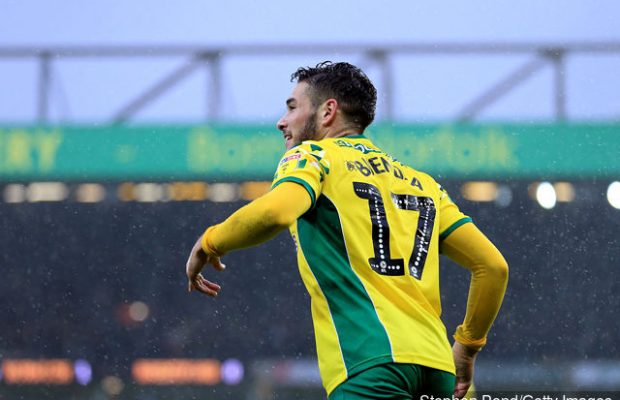 Norwich City’s buzzing return to the Premier League has been about Finnish goal machine Teemu Pukki. It isn’t rocket science. With five strikes in four matches, Pukki is the division’s second top marksman. Unheralded, however, Argentine playmaker Emi Buendia is leaving a mark on the grand stage.

Losing James Maddison was a hard pill to swallow for Canaries faithful. The English prospect was Norwich City’s most impressive player in 2017/18. Maddison buried 15 efforts, laced 11 and was named in the PFA’s’ Championship Team of the Year in just one full season at Carrow Road.

His exit paved way for another 22-year-old. A bit of scepticism accompanied the Argentine from Spain. Buendia was not the glamour replacement envisaged. He wasn’t even known in England. The few who did may have labelled the move a gamble and rightly so.

Buendia promised much albeit ultimately offered little. At only 13, he was snapped by Real Madrid, then crossed to city rival Getafe one year later. He was promoted to the first team in 2014, debuting against Eibar but wasn’t officially part of the first team until 2016. Even then he often shuttled the youth side.

In his first season, Buendia started just six matches and scored twice. Afterwards, he went off the rails, then loaned to Cultural Leonesa, in LaLiga 1|2|3, where he played 40 matches and found the net six times. Getafe didn’t think twice before accepting Norwich’s £1.5m outlay.

Surprisingly, though, Buendia’s English foray has been fruitful. The 22-year-old was influential as Daniel Farke’s squad clinched the Sky Bet Championship last season, hitting eight goals as well as creating a dozen. The little Argentine lit up the second tier, his flair and penchant for the spectacular ensuring Norwich didn’t miss Maddison.

Buendia hasn’t quite hit that height in the Premier League thus far, especially with Pukki monopolising all the goals. While the wait for his maiden top-flight effort tarries, the right-winger has already demonstrated the most valuable part of his game; the inbuilt ability to craft for others.

Buendia has registered two assists in the league - against Chelsea and Liverpool. Only Manchester City pair Kevin de Bryune and David Silva have conjured more. For chances created, he ranks fifth with 10 behind De Bryune, Trent Alexander-Arnold, Manuel Lanzini and Paul Pogba.

Buendia is physically explosive and quick and maintains possession. He loves to dictate play from behind the strikers with an incredible ability to shoot from distance. He also provides crosses into the box, dribbles and creates chances.

Although yet to find his rhythm he is elusive and difficult to mark when cutting inwards. It is time to take notice of the Argentine.

Related Items
← Previous Story Frank Lampard: Why the Chelsea Manager Isn’t Ready To Coach At The Highest Level
Next Story → Raheem Sterling: From A One-Dimensional Winger To The Complete Attacking Weapon