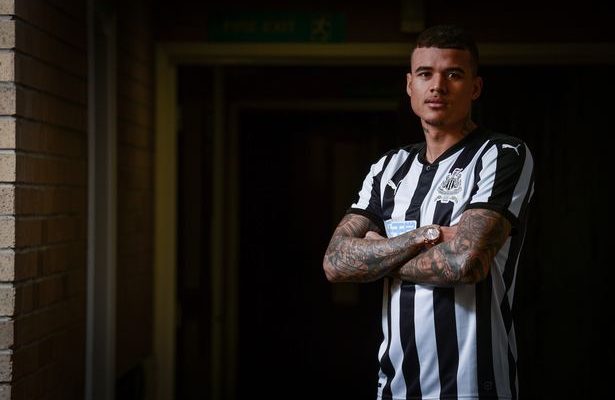 Newcastle United completed the signing of Kenedy on a loan deal from Chelsea until the end of the season, with the winger becoming only the fourth ever Brazilian to don the black and white shirt of the Magpies.

Kenedy was a player United had wished to sign in the summer, however Chelsea’s inability to find a replacement in time caused the deal to fall through. Newcastle, now, have their man, after Chelsea appear to close in on another Brazilian - Emerson Palmieri - from AS Roma.

The 21 year-old began his career at native club Fluminense, making his debut at the raw age of 17. He made a total of 40 appearances in all competitions, registering five goals before moving to England. His glimpses of talent at the ‘tricolor’ was attended to by Jose Mourinho, who paid Fluminese a fee of £6.3m for the services of Kenedy.

In his first season at Stamford Bridge, the winger was used sporadically and made 14 appearances, scoring once. The following season, the Brazilian was hoping for more playing time and joined fellow Premier League club Watford on loan for the season.

His spell at the Hornets was cut short to only four months however, due to struggling with injuries. Kenedy will wish that his time at St James’ Park will run more smoothly and was upbeat upon joining, stating: “I’m so happy with this opportunity at Newcastle… It’s a traditional club and Rafa Benítez is a fantastic, amazing coach”.

Primarily a winger, Kenedy can also operate on any position on the left-hand side of the field. It is this versatility that prompted manager Rafa Benitez to make him a priority target, with the gaffer stating: “The reason we are interested is that he can play in several positions – as a winger, a wing back and also as an offensive left full back, so he gives the team many options”.

Prior to signing, the Magpies were short of cover in the left-back position, with local boy Paul Dummett being the only recognised full-back in his position; Massadio Haidara is also on the fringes, however the Frenchman has struggled with injuries and is deemed out of favour by Benitez.

With Dummett’s injury on the opening day of the season keeping him out until December, Benitez opted to deploy Javier Manquillo as a makeshift left-back for the majority of this season, while winger Matt Ritchie and centre-half Chancel Mbemba have also featured at left-back.

It seems Kenedy will predominantly provide competition for Dummett at full-back, with the Chelsea loanee’s pace providing a more attacking outlet from the position.

Alternatively, the acquisition of Kenedy may tempt Rafa to opt for a change in shape at times in the remainder of the season. The winger’s ability to act as a wing-back may see Newcastle set up a 3-5-2 shape which has been seen already on occasion this season.

United set up this way away to Chelsea in December, with Benitez experimenting with his squad. Matt Ritchie was deployed as left wing-back during that match and subsequently struggled to adapt as it was not his ordinary position. Kenedy meanwhile, is more accustomed to the role, while we may see Rafa give the system another attempt against top opposition.

Kenedy is one of up to four players that Rafa would like to acquire in the January transfer window. Next on the shortlist is a striker, with the latest reports indicating that controversial owner Mike Ashley has made funds available for Rafa to sign a hitman.