Home / Columns / Why Miralem Pjanic is Juventus’ most important player

Why Miralem Pjanic is Juventus’ most important player 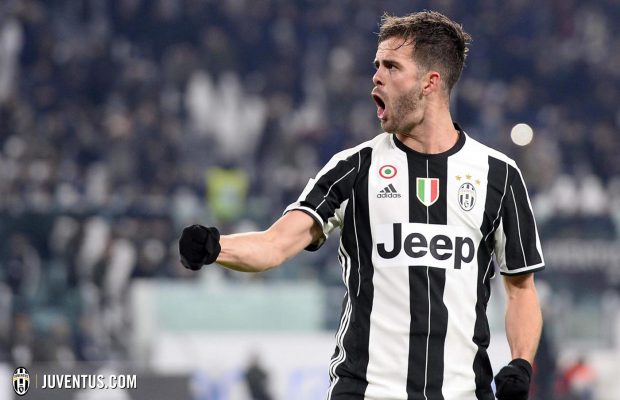 It seems like everyone now has an opinion on why Paulo Dybala has struggled to maintain his superb early season form as we approach Christmas.

After all, this was supposed to be the season in which he raised his game to that next level and lived up to all the comparisons to Lionel Messi he has enjoyed in recent campaigns. Despite his phenomenal start to the campaign, he has failed to live up to the hype in the vast majority of matches he has played in since.

A combination of successive below par performances and Dybala’s stuttering form prompted Massimiliano Allegri to shuffle his pack in recent weeks and alter the team’s tactical system.

There have been some promising signs since he opted to implement a 4-3-3 formation, which has given one player in particular the chance to shine brightly as the team’s new talisman: Miralem Pjanic. The Bosnian midfielder really has come into his own since being handed the keys to the Bianconeri midfield.

Playing alongside Sami Khedira and Blaise Matuidi has allowed the ex-Roma man to focus his efforts on dictating the tempo of matches with the ball at his feet, rather than being hampered by too much defensive responsibility.

While Pjanic has the intelligence to cover the right positions, there is no doubt his game has benefited from Allegri’s decision to deploy the energetic Frenchman beside him.

Pjanic’s increasing importance to this Juve side has been evident for several weeks now.

He was superb in the Derby d’Italia against Inter which, to be perfectly honest, was a match they were desperately unlucky not to win. The Nerazzurri struggled to find a way of containing him – particularly in the second half – which led to Allegri’s team being completely dominant.

He was in excellent form once again at the weekend during his team’s 3-0 away victory away against Bologna, in which he expertly dictated the rhythm of the game once again. He was duly rewarded with a goal of his own, though he would be the first to tell you his main role within the side is to create openings for others.

Pjanic is in the form of his life and, should he continue in this current vein, will be absolutely crucial to La Vecchia Signora’s chances of claiming a seventh consecutive Scudetto.