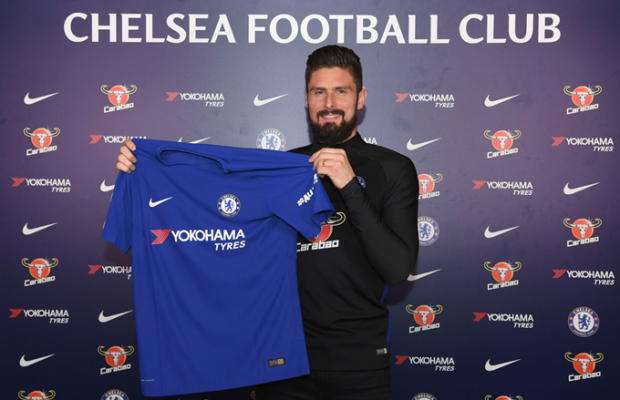 With the transfer window shut until the end of the season, football clubs across Europe will have to make do with the players they already have.

Although the likes of Manchester City, Manchester United and Arsenal bought in world class signings, teams such as Newcastle, Crystal Palace and Southampton struggled to get their required targets.

But what about Chelsea? Did the Blues get the required targets that Antonio Conte needlessly desired or did the board go for the cheap, easy targets.

This article will give a brief assessment of Chelsea’s signings and judge whether they will be in the starting lineup or are they there to make up the numbers until the summer window opens.

After rejecting Chelsea on deadline day last August, Ross Barkley finally made the move to West London for a cut-price deal of 15 million pounds.

Although he has not played a game all season, Barkley is a versatile midfield player that can play in more than one position, something that Antonio Conte craves.

However, with a lack of game time under his belt and his inconsistent form last season, Barkley will have to improve, if he stands a chance of playing regular football for the West London outfit and breaking back into the England team.

Overall, with youth on his side and for a bargain price, Barkley is a good addition for Chelsea.

The Brazilian born but an Italian national, Emerson Palmieri is another player who can play in more than one position.

Arriving from Roma for 17 million (plus add ons), Emerson provides much needed cover on the left flank for Marcos Alonso, who has been an ever-present for Chelsea this season. However, Emerson has just returned from serious ligament injury, which sidelined him for almost a year.

Again like Ross Barkley, Emerson has youth on his side but clearly was not Conte’s prefered target i.e. Alex Sandro. The general feeling of this signing is that he will provide cover when needed but will not expect to eclipse Alonso’s position in the team.

The final signing of Chelsea’s transfer dealings, Olivier Giroud arrives at Stamford Bridge with wealth of experience, having spent five and half years at Arsenal.

With opportunities lacking at the Emirates and Chelsea looking for a target man, Giroud fitted the criteria. Though, not seen as the club’s first target (Andy Carroll, Peter Crouch, Ashley Barnes and Edin Dzeko), Giroud arrives at Chelsea, seeking to fight for a starting position, with Alvaro Morata injured and misfiring.

Giroud has a decent strike rate, with 105 goals from 253 appearances from Arsenal, which indicates he is not shy in front of goal. Overall, Giroud provides a good but short term option for Chelsea, having signed an 18 month contract (although he has the option of an additional year).

Overall, Chelsea’s January signings will provide depth to the squad but nothing more.

Although the likes of Barkley can be seen as a future regular, the signings suggest that the board wanted to keep Conte happy until the end of the season and see if the Italian will be at Chelsea, come the start of next season.