The Toon Tribune: Why Newcastle need their injured forwards to return soon 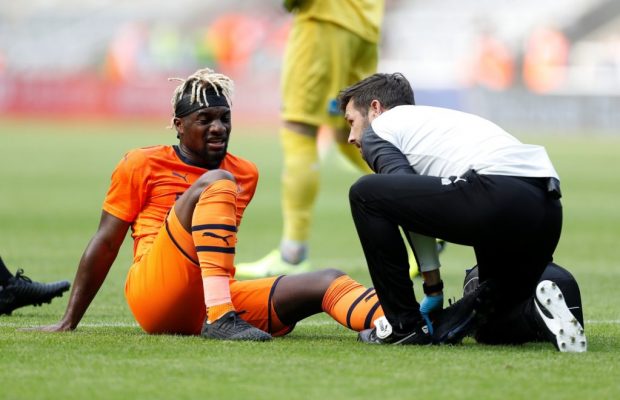 After the opening five games in the Premier League season, Newcastle United have performed slightly better than what was expected after a turbulent summer.

Their record reads one win, one draw and three defeats, however the Magpies have demonstrated some gritty displays as well as patches of spirited play which was a crucial element last season.

Moreover, United have been unlucky with injuries this season. New signings Allan Saint-Maximin and Andy Carroll are currently on the sidelines, along with Dwight Gayle, Sean Longstaff and Florian Lejeune.

The treatment room contains plenty of footballing talent which Newcastle are missing out on so far, especially in attack. Saint-Maximin is direct, dynamic and provides raw pace, Carroll is an attacking focal point, while Gayle can stretch defences by running in behind; all three forwards provide alternate options and will be a huge bonus once they all recover.

Currently Joelinton and Yoshinori Muto are the club’s only fit centre-forwards, with a lack of attacking options evident on the substitutes bench in the most recent fixture against Liverpool.

Although United have played well in bouts, there is a slight lack of cohesion, which was expected given the number of new additions as well as a new manager. The new signing need time to bed in and gel. Once they do then there is clear potential for the Magpies to push on this season (with their squad depth also being respectable) and exceed expectations of scrapping in a relegation battle.

Newcastle’s new incomings have shown glimpses of talent, while the Magpies need their injured forwards to return sooner rather than later in order to kill off games as the club has failed to score more than one goal in a single game so far.

Related Items
← Previous Story Emery’s new-look Arsenal: A Work in Progress
Next Story → “He rests more than my dead Grandma” - why Arsenal fans are outraged by Europa League squad exclusion