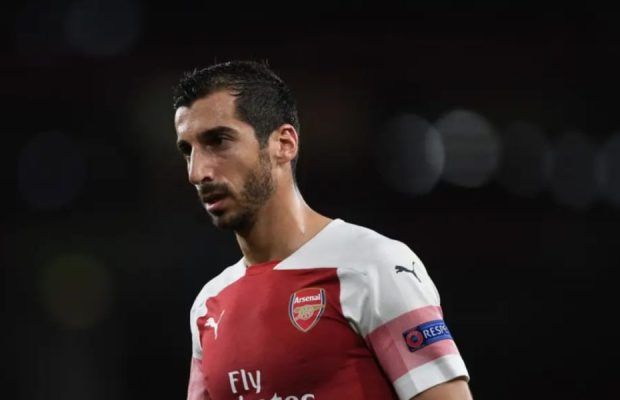 Arsenal‚Äôs transfer dreamland continues to turn fantasies to realities at a seemingly unstoppable rate. Don Raul and co may be on the cusp of another transfer masterstroke, according to reliable Sky Sports journalist Fabrizio Romano.

In just a short while ago, the transfer scoop extraordinaire has revealed the news that Arsenal and AS Roma are entangled in negotiations to sell the 30 year old Armenia international to the Serie A outfit. Other details like the purported fee and nature of the deal have not been disclosed. However, with that being said, the Mirror claims that AS Roma‚Äôs overture is a season-long offer.

AS Roma are in talks with Arsenal for Mkhitaryan. üî¥ #AFC #Roma #transfers

Should Arsenal sell or keep? Sell, without a shadow of a doubt. Mkhitaryan is a shadow of his former scintillating and, at times, unplayable Dortmund-self.

He‚Äôs bereft of confidence and belief in his undoubted skill and abilities, as he proved multiple times against a shaky Tottenham backline. The versatile playmaker has failed to acclimate to the Premier League, and a change of scenery and landscape is probably what the doctor ordered to revive his waning career.

In short, if this move materializes, then it‚Äôs a move that suits all parties. Well, maybe not Roma, but who knows? They successfully revitalized Szczesny‚Äôs fortunes and Gervinho enjoyed a decent spell there, as well. Could the Roman thunder strike another with the vacillating and indecisive, but adroit Armenian? I certainly hope so.

Related Items
← Previous Story “Top 5 worst players to play for Arsenal” - why Arsenal fans are livid with 30 year old‚Äôs display against Spurs
Next Story → No Maguire, no problem for a flying Leicester City