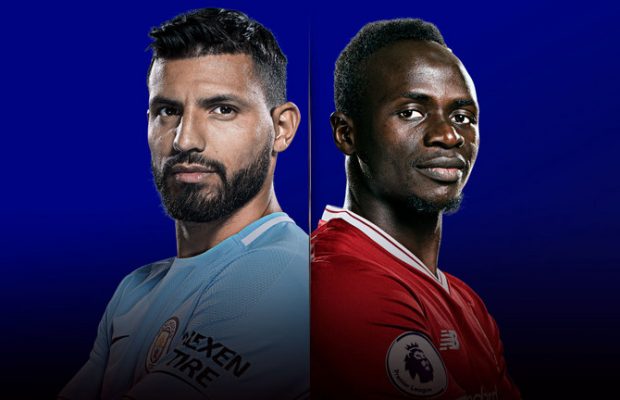 Friday’s Champions League quarter final draw gave one concrete conclusion, there will definitely be an English team in the semi final of the competition with Manchester City and Liverpool paired together.

The two clubs are the Premier League’s last remaining representatives in the tournament, and the two clubs being drawn together is a throwback to the mid-to-late 2000s when all-English meetings weren’t uncommon.

Both teams play exceptional attacking football and the two domestic meetings between them this season have seen 12 goals scored over the course of the 180 minutes.

The Champions League draw now gives them an opportunity to battle it out again, and for the neutral this is undoubtedly an exciting prospect.

Jose Mourinho’s first spell in charge at Chelsea produced some quite wonderful moments, the regular continental meetings with Liverpool were arguably the biggest highlight in terms of a footballing spectacle.

The matches had everything, drama, goals, and controversial moments, furthermore, there was a genuine spark between the two teams. They didn’t like each other and the matches made for compelling viewing. It was a lite-version of Manchester United and Arsenal from earlier in the decade.

Circumstances aren’t quite the same in 2018, Manchester City are quite a distance away from the Reds, both in terms of the league table and their individual qualities. However, Jurgen Klopp’s style of attacking football places significant pressure on Pep Guardiola’s defensive line.

This wasn’t the case during their time in Germany together, however you still feel that City’s defence is not quite where it needs to be, although there has been a marked improvement from the 2016/17 season.

Qualifying for the semifinal of the tournament would be seen as a success by both clubs, although there is still hope at the Etihad Stadium that the team can go all the way to the final.

Liverpool certainly didn’t expect to get this far in the competition, but after inflicting the only league defeat on the Champions elect this term, they can have confidence ahead of the first leg at Anfield on April 4th.

For those left in the Champions League, they won’t be too disappointed to see the two English teams face each other. It’s certain that one will be eliminated, and nobody really wants to face the attacking line that Liverpool has at their disposal.

Defeat to Manchester United at Old Trafford on Saturday was a blow to Liverpool’s hopes of finishing second, this combined with City’s almost insurmountable lead at the top could see both coaches rest players in the league matches surrounding the two continental ties.

Liverpool are up against Everton, whilst Manchester City welcome their fiercest rivals to the Etihad Stadium with it possible they could secure the title mathematically on that occasion.

Conversely, the momentum that these league matches generate could further help the Champions League matches, two talented teams playing well, meeting each other in the most prestigious competition is a tie that certainly looks entertaining on paper.

English teams have faltered in European competition in recent seasons although this current campaign actually promised so much until Tottenham Hotspur, Chelsea and Manchester United were all eliminated in the first knockout round.

Tottenham were unlucky, you feel they will benefit from the experience of such a disappointment, whilst Chelsea were undone by Lionel Messi and Manchester United simply lacked a cohesive strategy to face Sevilla.

As opposed to recent years, you would fully expect all three of those clubs to be back next season and capable of progressing to a further round.

Manchester City and Liverpool have the potential to illustrate everything that is attractive about the Premier League. The high-intensity forward play of both teams is not something you often see in the incredibly tactical Champions League.

There is a reason why clashes involving two clubs from the same nation are often so entertaining. The tactical nuances which are the hallmark of European ties often goes out of the window, the concern about away goals doesn’t come into play because teams are subconsciously tricked into thinking it’s a domestic match.

This may be a simplistic way of looking at things, but the clashes between Chelsea and Liverpool were very much more like a Premier League game than when the two faced continental opposition in other rounds.