By admin on January 6, 2022@showmeimagery 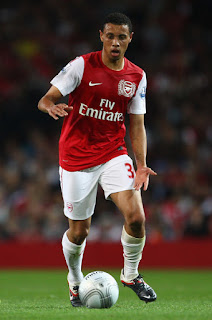 In 2008, we should have won the Premier League. Why we failed can be argued. The loss of a flying Tomas Rosicky after Christmas, the Eduardo incident and resulting implosion at St Andrews, or the resulting loss of the dressing room by skipper Gallas. However what is certain is that we had an incredibly talented and fluid midfield, with Hleb, Rosicky and Fabregas, playing in a foursome anchored by a certain Mathieu Flamini.  So good was the 2008 “French Enforcer” that he kept the World Cup winner and “Invincible” Gilberto out of the team. Flamini was nearly sold to Birmingham, and only stayed in the team pre-season due to Gilberto’s injury, but his form behind Fabregas made him undroppable.
The reason for this history lesson is quite simple. I have been blown away by the quality of Francis Coquelin firstly against Shrewsbury in September and on every occasion since. He stole the show in that match and he was totally undaunted and our best player in the defeat at Spurs. I had been wondering whether it might be Coquelin and not Frimpong, pushing Alex Song for the enforcer role this season and in the future. I guess the exciting news that Coquelin is being offered a new long-term deal whilst Frimpong has gone on loan, answers the question.
Don’t get me wrong I love the fact that Frimpong has come through the ranks at Arsenal and I admire his drive, determination and enthusiasm. However seeing the two talents alongside each other on a few occasions this season it was the Frenchman, rather than the Anglo/Ghanaian who did it for me. His tackling is crisp and well timed, and his distribution intelligent and simple when required, but he is also capable of the unexpected 30/40 yard cross field as well.  So do we have a new Flamini style French Enforcer in our ranks?
Coquelin at present is showing his versatility, covering injuries with apparent ease at full back and this is surely history repeating itself. Flamini also right footed had to cover for Ashley Cole at left back all the way to the Champions League final in 2006, before establishing himself at the base of our midfield. There are so many similarities between Flamini and Coquelin it’s scary, but in my view the early indications are the younger model will grow into a more complete midfielder. My only concern with Arsenal having an embarrassment of riches in centre midfield and with Wilshere to return is ensuring he has enough playing time.
There is little doubt that Wenger rates him highly, because there was talk of him returning to Lorient again or Lille on loan or permanently this past summer, but the manager ruled it out. Last year whilst not an automatic starter in the French top flight, he did play on 13 occasions for Lorient, scoring once and assisting another. Let’s bear in mind he was only 19 last year. L’Equipe has reported this week that Coquelin has been offered a new improved deal that extends his stay by three years until 2015.
Last summer, he starred for France in the U20s FIFA World Cup playing very game, seven in total, on a run that saw France make it to the semi finals before defeat by Portugal.  Now without turning into a complete statto what interested me was that in those seven matches, in which he played all 90 minutes, he committed 11 fouls, but did not get booked on a single occasion. This would appear to be in stark contrast to the over exuberant Frimpong, whose double yellow, and subsequent red probably cost us two points against Liverpool at the start of the season.
The pedigree is certainly evident and I think Coquelin is ahead of Frimpong, Ozyakup and at this stage Chuks Aneke, although watch this space on Chuks. Equally I think we have to call time on Tomas Rosicky who sadly has never regained his form on 2007 and 2008 and with slightly less sentiment we should wave goodbye to Abou Diaby. Diaby can be a world beater on his day, but three days a year is not enough. So for the second half of this season that should leave us with five strong midfielders competing for three berths each game once Jack is fit, with Benayoun able to cover when experience is called for.
There is a question over as to whether Wenger will break the bank for creativity in the “Ramsey advanced role”, but I am convinced if we treat him right Francis Coquelin could go on to star for the Gunners and for Les Bleus for years to come. Ironic that for three years our critics said we had not replaced Gilberto or Flamini and had only creative, skillful players and now we have Song, Arteta, Coquelin and Frimpong in our ranks, and critics tell us we have lost our creative spark. Arsene, you can’t win mate.
Written by Dave Seager
Follow him on Twitter @goonerdave66
Link to original article on Gunnersphere: http://gunnersphere.com/2011/09/view-from-the-sphere/can-this-arsenal-youngster-become-our-new-french-midfield-enforcer
Please take the time to like the site’s fan page on Facebook.
Follow the site on Twitter @OPosts
A site that displays various opinions, insights, reports, etc from a host of talented writers, covering various clubs and leagues.
web and graphic designer, social media manager and backend advisor
Related Items
← Previous Story A Guide to the 5 Biggest Football Stadiums in England
Next Story → Sun Safety and Soccer