The Eriksen and Rose Dilemma Will Test Tottenham’s Ambition 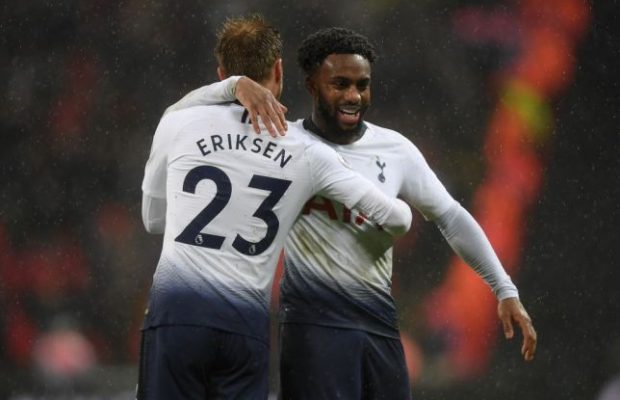 At the end of last season, the major question facing fans of Tottenham was whether they would suffer a past Champion’s League loss hangover at the start of the 2019/20 English Premier League season.

After what many believe to be the best transfer window in living memory by the North London club, all seemed rosy at the Tottenham Hotspur Stadium. For once, fans could not point the finger at Chairman Daniel Levy and accuse him of a lack of ambition with the signings he made during the window.

The buildup to the new season was suddenly overshadowed by the comments of manager Mauricio Pochettino when he arrived at a preseason press conference in what can only be described as a terrible mood. As journalists praised the signings made in the summer, Pochettino remained stony-faced and stated he had nothing to do with signing players and should return to his former title of Head Coach.

The mood of the Argentinian manager was probably affected by the uncertainty over two of his star performers on the road to last season’s Champion’s League final. In the final weeks of the transfer window, it seemed both left-back Danny Rose and midfielder Christian Eriksen were heading for a Spurs exit. If we believe the rumors, Rose was left out of the preseason squad to focus on finding a new club and Eriksen has been linked to every major club in Europe from Manchester United to Real Madrid, and PSG.

Despite the issues surrounding both players, the first game of the new English Premier League season came around with Rose taking on his usual role and Eriksen relegated to the bench. A match-winning performance from the bench by Eriksen rescued Spurs and gave us all a reminder of his undoubted quality and what the team would miss should he leave.

Real Madrid appears to be intent on waiting to resolve the former Tottenham winger Gareth Bale situation before making any more moves for star players and Paul Pogba seems their most likely signing. For Eriksen, the key to a move could be the Pogba and Neymar situations that should resolve themselves before the closure of the European transfer window.

The question any Tottenham Hotspur Stadium regular should be asking is can the club afford to lose their most creative player. The Danish international is arguably the best player at the club and his departure could be seen as a sign of a continued lack of ambition. Daniel Levy is now faced with his worst nightmare, a player in the final year of his contract who could walk away for nothing to Juventus come to the end of the season.

Losing the 28-year-old Eriksen would be a bad move for Spurs but the future of Danny Rose should also be handled as quickly as possible. The England international is a class above understudy Ben Davies and new signing Ryan Sessegnon and was key to the comeback against Ajax in the Champion’s League semi-final.

With Kieran Trippier already sold to Atletico Madrid, the loss of Eriksen and Rose would be seen as another case of balancing the books following the summer spending and weakening a team that came within 90 minutes of the biggest prize in European football.

Related Items
← Previous Story Manchester United Welcome Maguire As Sanchez Is Frozen Out
Next Story → Can Lampard make the transition from a top-class player to a top-class manager?