Why Gabriel Martinelli could be Arsenal’s secret weapon 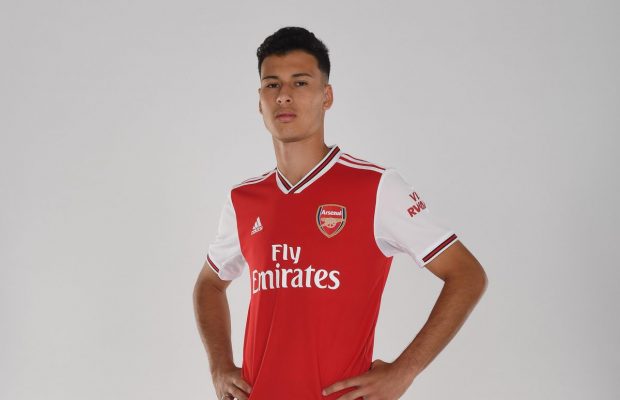 Arsenal made shrewd investment last summer. The Gunners broke its record for Nicolas Pepe, snapped highly-rated Real Madrid midfielder Dani Ceballos on loan and retained David Luiz in London while effectively balancing the books. Unheralded Gabriel Martinelli, however, could be the joker this season.

All eyes were on Nicolas Pepe when Arsenal began their Premier League campaign at Newcastle United on Sunday. The Ivorian started from the bench yet received rousing cheers. At £72m, you would understand why faithful travelled to the North East to have a first-hand view.

After a cagey first half, Pierre-Emerick Aubameyang struck to fire the Gunners ahead - an advantage they kept until the final whistle. Pepe’s introduction midway through the second half in place of youngster Reiss Nelson, though, got the crowd itching. He was like the star act at a concert.

Pepe is the sort of glamour signing the supporters craved. Young, talented and ambitious, he epitomises the new era. In 2018/19 he plundered 22 goals and 11 assists, making him one of a handful of players in Europe’s major leagues to reach double figures in both categories.

Not the flat-track bully, his grabbed crucial strikes against PSG, Lyon and Marseille to show he can do it against the better sides. He’s a quick, fluid mover with and without the ball, has great close control and the ability to create and take chances in equal measure.

Pepe would be under immense pressure to produce the goods at the Emirates. Emery is desperate to return to the Champions League and possibly add a silverware. While the Ivorian battles to justify his huge outlay and lofty reputation, little-known Gabriel Martinelli may just sneak into the limelight.

Martinelli kick-started Arsenal’s summer spending spree. The Gunners reportedly splashed £6m on the youngster who joined from Brazilian side Ituano. Highly regarded in his homeland, Martinelli was literally not regarded as a new signing. But he has already changed that impression.

He made a big impact in his first appearance for the club, grabbing a chested goal against Colorado Rapids in the opening fixture of a pre-season tour across the United States. Coming on as a substitute against Fiorentina a few days later, he caught the attention of fans by showing an explosive burst of pace to penetrate the defence from inside his own half, only to narrowly fire wide.

Although Martinelli moved to Ituani from Corinthians in 2015, it was last January he really made a mark. He netted six times in four outings during the Copa Sao Paulo, the most prestigious youth competition in Brazil. He then led the senior squad to the quarter-finals of the Sao Paulo State Championship, with an impressive record of six goals and three assists in 14 appearances.

A skilful player, spoilt with lightning pace, capable of finishing with both feet and possesses a work rate that often sees him dominate the flanks, Martinelli will be aiming to upset the odds and make a name for himself right away. He has already done that by taking Alex Iwobi’s spot in the squad. Pepe is next.