Arsenal FC: The Delicate Case of Aubameyang and Lacazette 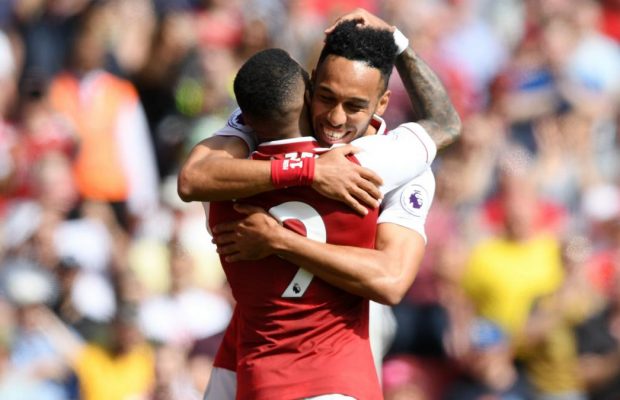 Arsenal has in the last three years invested in £180m worth of attacking talent. £72m has recently been shelved out to acquire the services of Ivorian winger Nicola Pepe after an impressive season in Ligue 1 with Lille where he managed 22 league goals and 11 assists in 38 appearances, a tally only bettered by a certain Kylian Mbappe.

Arsenal spent the remaining £108m signing Pierre-Emerick Aubameyang and Alexandre Lacazette from Borussia Dortmund and Lyon respectively. These sums not only eclipsed Arsenal’s previous record signings but also brought a new sense of optimism; that Arsenal could both attract top talent across Europe and spend big to bring them in - apart from Nicolas Pepe who has only mustered three Arsenal starts so far, Aubameyang looks to be justifying his price tag while Lacazette is doing fairly well without necessarily dwarfing the money spent on bringing him to North London.

Unai Emery is no stranger to marquee attacking signings. At his time at Paris Saint Germain, the Arsenal manager was blessed with an embarrassment of attacking talent, training illustrious names like Ibrahimovic, Neymar, Cavani, Mbappe, Draxler, Di Maria et al. These megastars not only produced stunning performances but also broke records on their way.

But despite all the glamour of A-list talent, Unai was faced with a selection dilemma. First he had to choose who between Zlatan and Cavani was to lead the line since both of them had made their names as world-class Centre forwards elsewhere. The Spaniard opted to shift Cavani right of an attacking three. It sometimes felt like fitting a square peg in a round hole but he did remarkably well for a player who had lit up Naples and Uruguay playing through the middle.

When Jose Mourinho arrived at the Spanish capital after successful spells at Inter Milan and Chelsea, he was presented with Gonzalo Higuain and Karim Benzema. They both had the pedigree and talent to thrive at Real Madrid and a tough call had to be made in the interest of the team. Ultimately Karim Benzema was preferred to start and this brought the best out of most of the attacking players with Ronaldo scoring 60 goals in the 2011-12 season and Real Madrid winning La Liga with 100 points and 121 goals.

During this time, Higuain was used as Benzema’s substitute, partner when Madrid was chasing the game or replacement when he needed rest. This decision allowed Mourinho to use his favourite formations; 4-2-3-1 and 4-3-3 to devastating effect. Benzema may not have been a better finisher than the Argentine but his influence on the team was better coupled with his selfless movement that allowed Ronaldo attacking freedom.

At Arsenal, Unai Emery faces a similar dilemma. He has two centre forwards of incredible quality and must decide whether to sacrifice one for the other, play them together or play one out of position. There are slight variations though with the Zlatan-Cavani case.

Whilst Aubameyang and Lacazette have both become household names playing upfront, they are totally different players. Lacazette thrives in holding up play, taking neat touches in and around the 18 yard box and striking thunderously. Aubameyang on the contrary has a knack of getting in the right positions and tucking in chances. He is also deadly playing off the shoulder of the last defender, making those runs in behind. Aubameyang prefers the ball whipped in across the 6 yard box so he can sweep it in or just behind the last defender on a high line.

With this contrasting styles, Aubameyang has scored virtually all his Arsenal goals in the 18 yard box save for the strike against Tottenham at the Emirates last season in the 4-2 win. Lacazette on the other hand has scored from both in and out of the box, even at times converting from free kicks. Unai has used the two together at times. He has also opted for Aubameyang during certain periods.

In all fairness, when Unai has played both men together, Aubameyang has had to sacrifice himself for the sake of the team. He has often drifted wide whipping in crosses and providing width in order for his friend Lacazette to get good service. This has marginally reduced his return in front of goal. In the premier league last season, Aubameyang managed 16 goals in the 24 games when he played as a centre forward while garnering 6 in 12 in wide areas.

A little history can help demystify this conundrum. Looking at their numbers across the last 4 seasons when they have been playing as centre forwards, the Gabonese captain has managed more goals than the Frenchman.

At Dortmund, Aubameyang was signed when Robert Lewandoski was still at the club and he managed a paltry return of goals initially due to playing on the right. When the Pole joined the Bavarians, Aubameyang’s goal return improved ending up with 98 goals in 144 Bundesliga appearances in the black and yellow colours.

If Unai has to play both from the onset, it means he has to play Aubameyang left of an attacking three, play Aubameyang as a twin striker to Lacazette with either a diamond midfield behind them or in a traditional flat 4-4-2 formation. He can also play them together in a 3-5-2 formation. In the first case, playing Aubameyang out wide decimates his goal return even though he wouldn’t frown at letting his friend play up top. The second option means that Arsenal’s record signing Nicolas Pepe is forced to play as an attacking midfielder behind the two.

For all his talent, Pepe’s strengths are not suited to a central attacking role just yet. He thrives on space and isolating fullbacks and taking them on. He wouldn’t find it easy centrally against teams playing 2 holding midfielders as is the norm in the premier league in the very common 4-2-3-1 set up. A flat 4-4-2 with 2 wingers would mean Pepe and Ozil/Nelson/Willock/Ceballos have to share wide roles. None of these players has really made a name out of protecting their fullbacks or putting in a defensive shift like peak Alexis Sanchez in wide berths.

These permutations mean that the most viable option would be to play a forward who at the very least will guarantee the team 30 odd goals or more and in this Arsenal team one person fits the bill, Pierre Emerick Aubameyang. He has hit the 30 goal mark in all of his last 4 seasons across all competitions. Painfully, this would have to come at the expense of his friend. If Aubameyang has to thrive, then he has to lead the line on his own with an attacking trident behind him or two impressive wide men like Ousmane Dembele, Marco Reus, Christian Pulisic and Mario Gotze took turns to do at his time at Signal Iduna Park. Playing a striker who has scored 95% of his goals inside the box out wide is the surest way of decimating his goal return.

The Gunners are set to play about 60 games this season with the Europa League offering 14 of those if they do reach the semi-finals. There will also be 38 league games and additional 6-10 games afforded with a decent run in the Carabao and FA Cups. Lacazette can get game time in other cup competitions, come in when Aubameyang is weary, be subbed on to compliment his attacking partner when teams sit deep or even play with him on a few isolated incidences.

Additionally, the motivation of staying in the team should spur Aubameyang on whilst also getting the best efforts from Alexandre in his quest to reclaim a regular starting slot.

Related Items
← Previous Story #EmeryOut - why some Arsenal fans have lost faith in the Gaffer
Next Story → Emery’s new-look Arsenal: A Work in Progress