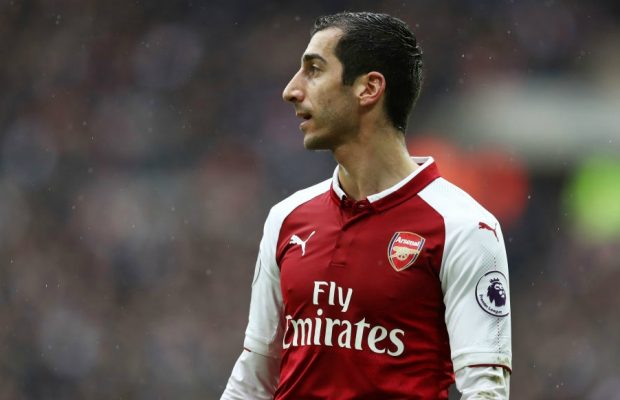 Another pulsating, beguiling and absorbing North London Derby ended in a share of the spoils for both Arsenal and Tottenham. Plenty of end-to-end action, talking points, and noteworthy moments, both spellbinding and bemusing, that transpired throughout the enthralling 90 minute affair.

There were plenty of outstanding performers (Guendouzi for Arsenal, Son for Tottenham) and some lackluster ones (Xhaka for Arsenal, Devinson for Tottenham). However, one provoked the ire and mockery of Arsenal faithful more than most. Yes, David Luiz, Sokratis and Leno had a mare for Tottenham’s first goal and Xhaka for the second, but the introduction of Henrikh Mkhitaryan as a replacement for the injured talisman Alex Lacazette riled up Arsenal fans.

The Armenia international hasn’t endured the most pleasant times of Arsenal, prolonging his dire spell on England spoil since his jump from the Bundesliga to the Premier League through the gates of Old Trafford in the summer of 2016.

The 30 year old again looked uncomfortable and unsure of himself throughout his over half-hour presence on the pitch. Scoffing and spurning tantalizing opportunities to rifle in a winner for a very rampant and revitalized Arsenal side, Mkhitaryan proceeds to look like a shadow of his former brilliant-Dortmund self.

Arsenal fans weren’t too pleased with his over half-hour pomp, voicing their displeasure and dismay with the maligned Armenian.

Even Nelson would have done better than Mkhitaryan.

Mkhitaryan might just be the most useless winger I have ever seen play for Arsenal.