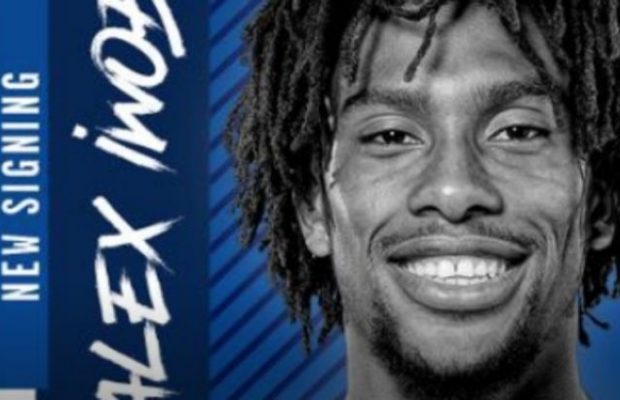 The Premier League summer window came with some surprises. Arsenal splashing almost £150m on recruits despite initial claims of less than one-third available funds stands out.

Very few optimistic faithful could have envisaged such shrewd business. The club’s record was broken on Nicolas Pepe. David Luiz, William Saliba, Kieran Tierney, Gabriel Martinelli and Dani Ceballos moved along to the Emirates too. Alex Iwobi’s last-minute departure to Everton, however, was never part of the script.

Arsenal rejected the Toffees’ opening offer of £30m but Marco Silva’s side was successful with an improved bid. The Merseysiders moved for Iwobi after baulking at Crystal Palace’s stunning demands for star man Wilfried Zaha.

On the surface, Unai Emery’s resolve to discard Iwobi appears harsh. He was Gooner born-and-bred. He joined the club aged eight, ascending through the ranks and mysteriously charmed Arsene Wenger with a glossy display on his debut against Sheffield Wednesday in 2015.

There was a certain sense of optimism about his emergence. Being the first since Jack Wilshere to crank up Wenger’s first team, he was literally worshipped by the fans. His chorus loud enough to reach West Africa from London.

Given his rapid rise, Iwobi was expected to progress rapidly. Many predicted superstardom in a year or two. He had unusual traits. Skills. Vision. Technique. Tuck in versatility, trickery and link-up play, then you have a well-rounded playmaker. His development stalled since that breakthrough campaign.

To many fans, Iwobi was a statue of the stagnation: a softly unpopular pillar of the club. To some he’s dreadful, others he’s mediocre. It seems a little gruff though. He registered the third-most assists of any under-23 in the Premier League last season, behind Leroy Sane and James Maddison. He contributes as many passes around the box as most of Europe’s elite.

Regularly taunted for his lack of end product, Iwobi’s often left him down. The Nigerian garnered 11 Premier League goals, less than what Gylfi Sigurdsson and Richarlison achieved individually just last season. Moise Kean, who endured limited minutes racked up that tally in Serie A at just 19.

It was understandable Emery had to sacrifice him following Pepe’s arrival, especially as he cut a divisive figure. At Goodison, he could finally bloom into a complete midfielder.

Iwobi adds balance to his new team. Taking Bernard’s role in the team, pretty inconsistent since his arrival, the 23-year-old would feed the ball into the final third, improving the link between midfield and the attackers.

A naturally gifted dribbler than the others, Iwobi will push the ball up the pitch effectively, as shown by his 3.4 progressive runs per game last season, a statistic involving moving the ball forward by ten or more metres. He must improve his finishing though.

Related Items
← Previous Story Why Tottenham finally made a good, worthwhile use of a transfer window
Next Story → With Giovani Lo Celso, Tottenham needn’t lose sleep over Eriksen