Mourinho reveals how Man United can compete with Man City 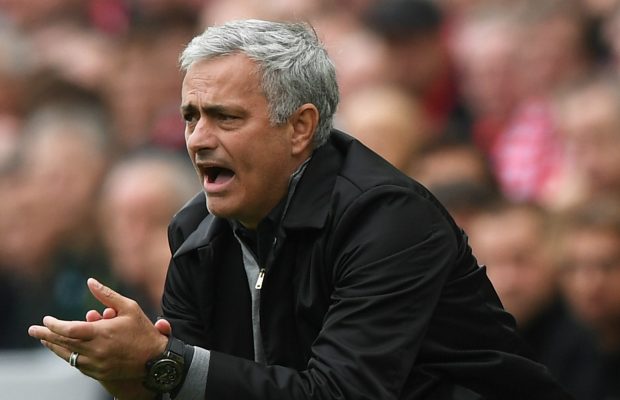 Manchester United board have to back Mourinho financially going forward or reassess his future.

Manchester United had to comeback from a two goal deficit to salvage a draw at Old Trafford against a high spirited Burnley side that have given everyone a run for their money this season.

Going by how their season have gone so far, Manchester United have done alright for themselves depending on which side you view it from. After winning the UEFA Europa League, it was expected of Manchester United to move on to challenge for the Premier league and the Champions League given the quality of players that joined them this summer.

What we have seen this season in the league is a result of so many things accumulating together. Firstly, Manchester United are not there yet and they will not hit their stride anytime soon.

This is simply because the team that really wants to build a dynasty in England or Europe must possess the ability to challenge on a consistent basis. The current United squad is not the best in the league not to mention in Europe. The United team have many things to improve upon. Challenging for titles consistently means you need players that can play together and will build chemistry with time.

The United line up consists of players who are either in their first year or second year of playing together. A case study is that of Lukaku struggling to fit in at the club. With time, the Belgian will definitely come in handy for the club; he just needs time.

Another issue at United: is what exactly do they want from the players and coach? Do you want to play attractive football while expanding your fan base or you just want to win trophies or both? My guess is both.

At United, most of the fans now want their club to play similar to the way their neighbouring club Manchester City plays. And the sweet part about this is that City plays this way blazing past every opposition so far in the league. You can only wish to be like that or better. To now see your club 14 points behind with just 19 games gone in the league can only make you feel bad, to say the least.

Mourinho recently talked about lacking financial power to compete with City but it’s difficult to listen to that if you really check the amount United have spent in recent years. Since Sir Alex Ferguson left, United have spent within the region of £500m on transfers.

Some can be deemed flops like the purchase of Angel Di Maria but paying top dollar for the likes of Pogba and Lukaku and yet they’ve still seen their title challenge derailed. Despite the fact that United are have accumulated their best point tally since Sir Alex Ferguson’s treble winning days in 1999, it still does not excuse their second place position.

United is not known for taking second place as an achievement, like any other successful club. The desire to compete at the highest level begs the question: what was Mourinho told to achieve at United?

Going forward, Mourinho has suggested that spending more could be the only way out if they want to compete with City.

United board are likely to back him as there are very little coaches in the world that can do better at the moment, but going forward, Mourinho has to consistently find a way to play a certain style to please the fans because they are the lifeblood of any football club.

United have to assess their options going forward and make the best decision that is beneficial for the team as a whole.