Manchester United must go all out to sign Alexis Sanchez 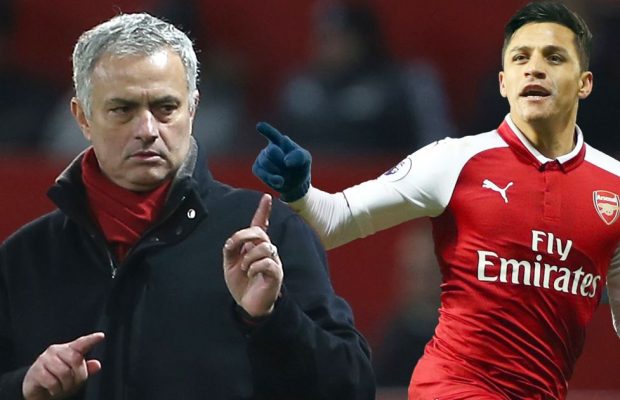 A late, mischievous development has added intrigue into one of the most tedious transfer stories of the season.

Jose Mourinho has purportedly bid £25 million for the services of wantaway striker Alexis Sanchez, in a bid to prize him away from the clutches of Pep Guardiola.

It was a £20 million signing that propelled Manchester United to a league title under Sir Alex Ferguson: Robin van Persie, of course. He, too, was ageing. Sanchez is 29 and will perhaps as only two, maybe three, seasons left at his electric best. But do not underestimate the influence he can bring.

Though his form has been muted at Arsenal this season, following the summer saga, the Chilean is among the most potent attackers in the Premier League, and world football.

If Mourinho can land Sanchez, the Arsenal forward might have the same impact van Persie brought. Obviously, United cannot win the league this season, but looking ahead, Sanchez’s creativity and thrust could take United to the next level.

They have lacked, and continue to lack, a genuinely enterprising forward, capable of not only scoring but creating.

Though Sanchez is often chastised for selfishness, he still possesses a vision that would complement the savvy movers of United’s front line. Sanchez, perhaps, has allowed his individualistic streak to dictate him because of the quality of the players around him at Arsenal – poor, by the way.

And can you imagine the blow it would deal Guardiola? This would be a triumph for Mourinho and would almost certainly rekindle the animosity the two shared in La Liga.

It would also give the United squad a boost: a player of such refined quality choosing Old Trafford over the Etihad, serving to reduce the significance of the ‘power shift’ in Manchester.

If United are intent on letting Henrikh Mkhitaryan go, which seems likely, replacing him with Sanchez – a proven performer in the Premier League – would represent a massive upgrade.

Mourinho should use all his power to entice Sanchez to United; do so and he may be handed the missing piece, he will have dealt a psychological blow to Guardiola and he will have brought in a player of devastating quality.

What are you waiting for, Mourinho?