Adama Traore: Is the Barca prodigy ready for the Premier League? 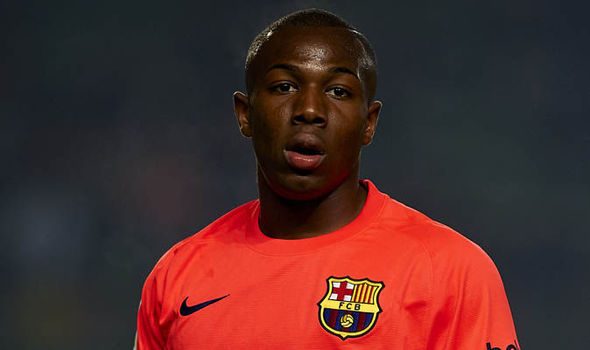 Adama Traore: Is the Barca prodigy ready for the Premier League?

In the last two days, reports in Spain have suggested that Barcelona starlet Adama Traore is bound for the Premier League with Liverpool being the most likely destination.

Further reports in England have backed up these claims although alternative sources have also linked the right-winger with a move to Stoke City or Aston Villa.

While his final destination still remains unclear, it is almost certain that the player will move due to his limited chances of securing first-team football at the Camp Nou.

So what can Premier League fans expect to see when he finally arrives?

A Product of the La Masia academy

Troare is yet another product of the famed Barcelona La Masia academy; but like many recent graduates, he looks set to be sold on for a profit (perhaps with an option to buy back at a later date).

With so many superstars in their team, it is becoming increasingly difficult for players from the youth ranks to establish themselves in the first team. As a result, Traore looks set to follow the likes of Thiago Alcantara, Gerard Deulofeu, Patricio Gabarrón and Carles Planas out of the Blaugrana exit door.

While many players that leave Barca simply do not make the grade, Traore has always been considered one of the brighter prospects to emerge during the last few years.

As a result, his situation has been monitored by many high profile teams including Liverpool and Manchester United in England.

The 19-year-old from Malian descent was born and bred in Catalonia and joined the Barcelona academy at just eight years of age. By the age of 17, he had been selected for the B team where he went on to make more than 60 appearances in the Segunda Division.

During this time he was also selected for the senior squad and made four appearances, scoring one goal. However, he has failed to establish himself as a regular squad member.

His natural position is on the right flank, although he could be classed as more of an attacking wide player than an orthodox right-winger. During his time at youth and B team level, he also featured on the left-hand side of a front three where he looked equally comfortable.

As can be expected from a product of La Masia, he is technically very gifted and is a capable of turning full-backs inside out with his dribbling ability and pace.

In 2013-14, Traore was one of the key players in the Catalan club’s UEFA Youth League triumph.

Interested clubs and which club he suits the most

His style of play would be well-suited to Liverpool but with the player desperate for first-team football, a move to Aston Villa or Stoke might actually make more sense.

Stoke boss Mark Hughes has been a long-time admirer of the player and feels that he would slot perfectly into their new system of play. The Potters made their first attempt to lure the player back in January, but will now have to fend off interest from their Premier League rivals in order to secure his signature.

It is expected that his future will be determined in the next seven days with Barcelona hoping to achieve a sale price in the region of €10m.