Liverpool vs Leicester City: A thrilling affair worthy of a cup final 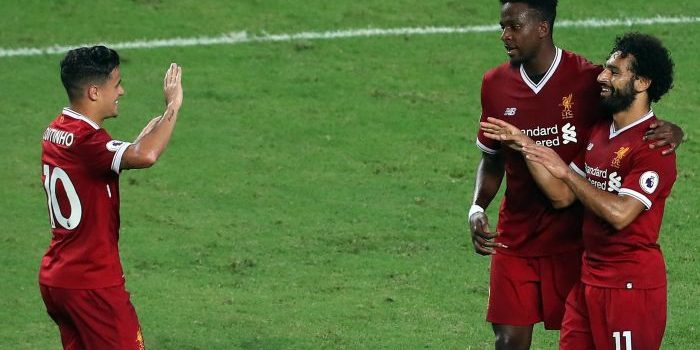 Liverpool vs Leicester City: A thrilling affair worthy of a cup final

Whilst the majority of fans inside of the Hong Kong Stadium travelled to see the stars from Merseyside, Leicester City looked every bit of Liverpool’s equal in the final of 2017’s Asia Cup.

Liverpool emerged as 2-1 winners in a deserving victory, however one cannot take anything away from the effort put forward by Leicester.

The first 20 minutes of the match were electric, with both sides starting sharp, in vast contrast to many of the previous pre-season friendlies this month.

Perhaps it was Liverpool’s desire to pay back a 3-1 loss at the hands of Leicester at the start of Craig Shakespeare’s reign in charge, or maybe it was the competitive nature of the Premier League carrying over to Hong Kong.

Either way the two teams put on the show for the thousands in attendance and all those watching worldwide.

The blossoming chemistry between Salah and Coutinho

The chemistry between new £40 million signing Mohamed Salah and Phillipe Coutinho was evident right from the off, and one has to wonder how dynamic the pair will be alongside Sadio Mané in the upcoming season.

Coutinho looked extremely confident, living up to the rowdy applause he was receiving from the eager crowd.

Slimani opener against the run of play

Despite this, it was the Foxes who gained the opener just after the tenth minute, following a sublime piece of build up play around the edge of the box.

Fuchs found himself in space on the byline and floated a great ball into the area, which was decisively headed in by Slimani, a man with a point to prove after a very disappointing first season following his big-money move to the former Champions.

There was little James Milner could do to defend the lofted ball into the danger zone.

Liverpool did respond quickly however, as Coutinho played Mohamed Salah through perfectly. Despite the exquisite ball, Salah still had a lot of work to do, and he managed to steer the ball home with a cute header.

The goal was slightly marred by a bit of controversy over a miscontrolled touch by Salah seemingly striking his arm, however it didn’t take away from the finish.

Mahrez impressive, but Coutinho has the last laugh

Coutinho wasn’t the only big name who put on a show, as Riyad Mahrez proved exceedingly difficult to handle with some fantastic trickery and forward-thinking play.

Leicester couldn’t capitalise on this momentum as it was Liverpool who took the over the lead with a clinical strike from Coutinho.

Given too much space by the Leicester defence, he was able to drive to the edge of he area and fire home an impressive strike.

The match slowed significantly following these goals, as the intense humidity of the area took its affect, and the game became gradually more disjointed following the mass of substitutions.

Despite big names making the score sheet, it was new and lesser names that caught the eye. Trent Alexander-Arnold of the Reds looked especially sharp and confident in his display at right back.

Leicester showed off new signing Harry Maguire who proved to be a great addition in this match, as did Matty James who had an inspired performance.

A few players came under a bit of pressure, namely Loris Karius who had a few difficulties in goal, nearly gifting Leicester a goal shortly after their first.

Daniel Sturridge produced a lacklustre display, however the fact that it is just pre season needs to be taken into account, and the real competition has not yet started.

Supporters of both sides should be pleased with their respective teams’ performances, and should certainly be excited for the upcoming season.