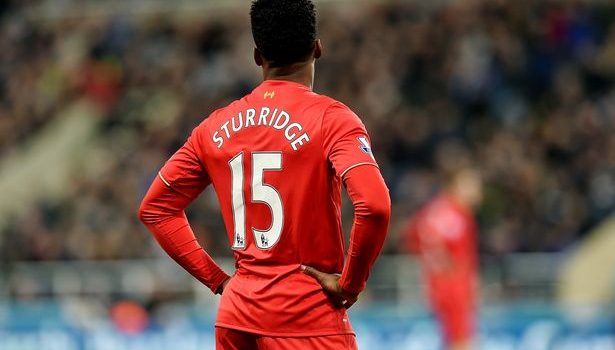 In January 2013, Daniel Sturridge signed for Liverpool in a deal that many deemed opportunistic at the time.

Was the former Chelsea forward worthy of the rumoured £12 million price tag despite barely setting the Premier League alight with his previous clubs?

Well, 3 years and a few injuries later, it’s fair to say he’s warranted the price tag that Liverpool paid, but is the 27 year old’s time at Liverpool coming to a stuttering end under the guidance of their new boss, Jurgen Klopp?

It’s not everyday a club find themselves in the possession of a forward that is capable of scoring goals as efficiently as Daniel Sturridge has done for Liverpool.

He’s managed to conjure up an impressive 43 in just 78 appearances for the Reds but that doesn’t quite tell the whole story as the Birmingham born striker has found himself on the sidelines for a fair chunk of his time in Merseyside.

Many regard this as an issue and realistically, it is.

If Liverpool are to be taken seriously once again as genuine Premier League title contenders, they must have a fit and healthy striker to turn to on a weekly basis without having to worry about him making regular trips to the physio’s room on a Monday morning.

Turning the clock back a little, it’s worth noting that in Liverpool’s infamous 2013/14 season, Sturridge formed a formidable partnership alongside Luis Suarez and the pair came ever so close to lifting the Premier League trophy that year, if it wasn’t for Manchester City, who pipped them to the title in the final weeks of the campaign.

With that being said, a certain section of the fanbase weren’t always on the Englishman’s side and often questioned the forward’s commitment when things weren’t quite going his way.

He was at times petulant and childish, throwing his arms in the air and complaining about being substituted or presented with a lack of goal scoring opportunities- traits you realistically don’t want to be seeing from your leading man, especially after Suarez left for Barcelona.

When Jurgen Klopp arrived at Liverpool, there was hope of a revival for Sturridge, but in truth, his career seems to be heading in the opposite direction.

He’s found himself slipping further down the pecking order as of late, with Klopp often preferring the likes of Divock Origi and Danny Ings, before Ings picked up a devastating long-term injury just recently.

The former Dortmund coach has even began deploying a formation based around the fact there is no recognised striker in the team, thus leaving Sturridge on the bench.

With that being said however, Adam Lallana, Philippe Coutinho and Roberto Firmino have seemingly formed a formidable front three, scoring for fun and sending Liverpool to 2nd place in the Premier League in the process.

Klopp could be seeing this as the perfect opportunity to test the determination of Sturridge, who will have to find form in both training and competitive matches if he’s to force his way back into the first team fold.

Another theory behind Sturridge’s absence is purely down to the fact that Klopp doesn’t lean towards playing the style of football that is suited to the forward.

Working tirelessly and contributing in terms of both the attacking and defending phases of the game doesn’t seem to be on the list of priorities Sturridge brings to the table.

It could be argued that Sturridge brings goals to the table and that’s what a strikers job is- but with Klopp’s energetic and high tempo’d tactics succeeding, it’s time for the former Chelsea man to step aside until things aren’t going too well and he’s called upon again as the plan B.

If that is the issue however, it’s strange that he wasn’t given a bigger chance to shine this past weekend as Liverpool failed to score past Southampton in a game that finished goalless. Sturridge was drafted into the action late into the game, with many fans wondering why it took so long for the Englishman to be thrown into the fold.

If they were to sell, only a financially wealthy side will do

All in all, if Liverpool and Jurgen Klopp were considering Sturridge’s options, then they’d only be able to consider selling to clubs capable of paying his weekly wage.

Sturridge signed a contract extension last season, which is reported to earn him as much as a staggering £150,000 a week and it’s worth noting that there does seem to be some parallel between the 27 year old and another former Red that graced Anfield with his predatory instinct- Fernando Torres.

Torres, who was every bit as impressive as Sturridge in the famous Red shirt moved to Chelsea in a £50 million deal, but struggled to score consistently for the Blues.

Ultimately, it could be a risk selling Sturridge to a rival, but it could also be a shrewd move especially when you take into consideration the long term effects his body may have after picking up so many injuries on the field.

Written by The Ball Winner

Check out his excellent sports site, where this article was originally published: The Ball Winner