Fernando Torres: A Review of El Nino’s Start to the Season 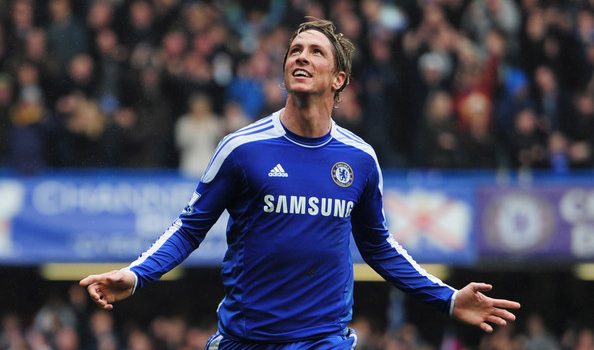 Fernando Torres: A Review of El Nino’s Start to the Season

At the start of the season, there was a sense of “now or never” surrounding Chelsea’s £50 million striker Fernando Torres. In the year and a half since joining the Blues, Torres had shown little to nothing of the form that had made him one of the world’s top strikers in the late 2000’s. He had a good Euro 2012, with Torres scoring three goals, despite only starting two games for Spain, who went onto win the tournament.

So the new season bought a new sense of positively around Torres and a large number of people were tipping Chelsea’s number nine to win the prestigious Premier League golden boot. Torres got his first goal of the 2012/13 Premier League campaign in a 4-2 home win against newly promoted Reading in a dramatic 4-2 victory for the Blues, and his second was a stunning strike in a comfortable 2-0 win over Newcastle. Then came the introduction of Chelsea’s 4-2-3-1 formation featuring the explosive and exciting attacking midfield trio of Juan Mata, Eden Hazard and Brazilian Oscar.

Although this formation has made Chelsea’s play generally more impressive, Torres hasn’t really fulfilled his potential when playing in it. Goals against Arsenal and Norwich showed he can score with the help of the dynamic trio, but in other games such as the game at home to Stoke city and the away defeat against Shakhtar Donetsk, Torres has been essentially anonymous.

So why hasn’t Torres done particularly well when being the lone striker in the 4-2-3-1 formation? After all, his best days at Liverpool came when he was the man on his own at the top of mostly a 4-5-1 formation. It’s difficult to say really, but Mata, Oscar and Hazard all love to cut inside and bamboozle the opposition defence, which they have done on many occasions this season.

However, this often leaves Torres in positions which means he can’t attack the ball and is caught offside regularly. In my opinion, it would be foolish of Roberto Di Matteo to take away the 4-2-3-1 formation as it has led to better performances by Chelsea and more goals. If Torres doesn’t improve, some say Daniel Sturridge, who has a better delivery and is more versatile than Torres, should start every week.

Others say Chelsea should try to implement a 4-3-3 formation like they did during the Mourinho, Grant and Ancelotti years, but with maybe Oscar, Mata or Hazard playing as the “false number nine”. Having a “false number nine” would be interesting and similar to the one Barcelona often use and some have even made comparisons between Barcelona’s tiki-taka style and Chelsea’s style this season.

Although I feel more confident about Torres and his form than I did this time last year, his performances haven’t been consistent enough for me to proclaim that he is ‘’back to his best’’. In saying that, he does look sharp and is showing his pace regularly.

After an excellent start, Torres has lost his momentum a bit lately, and he’ll be looking to improve his form before the end of the season.