Chelsea: How Conte was outsmarted by Wenger

Chelsea: How Conte was outsmarted by Wenger 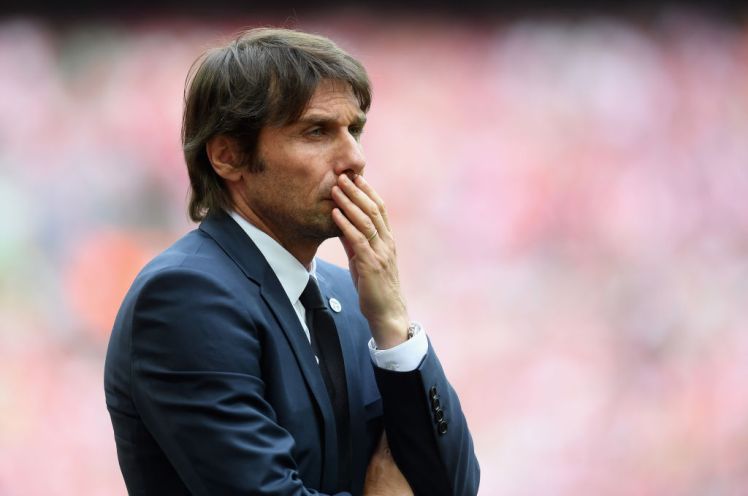 The reigning Premier League champions have missed the final chance to secure their second silverware of the season – something expected for such a high-performing team at the national level.

The team struggled to escape the high pressing of Arsene Wenger’s squadron for the majority of the proceedings.

They should have demonstrated attentiveness in important areas like pressing, distributing, and passing since they were playing the FA Cup final against a team which had already been a 12-times winner of the cup.

But they rather played as if they were playing against some team in the bottom-half of the league table.

There were some incidents which luckily went in favor of the opposition; not to forget the controversial early offside goal of Sanchez.

However, other than that goal – even though it made a huge impact on Chelsea’s 2-1 loss both technically and psychologically – the champions were lacking the excitement and balance soon after they got off the hangover of their title celebrations.

Now let’s look at the tactical overview of the game.

The key to Arsenal’s domination was their strong pressing all over the pitch almost all over the game time. Chelsea opted for long passing high up the pitch to escape Arsenal’s pressing, but that mostly resulted in losing the possession.

On the other hand, Arsenal were easily able to get into the passing lines and distribute the ball across the pitch thus retaining the possession. The Blues put in a good pressing game at the back to unleash some pressure – but only at the back – especially in the first half.

Also, Chelsea were compact in defense at the back but so was Arsenal – and that was the only zone where Blues were consistently good in.

Second, Chelsea showed a lack of coordination and inaccuracy in their passing as they were marked end-to-end. They couldn’t make their way through their triangular and diamond passing that they are used to do.

They were also unable to get their way into the passing lanes.

Third, they not only lost balls but also couldn’t win back even while outnumbering the opposition on many occasions. They neither intercepted much nor did they press – except at the back of course.

And when they attempted to press, they mistimed it.

A good pressing game is always coordinated. It seemed like they had forgot what they planned to do amidst the pressure of conceding an early goal.

On the other hand, Arsenal were able to intercept due to their coordinated pressing. They also retained possession through triangular passing and often got into the passing lanes.

These tactics forced Chelsea to stay compact at defense, far from the front, every time Arsenal had the ball – which was most of the time.

Fourth, Chelsea’s players and their game both was poorly distributed across the pitch. In fact, there were hardly any passes made to the left flank.

Besides, whenever the Blues showed some good football, it was because Moses was there all over the right flank.

But there was no fulcrum in their team who could shift the balance from right to left and seize the passing lanes in such a tight game. And so, there was not much involvement from Hazard especially in the first 30 minutes.

There were some passes played long way into the box or some shots directly played out as the team was missing someone who could dictate the attack in transition.

In the second quarter though, Chelsea showed some good passing and distribution of players across the pitch especially near the box – something which was missing before.

They started showing some fluid game and improved their possession, passing, coordination, and pace. They showed some pressing game in Arsenal’s half too – even though it was not really organized, but still managed to pressurize Arsenal at least for a bit.

Throughout the first half, Chelsea won most of the balls at the back only due to its compact defense there, while Arsenal won the balls mainly due to Chelsea’s inaccurate passes.

In the second half, Arsenal often loosened their possession in some areas allowing Chelsea to get back to their coordinated passing. But still, Chelsea continued to show a lack of coordination in their passing more often than they should.

As there was no attacking pivot who could dictate the game often in areas from the half line to the box, many important and potential passes were lost.

Fabregas, who fits best as a fulcrum, often got ignored when he could have distributed the ball across. This can be expected though since Fabregas didn’t dictate the game much this season so the team is not used to relying on him as a fulcrum during such a tight game.

Moses, who could have passed to Fabregas as the latter was in a decent position to shift the play and create some chances, rather than making a dive resulting in Chelsea going down to 10 men.

Fabregas did display some good distribution from the center and made himself available at the center following the axis of the forwarding players. However most of the time, Fabregas, who was brought in the last quarter and when the team was already 1-0 down, wasn’t up for his playmaking duties.

Instead, he was moving up the pitch most of the time. Also, whenever he tried to distribute the ball back into the box from the left, but there was no one available there.

Luiz’s tight pressing at the left side of midfield did the work.

As a result, the ball passed from left to mid to the right where William, having enough time to adjust the ball, made a perfect lofted pass to Costa into the box who brilliantly finished it with a double-touch and leveled the score while being marked.

If such passing combination and powerful pressing at the flank was shown before in the first half, Chelsea could have initiated their transition attacks higher up the pitch and could have more got chances to dominate inside the box.

However, Blues were on the backfoot again as the game restarted after the Chelsea’s goal. Since the passing was initiated by Arsenal from halfway, i.e. nearer to the box, Chelsea couldn’t manage in time to organize its compact defense as Ramsey made his way into the box.

Arsenal were the better side

In short, Arsenal’s high pressing, compact defense, and getting into the passing lanes – while blocking that of Chelsea’s – did the job throughout which made Chelsea keep losing possession while the latter also displayed a clear lack of balance in their play and pressing.

Chelsea would need to improve their pressing and deploy effective passing tactics to escape their opposition’s pressing else they will remain as predictable as they were in the final.