Real Madrid: How a tactical change shifted the final in their favor

Real Madrid: How a tactical change shifted the final in their favor 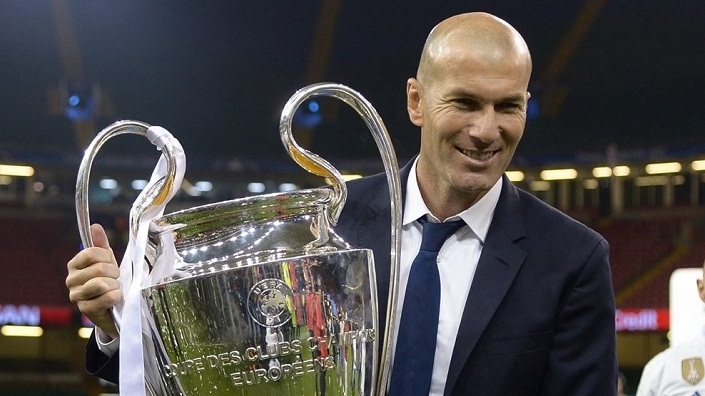 The much-awaited Champions League final gave the football fans too much to talk at least till the next clash of these two football superpowers.

The excitement was reflected in the well-fought score line of 1-1 of the first half.

Though it intensified further in the second half as Zizou made some subtle changes in the positions, the thrill converted into uneasiness for Juventus fans and relief for Real fans when Los Blancos scored twice within the span of four minutes.

The game was over by then.

Juventus’ distribution and build up

Juventus were better than Madrid for the majority of the first half.

They were good in distributing ball across the flanks and managed to constructively build up the play every time they won the ball.

Since they were most of the time able to win the balls back from Real, they rarely built up any play from the back instead mostly did so during transitions.

Juventus got into the passing channels

They made their way to the passing channels within the lines through irresistible crosses which even nullified multiple pressing by Madrid at times.

As a result, they attempted so many shots on target in the first quarter which highly threatened the opposition. Yet, none of them converted into goals.

Juventus relied on a compact defense, quick interceptions, and aggressive pressing high up the pitch and at the right flank especially – thanks to their well-organized structure and Dani Alves. 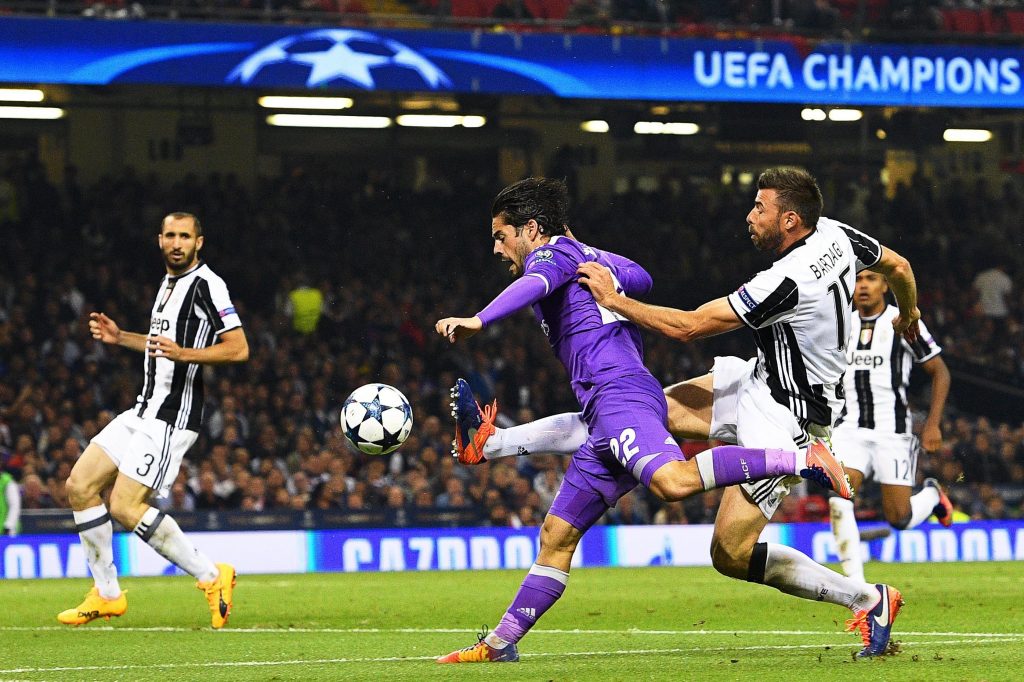 They blocked every possible passing channel against the opposition’s attack which kept Real Madrid at the back foot almost throughout the first half.

Real lacking build up and distribution in the first half

Real, on the other hand, were poor in distribution of the ball and build up all over at the pitch. They were unable to find their way to the passing channels within the compact band of Juventus players.

Even when they managed to get into the channels, they either got trapped losing the ball to Juventus or were forced to pass back.

They were forced to make long passes, which obviously was to Juventus’ advantage.

Real unstable defense and weak structure in the first half

Real’s defense was also not organized enough to block the continuously threatening opposition.

Although they were quick in interception, Juventus’ counter-pressing nullified that throughout the first half.

Even though the narrower width of Real’s 4-3-3 allowed them to close down Juventus’ attacking lanes when losing possession up the pitch, this left the flanks open to be exploited by Juventus.

Even though Juventus defense was organized in transitions, there came a moment when the Italian side’s right flank players was crowded in the opposition’s half so as to exploit the upcoming attacking opportunities.

But as they lost possession to Kroos, the later advanced forwarded and this time he didn’t pass but instead he kept dribbling until he is close enough to the accompanying teammate, Benzema, to pass him in the space slightly away from the blocked passing channels and pressing by the opposition.

Benzema passed to Ronaldo, who was open at the other flank. Ronaldo passed it to advancing-from-the-back Carvajal while moving towards the box in the center where he received the pass again from Carvajal to slot it in the back of the net. 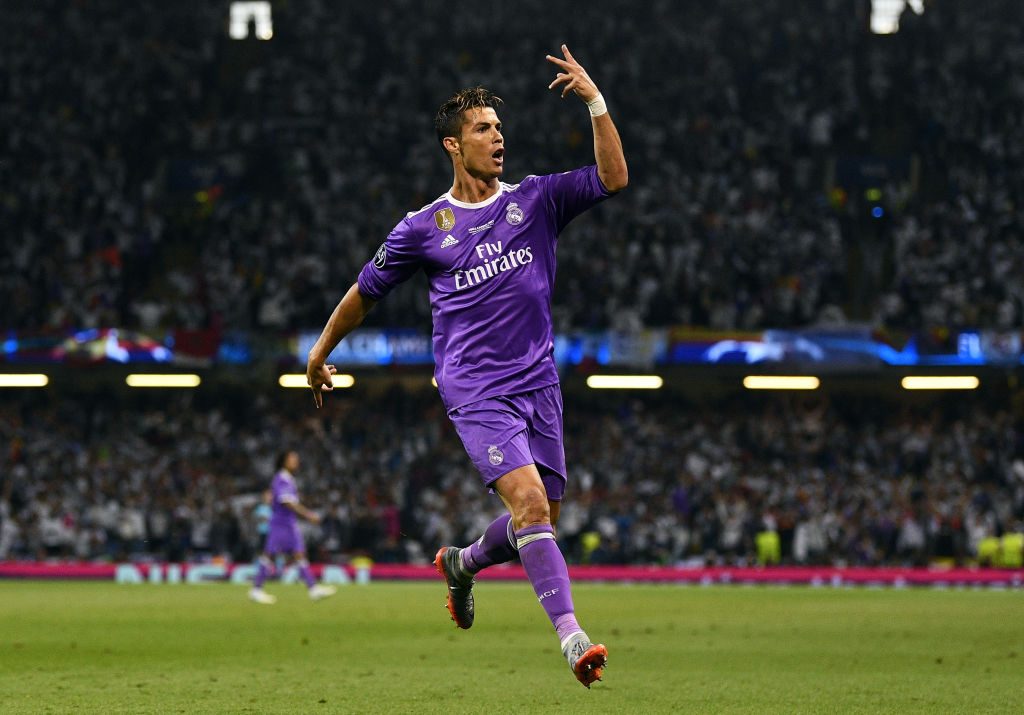 Juventus’ mistake here was that there was no pressing during that transition. On their right-flank, Pjanic didn’t track Kroos down till the last minute allowing the German to release his pass to Benzema.

On Juve’s left-flank, Carvajal advanced up from the back past Mandzukic who didn’t bother to track back. To stop such a quick counterattack, tracking back opposition’s advancing defenders by forward players is the key which Mandzukic ignored that time.

However, Juventus managed to level the score via their wonderful play which ended up with Mandzukic’s now-famous bicycle kick.

In fact comparing the first goals of both teams, Mandzukic’s goal and the lead-up play by Bonucci, Sandro, and Higuain got more attention than Ronaldo’s first goal.

Other than Ronaldo’s first goal, RM didn’t show anything much impressive and were definitely the weaker side in the first half.

But coming back in the second half, they were transformed with their approach varied to dictating play from the center. This tactical change allowed Real to dominate possession and win the key battles.

While Kroos dictating from the center, the play distributed smoothly across the flanks with Isco often offering himself as a passing outlet in between the lines. This favorable structure also allowed them to win back balls more often than before higher up the pitch. 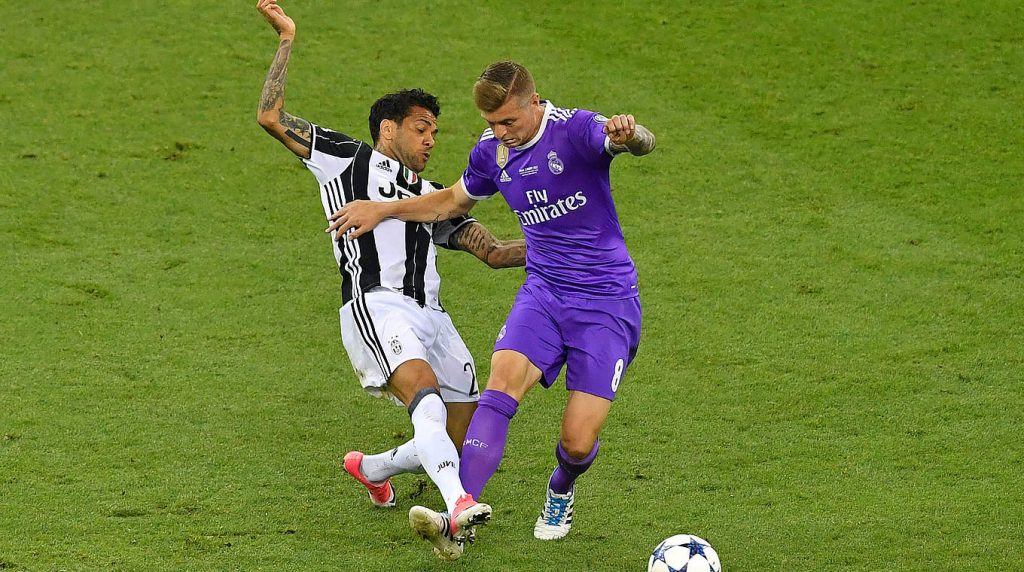 Their aggressive counter-pressing and back-to-back attacks ultimately weakened Juventus’ solid defense, who then found it difficult to get out of their own half.

Real’s second goal might be due to their good fortune as it was scored by Casemiro after it deflected off of Khedira’s foot.

However, its impact was enough to intensify the pressure on Allegri’s players who were already impatient due to Real’s continuous attacking threats following its transformation.

Three minutes later Modric, who won the ball back by counter-pressing, dribbled past his presser up the pitch till the touchline and delivered a cross to Ronaldo, who was already near the goal by then, which led to the third goal. 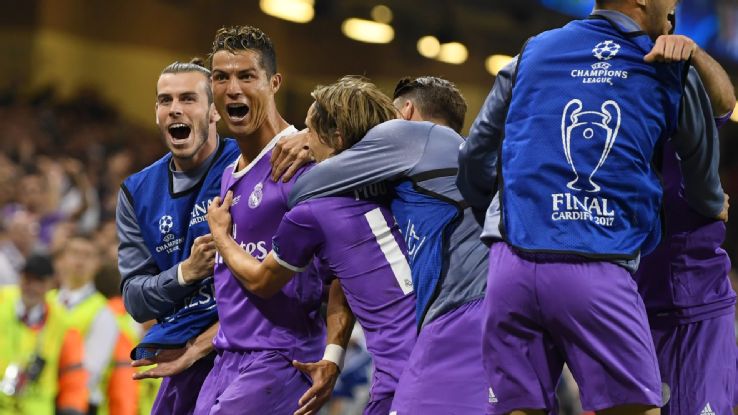 The game was over by then, but Real’s Marco Asensio still added the fourth in the 90th minute following outstanding play by Marcelo. And that was that.